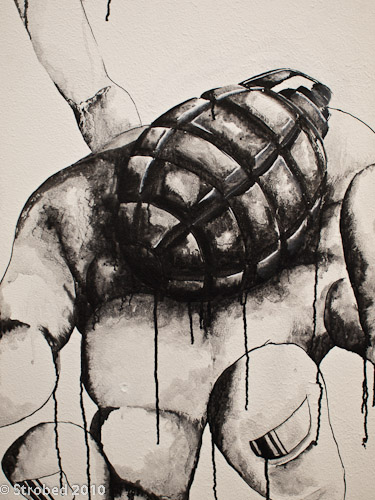 The handout for the latest show at PolyGallery summed up the exhibition nicely: “pieces by a range of disturbed young artists whose work is executed with dark humor and astonishing talent”. Love it! 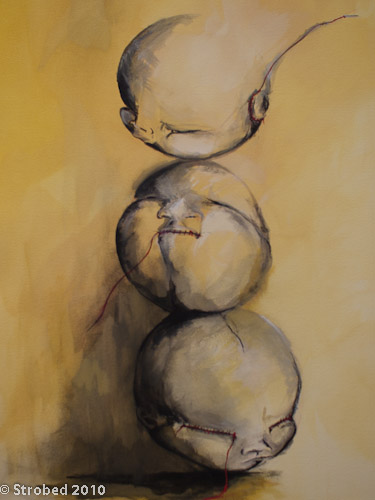 When the world says so - Kathy Leung, watercolour & ink on paper, 2010

This is the first show from young curator Brandy Alexander. We have seen her photographic work in group shows around Sydney and it is clear that she’s made connections with a impressive list of like-minded artist. The collection lived up to it’s name, with artworks that were disturbing, violent, macabre and some that were subtle and beautifully melancholy. 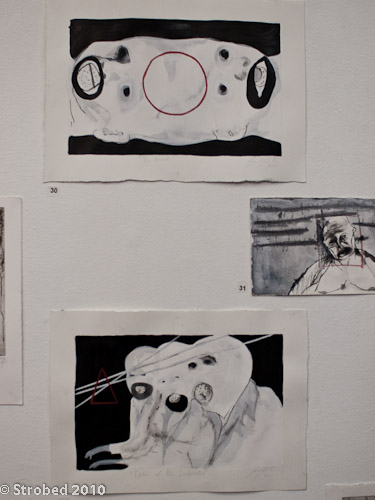 The composition and execution of Sarah Korte’s recent work was stunning. 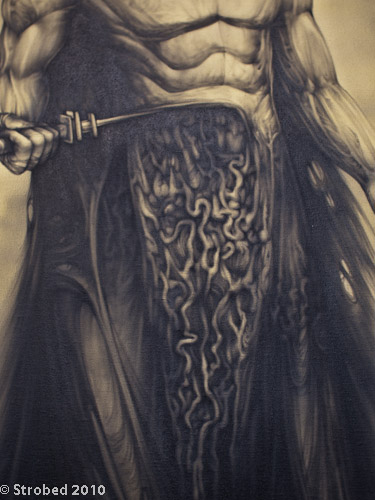 Equally as impressive was the technical skill and imagination of Daus Von Roe. The combination of airbrushing and oil painting in single works created made for incredible detail and complexity. 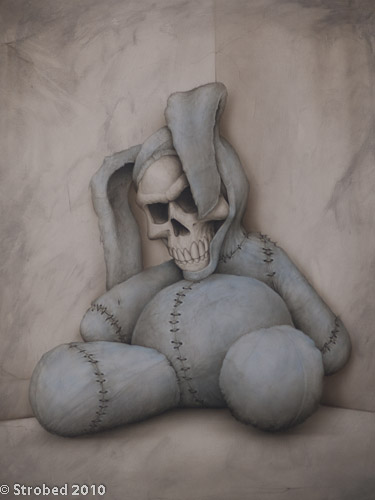 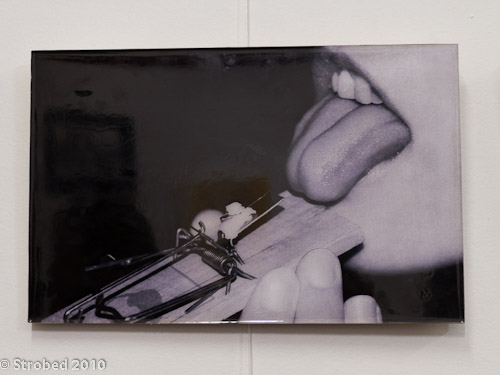 Of all the attempts to “disturb” Troy Hammerton’s mousetrap photos took the prize. There is something so much more cringe-worthy when anticipation is involved! The tight crop lets you imagine that your own tongue is in the trap and left us with phantom tongue pain. 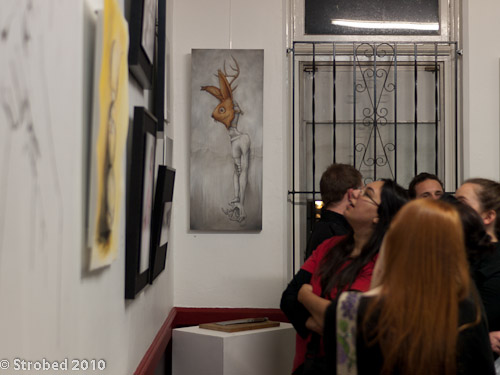 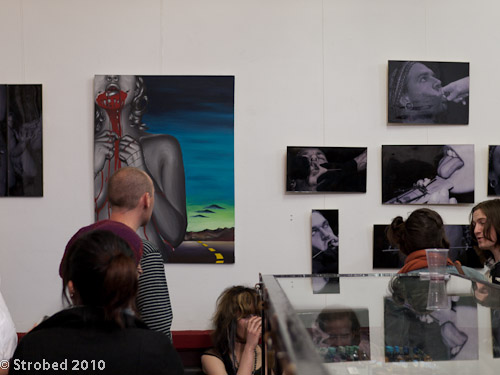 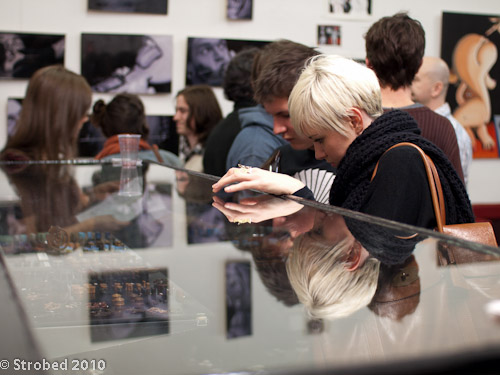 Thanks again to PolyGallery for putting on a great show. The crowd loves it and so should you.