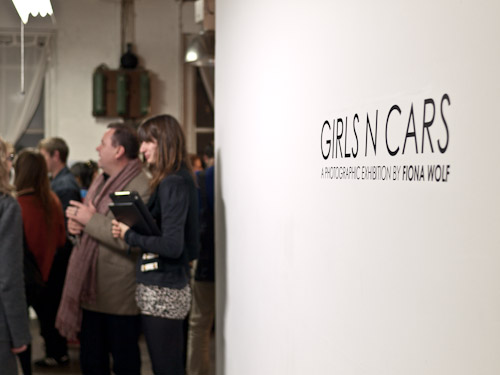 When you hear the title “Girl N Cars” what springs to mind? Trashy car magazines? Bikinis? Autosalon? Fresh from a win at this years Head On Portrait Prize, Fiona Wolf has different ideas. 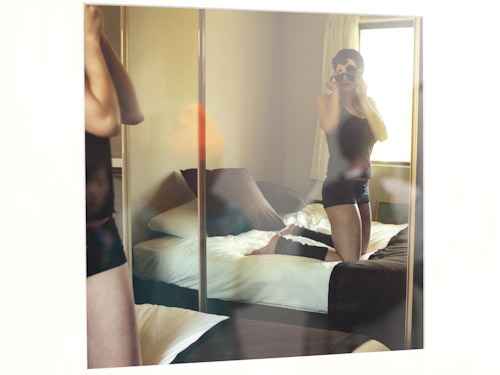 We hear that this show came about as a bit of an accident. While shooting 2 different projects, one examining girls in undies and the other Australian muscle cars, Wolf realised that there was somthing familiar going on with the way she approached both subject. They were all curvaceous, quietly sexy and colourful. 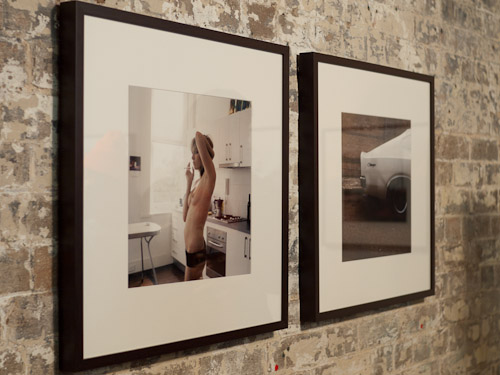 You won’t find fake tits and sequins draped over bonnets in this series. Instead you will find beautifully balanced pairs. Each set of photos matching in tone and mood. 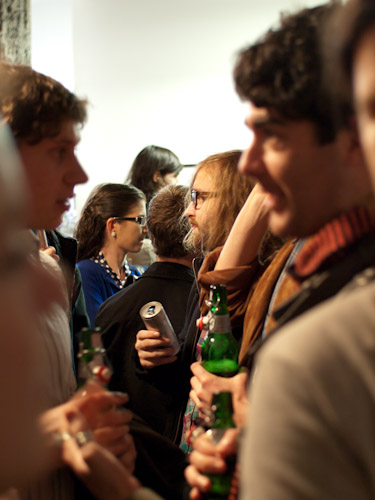 It didn’t take long before photos of the work were impossible to capture.  As usual, the China Heights army of fans were out in force.

All this really means is that you need to go and catch this show before it comes down. Well, that or just suffice with a little snippet of the work and a whole bunch of  crowd shots. 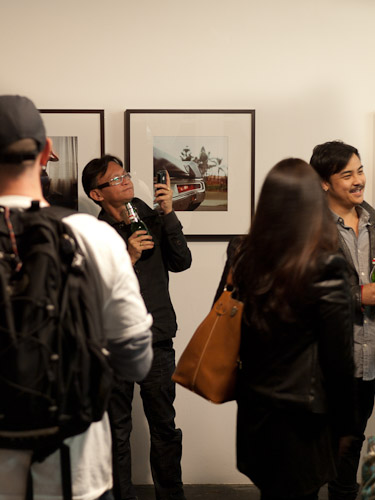 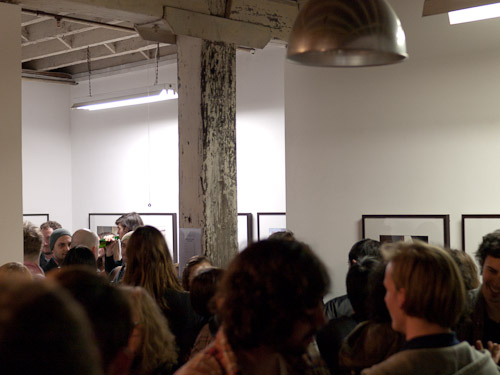 Nice framing… if only people were shorter. 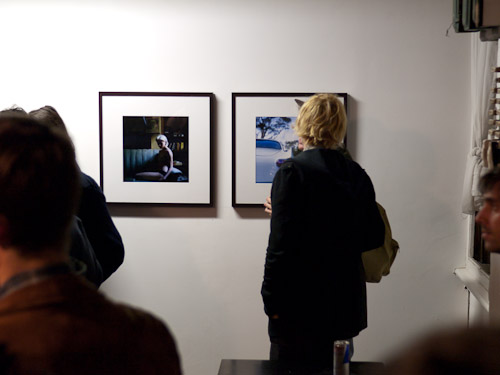