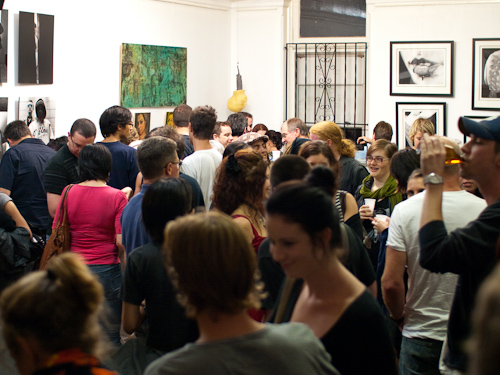 PolyMorph was a very full house on Wednesday night for the opening of Body Mod. The group show included an impressive collection of traditional art forms, as well as performance and installation, all centering on themes of the human form and body modification. 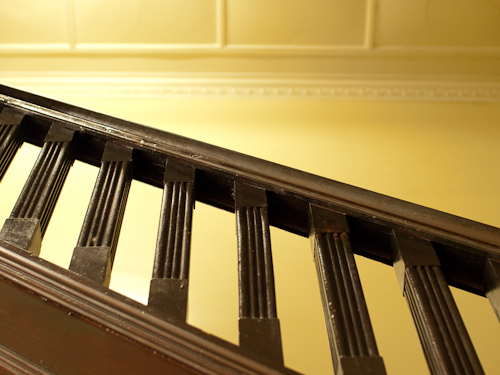 Hidden upstairs in a gorgeous building on Enmore Road, PolyMorph usually opens it’s doors as a piercing studio. As artists themselves when it comes to needles, modification implants and hooks, it’s not a surprise that the PolyMorph peeps have spread their wings and successfully built a following in the wider artistic community. 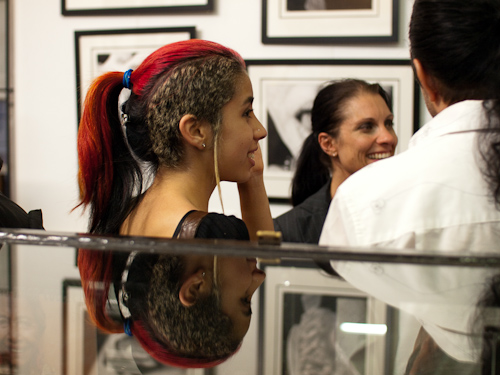 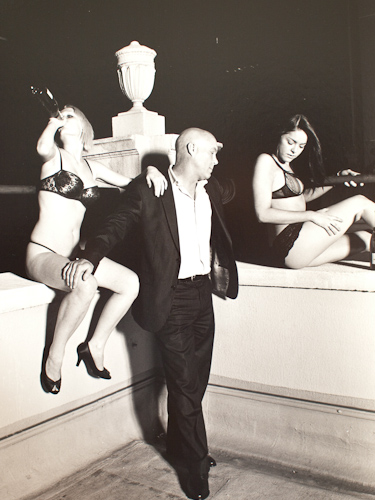 Photographer Nita Holly contributed a series of 6 stunning portraits, revealing stories of living out sexual fantasies. A book of the series accompanying the works revealed the title “What Makes Your Engine Run? Desire. Desire. Desire. 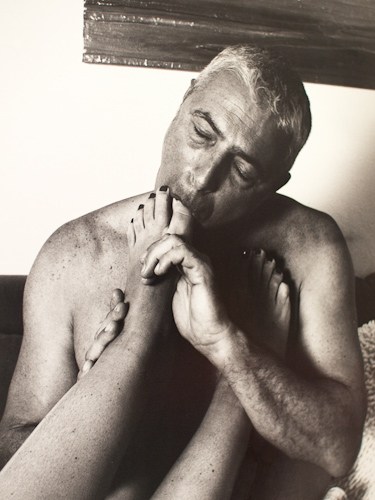 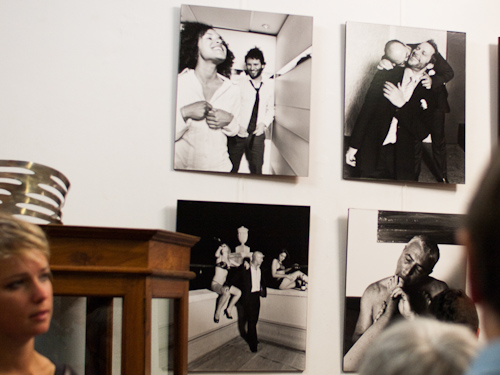 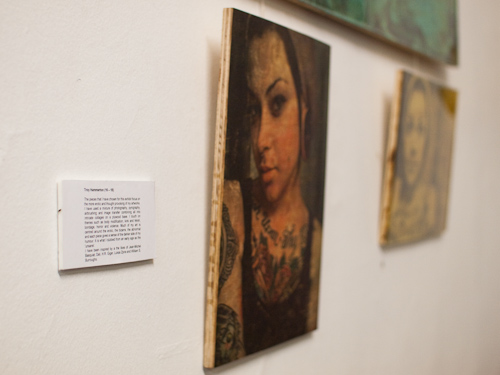 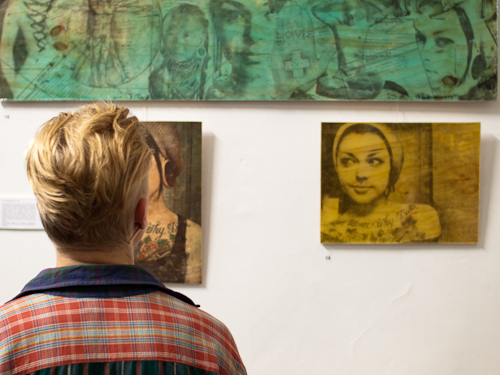 Troy Hammerton’s mixed media works were delicately executed. His collaged of images and portraiture went from cheeky to sinister across his body of work. 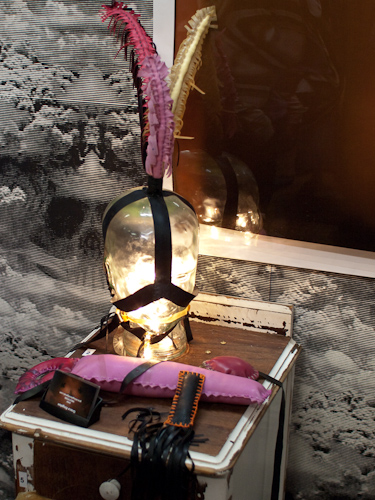 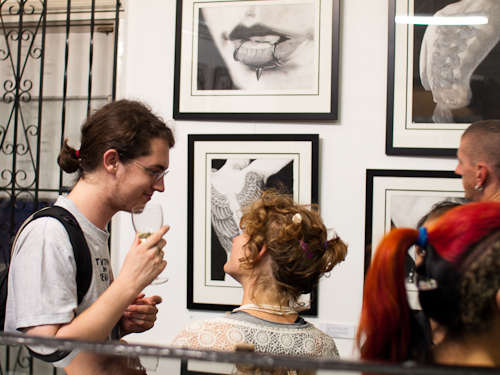 Maddison Darcey’s series of drawings  each represented a different element of body modification. 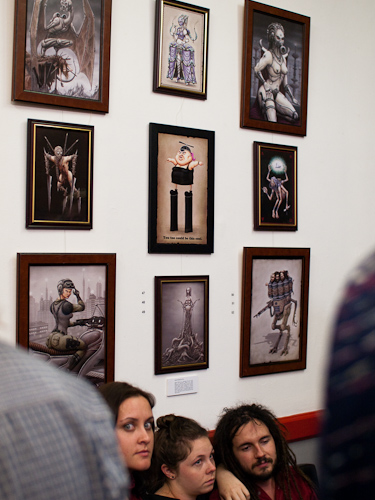 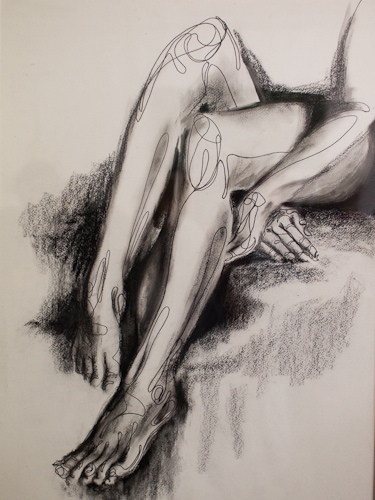 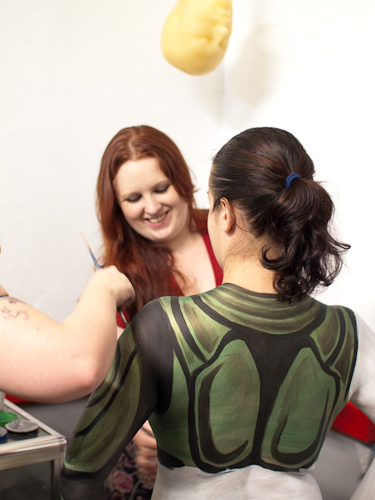 Hidden in a back corned under a suspended wax head (Icarus – Peter Skinner 2009) was the beginning of the evenings performance art – some seriously sci-fi influenced body painting by Gillian Meeke. 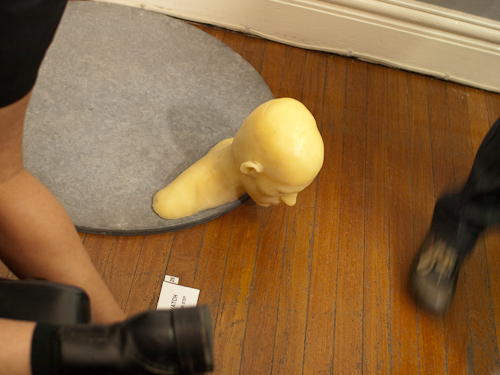 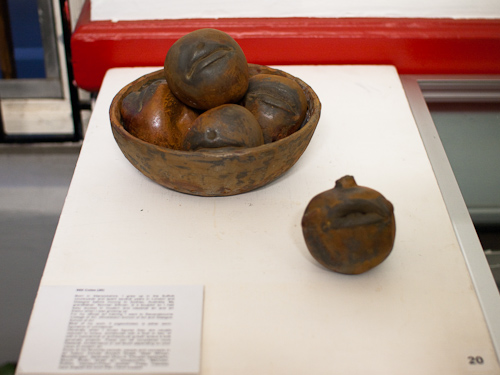 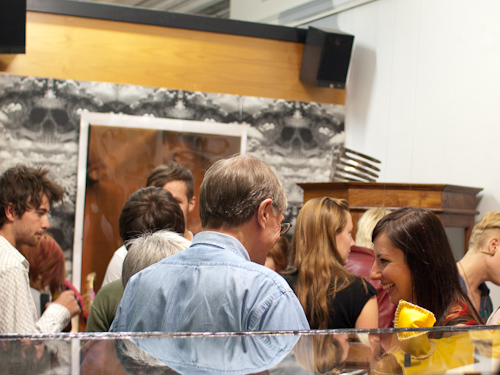 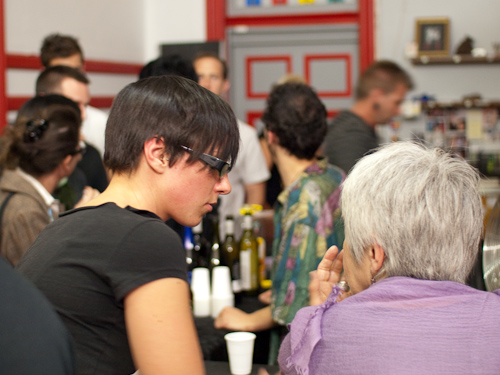 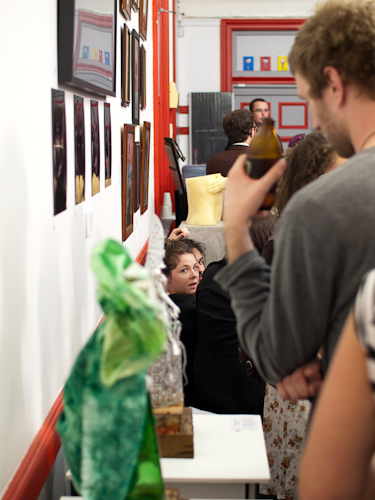 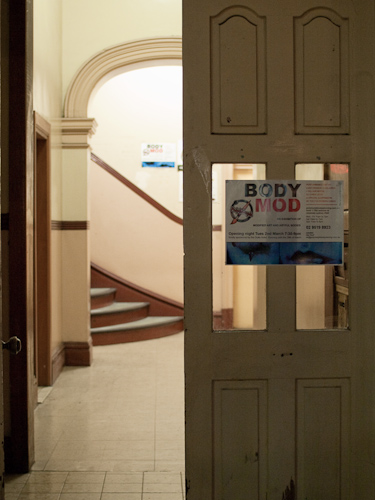 Great turn out for the show, a lot of excited artists and a lot of appreciative art lovers. We’re looking forward to the next one.