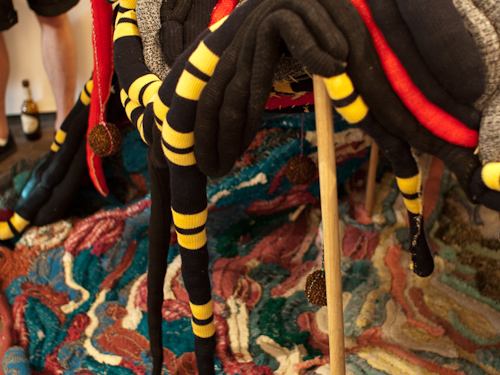 Firstdraft has been closed for a while now with the promise of bigger and better things in 2010 owing to some serious renovation work. Wednesday night was it’s grand re-opening, showing off the tidy new format of the gallery and the work of 5 artists worthy of benefiting from the hype. 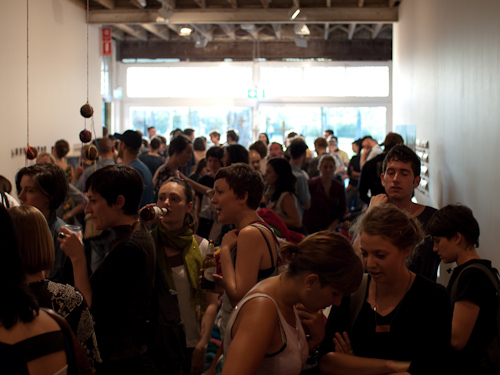 As expected, it was a busy evening with people elbowing their way in the door to get a glimpse of the action. 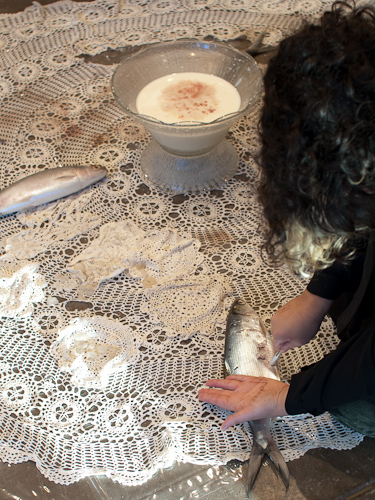 A large space in the front of the gallery was dedicated to the performance piece HOLY by amira.h. The work involved a series of rituals, created by the artist, which derived roots in Christianity, Islam and the Occult. 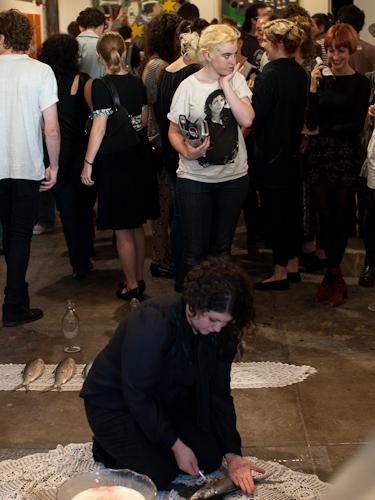 The careful rituals were perormed over and over, in a durational performance. The artists focus did not waver, which created an intense and intimate air, despite the proximity of the curious crowd. 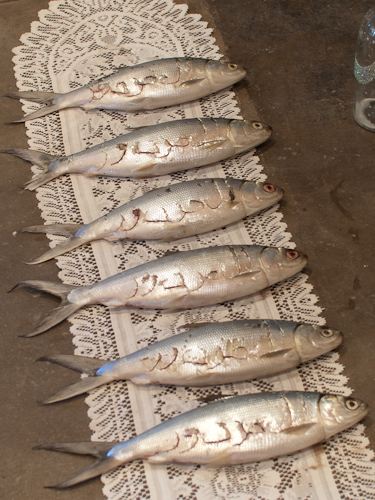 The performance was captured in a series of polaroid photographs, which will remain in the gallery, with other remnants of the work, as an installation for the duration of the exhibition (we are hoping, for the sake of gallery staff, that this wont include the fish). 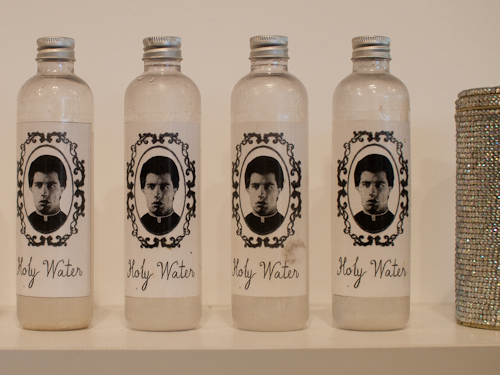 HOLY also included a collection of “religious” tokens. All delicately handmade by the artist. 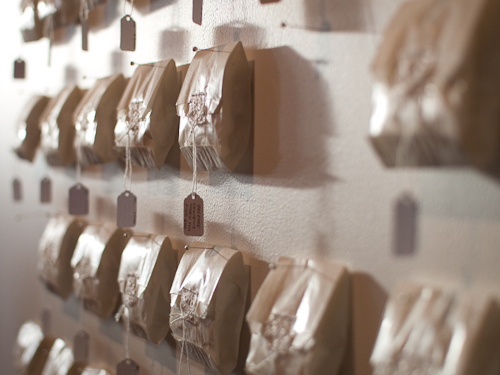 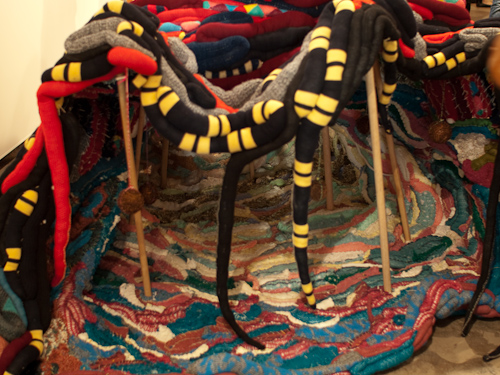 Alice Lang’s collection of installation work  was joyous. Her use of colour and form really bought the space to life. Her work Jumper Pod was made from second hand jumpers, stitched together to form a cave. Her work is grounded in a very metaphysical concept, playing on ideas of space, sensory experience and the organic nature of her work. I suppose our reactions to the work fit in there somewhere, because all we wanted to do was crawl inside. 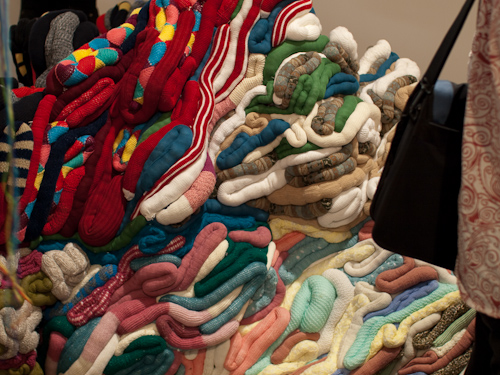 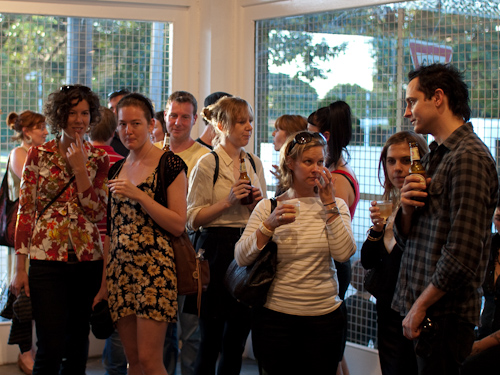 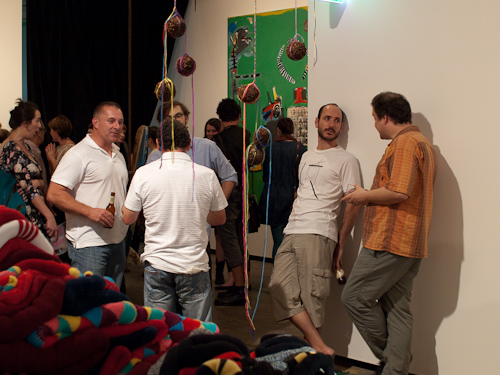 David Sullivan’s collection Between The Flags was a big, bold and somewhat confronting series commenting on Australian icons and the potential danger of localism. 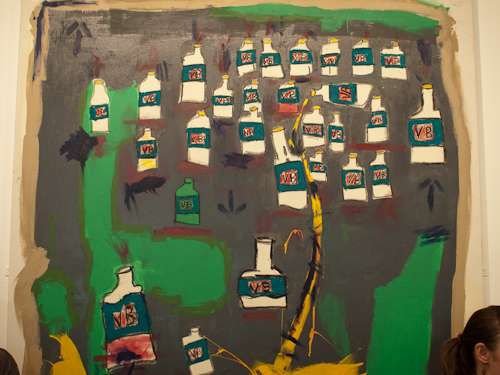 Sullivan’s large canvases were naive in style, while carefully composed to balance colour and subject. 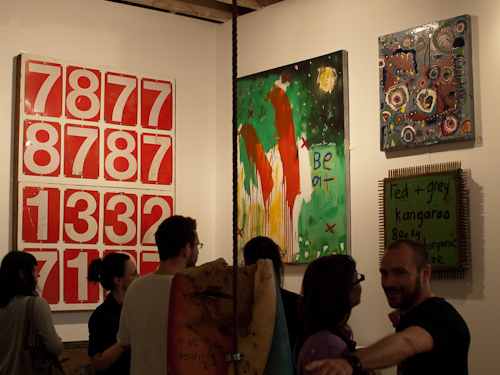 The collection also included mixed media and installation work, each piece focusing on a different Australian cultural group or stereotype. 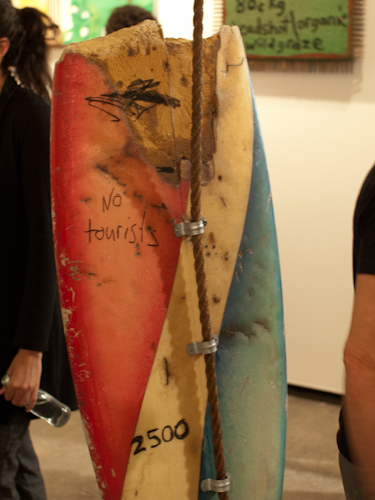 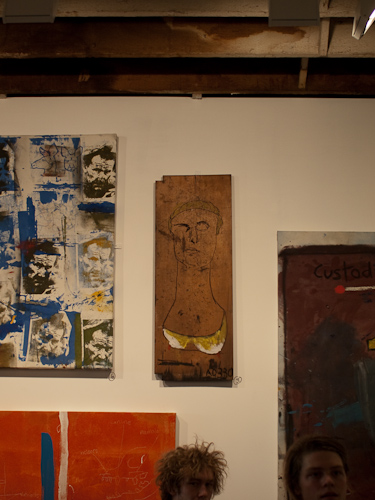 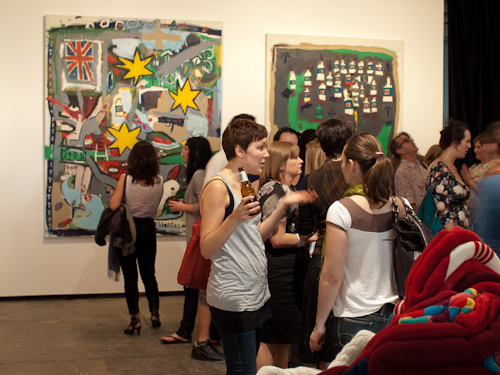 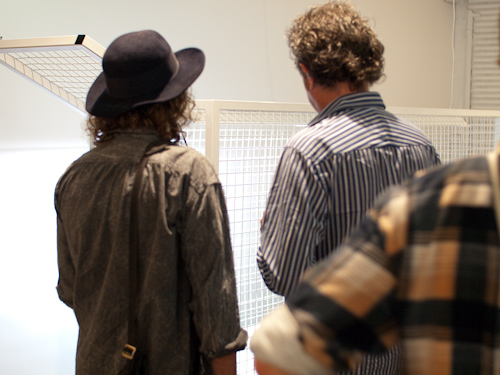 The back gallery was dedicated to the installation series Twitch by Lachlan Anthony and David Withers. The collection was clean and clinical. Light Exposure featured a clean white mattress, mounted in a white coated steel cage with overhead fluorescent light, flickering menacingly. 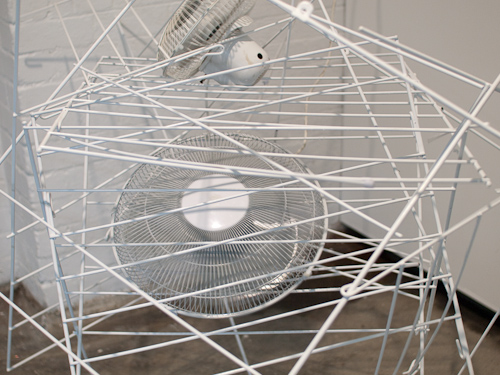 Untitled 333 featured electric fans, mounted in a jumble of clothes racks. It seemed to be simply familiar objects in an innocent sculpture. Until the work was switched on and the fierce rattle of metal on metal, accompanied by the wind from the fan’s spinning blades, brought the work to life. 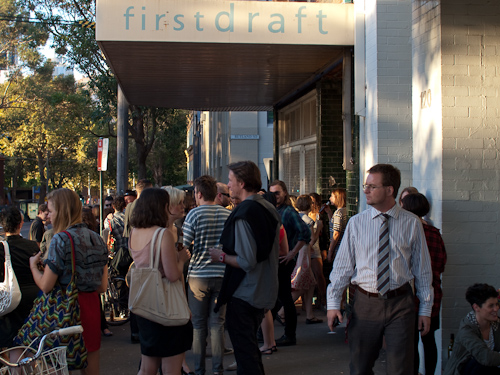 As we left a lot of the crowd were enjoying the air on the street and the evening sun. It’s great to see this venue back on the map, and kicking off the such a great start.