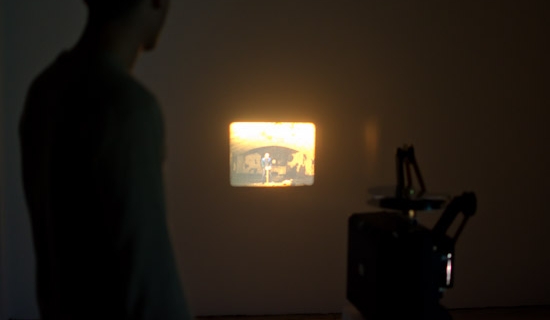 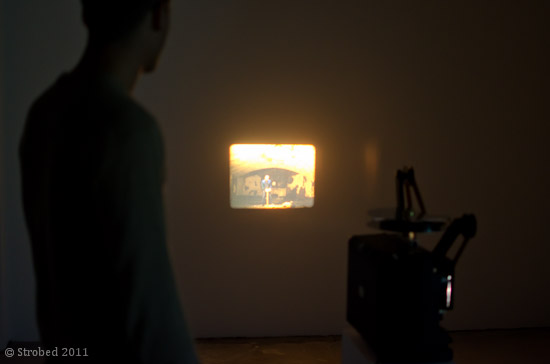 The Gallery A.S. phenomenon seems to be about bringing a serious amount of hype and credibility to the humble “pop-up” exhibition. Booking amazing venues and backed by well connected PR types, the Gallery A.S. shows already have a reputation of being epic. The latest offering was served up across 3 levels of the former Paramount Pictures Building in Surry Hills. It was a labyrinth, and an enormous one at that.

The show paid homage to its namesake: motion pictures. Installation, sculpture, painting and embroidery all had a space, but nothing was more popular than live filming of a man on fire. We have no idea what that was about, but it was fun to watch. Exploring the many rooms and staircases gave the show a bit of an adventure and was a nice change from the usual 4 white walls.

In short, there were some incredible works by incredible artists and a rather massive crowd gathered to enjoy it. And there was a guy on fire. 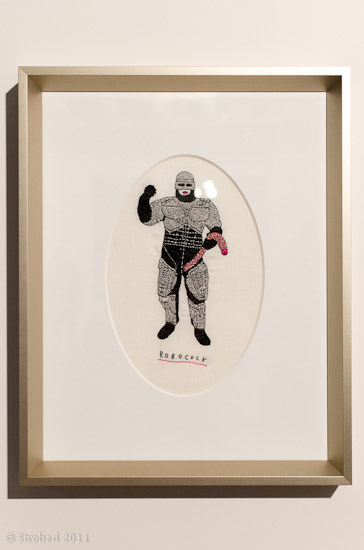 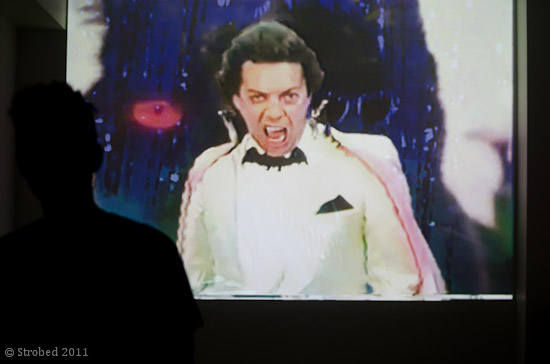 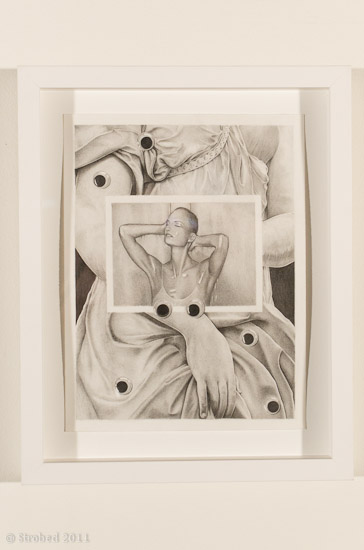 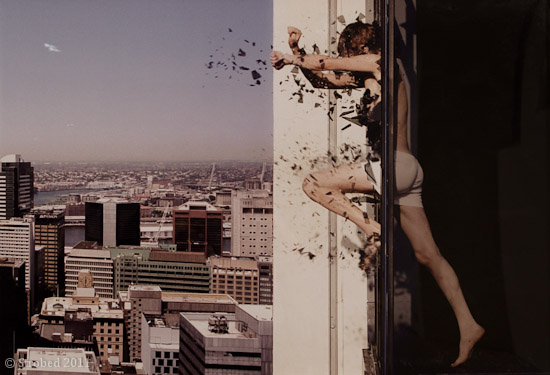 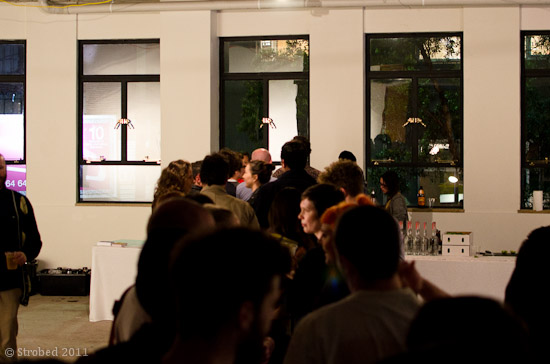 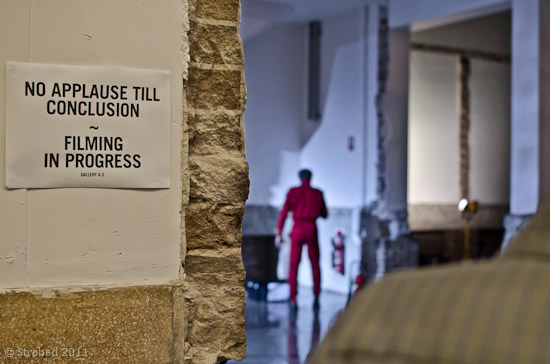 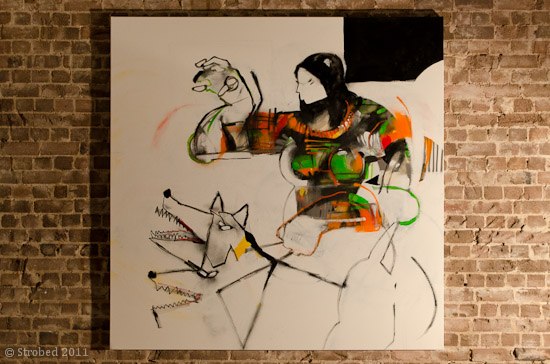 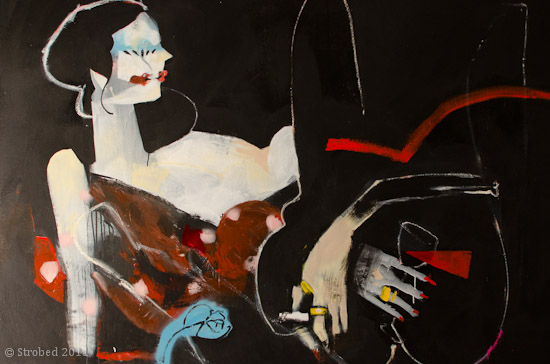 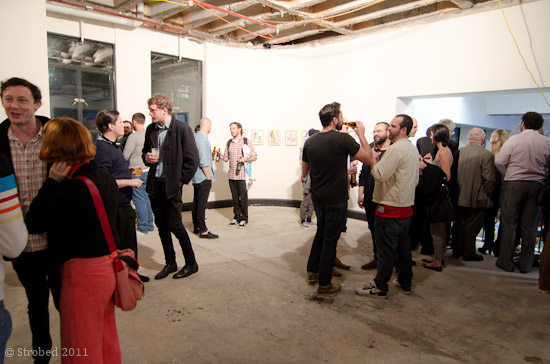 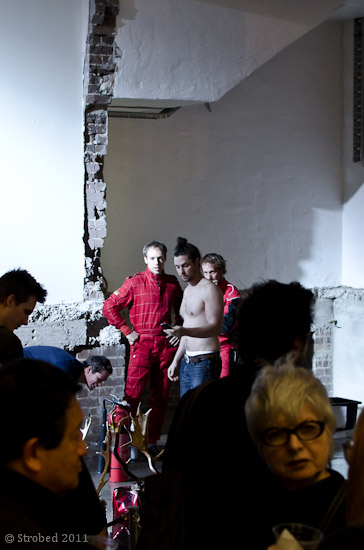 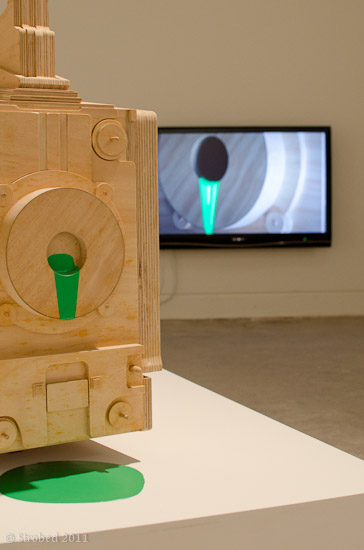 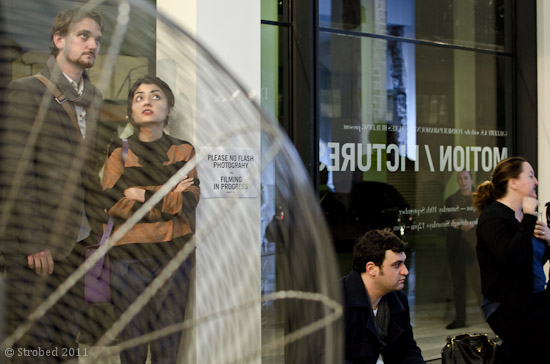 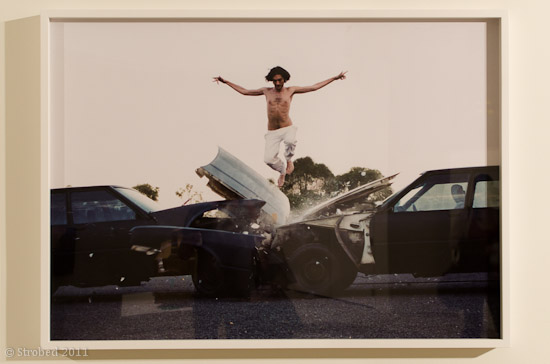 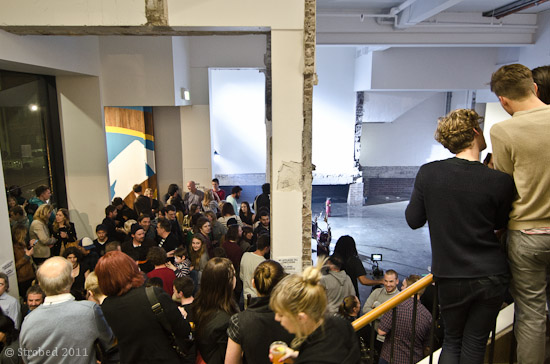 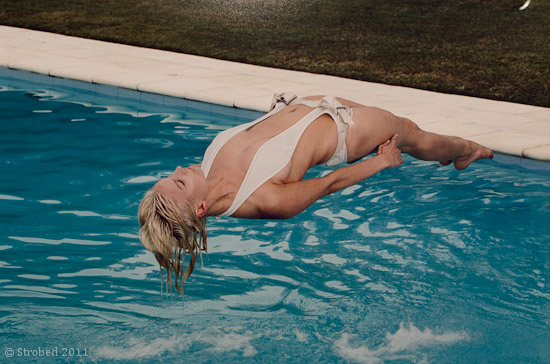 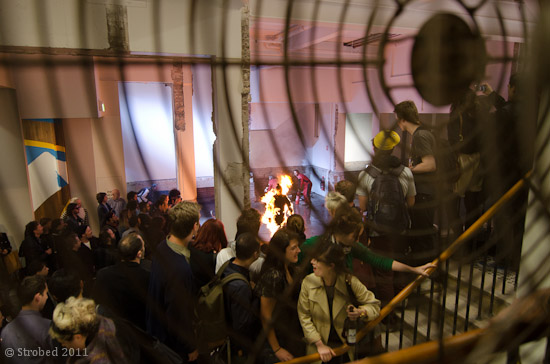 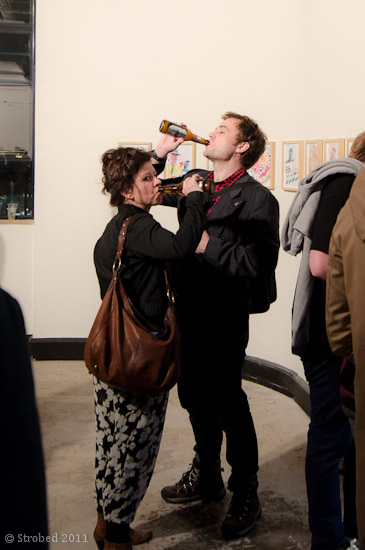 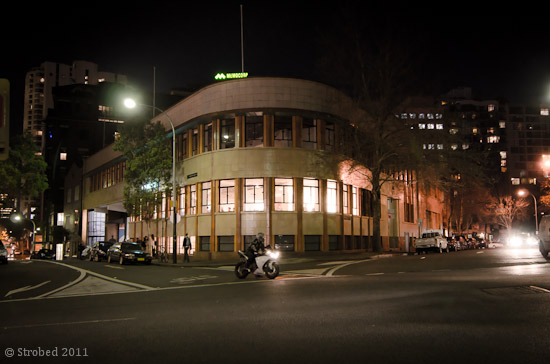 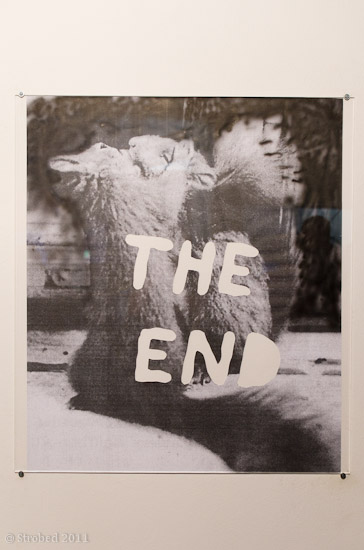 Apologies for the lack of artist names – none of the works were labelled. We were going to guess, but perhaps that wouldn’t have gone so well…