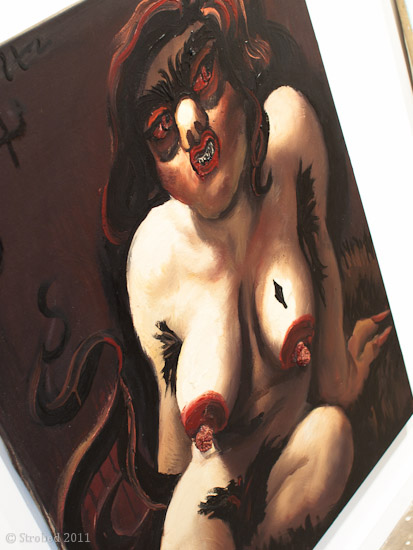 Walking into MOP to explore Tim Schultz’ s newest exhibition was a fairly frightening experience. Schultztown is a retrospective of Shultz’s work, put on display as a fire sale to make some room in his studio. 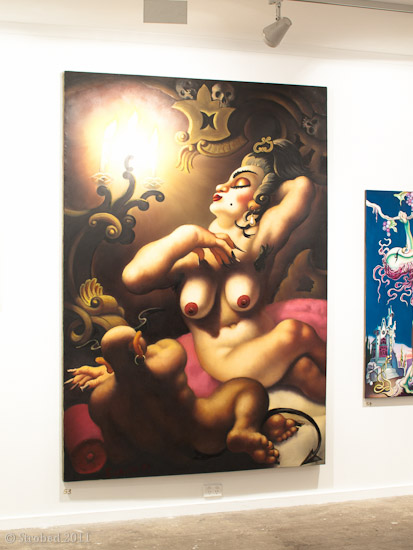 The collection covered more than a decade of Schultz’s work, covering his changing aesthetics and themes. One thing united all his work and that was the fascinatingly grotesque nature of his figures. 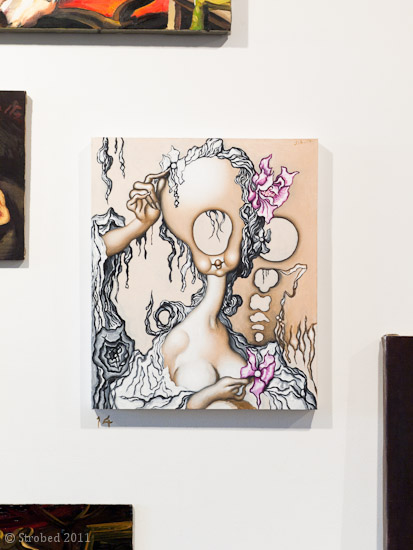 The paintings were hungs from floor to ceiling, with prices and the occasional title painted on the support columns of the gallery. There was no structure to the way the show was hung, which added to the ad hoc nature of such a bizarre and vast collection. 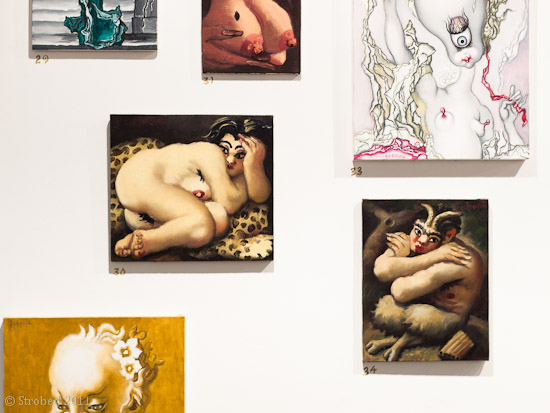 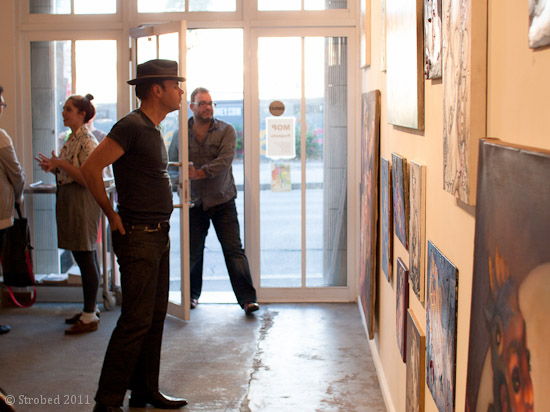 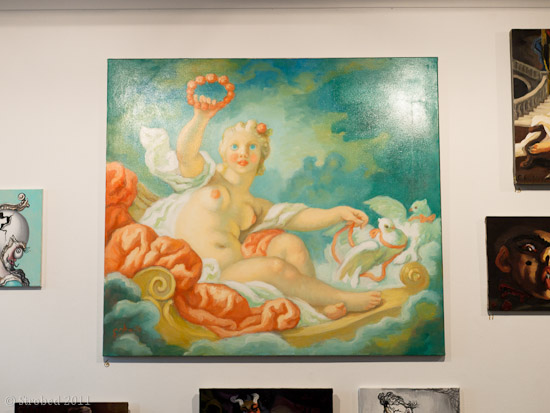 Also showing was Bed-knobs and Broomsticks, a collaborative collection of works from Monika Behrens and Rochelle Haley. 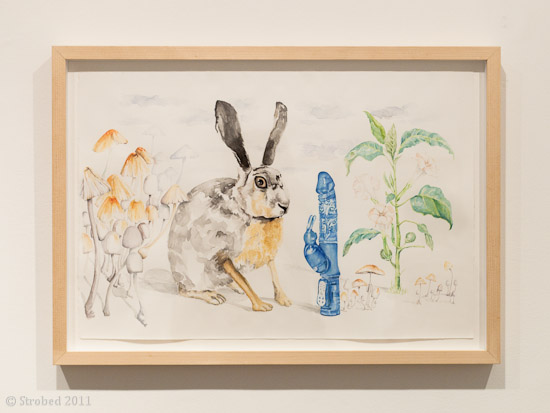 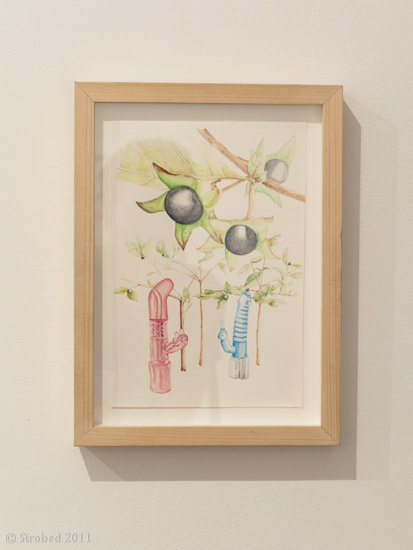 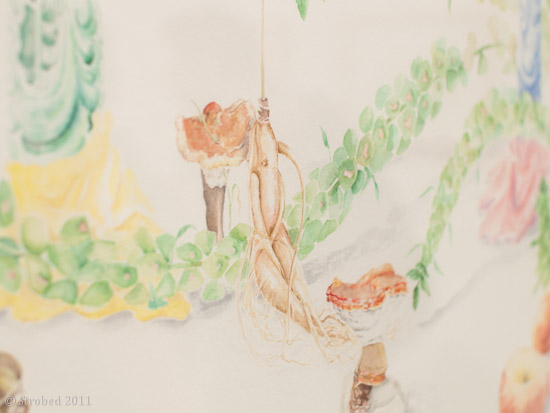 It was definitely a show that made botanical illustration just a little cooler. Love it. 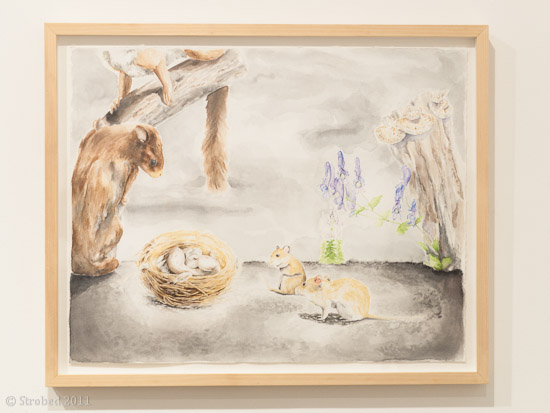 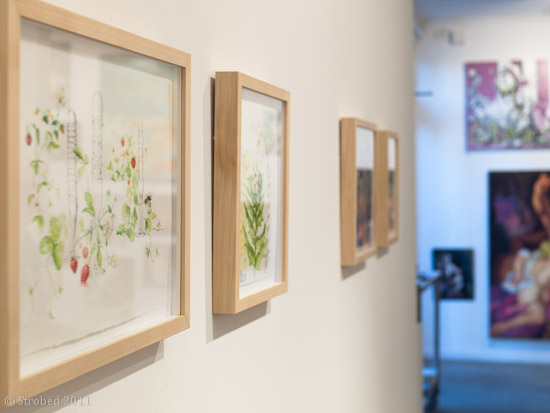 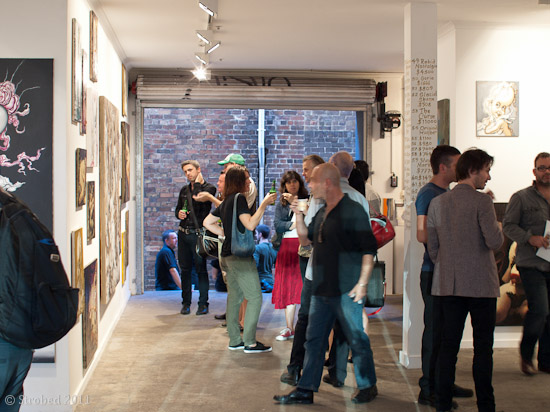 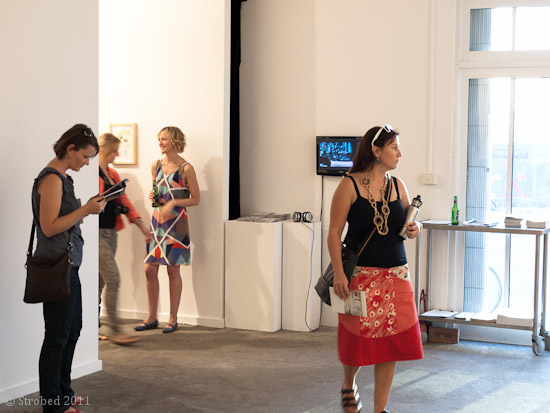 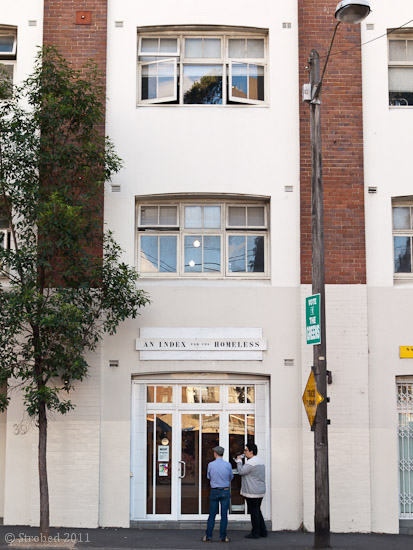 A great couple of shows. They are up for another week (until April 10, 2011) so get along if you can. If you can’t, check them out online!