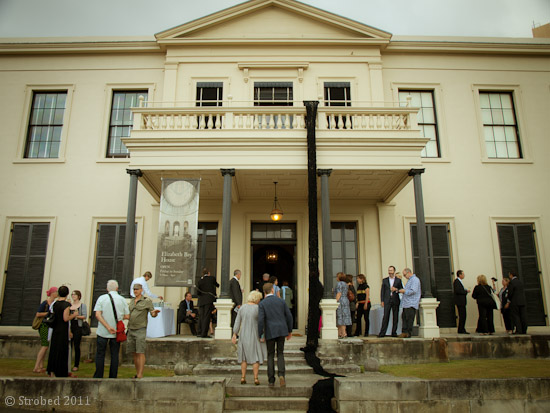 Part of Art Month Sydney’s goal is to heighten the profile of artists and galleries. What better way to do this than to curate and exhibition that people have no choice to wander through as they go about their lives?

James Dorahy has called upon some of his favorite artists and local businesses to turn the main street of Potts Point into a group exhibition known as The Art Windows Project. 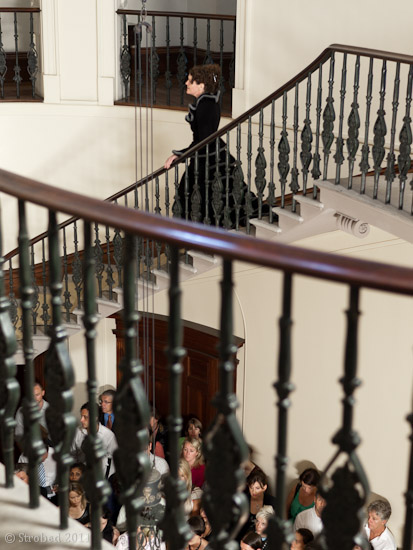 The launch party for the Art Windows Project was held at the beautiful Elizabeth Bay House. Hundereds of people turned out to enjoy the launch and see the performance piece my Guerilla Knitter, Martha MacDonald.

To be perfectly honest we don’t usually get into performance art, but Martha’s performance took our breath away. Having filled the venue with black knitted hangings and wearing a knitted version of a period dress, MacDonald explored themes of loss, disconnection and loneliness. She sang sorrowful folk songs from her american homeland accompanied by the fiddle, bringing chills to the audience. As the music was played she used the era of the building to transport the audience to another time. 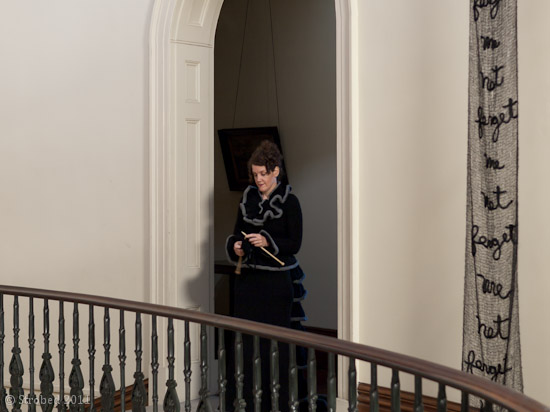 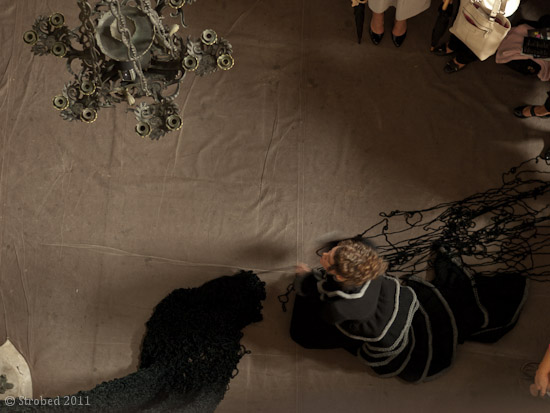 MacDonald built the performance to a climax as she destroyed her creations to the eerie melodies. It was serene and violent all at once. 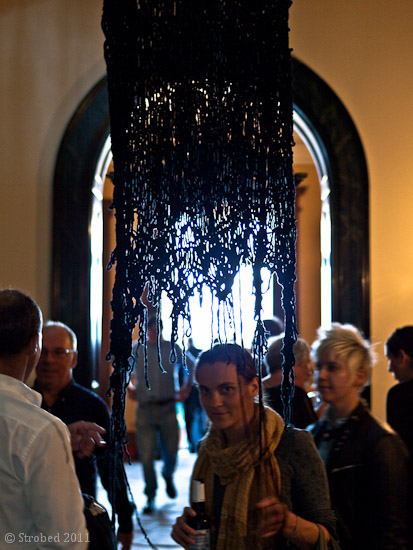 A huge applause met the end of the performance and marked the beginning of the self guided tour. 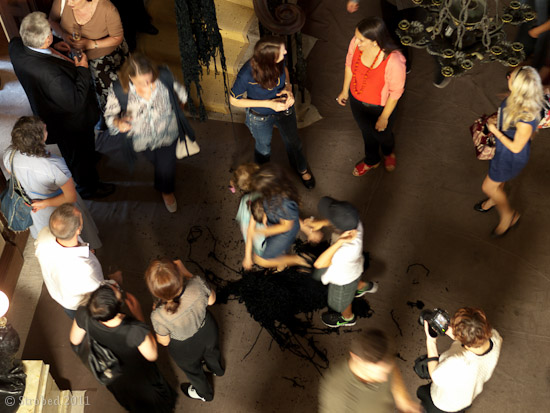 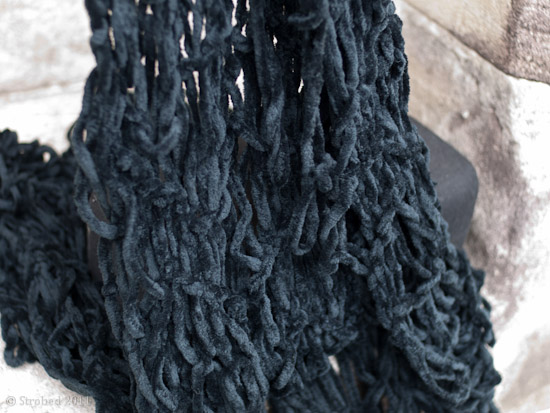 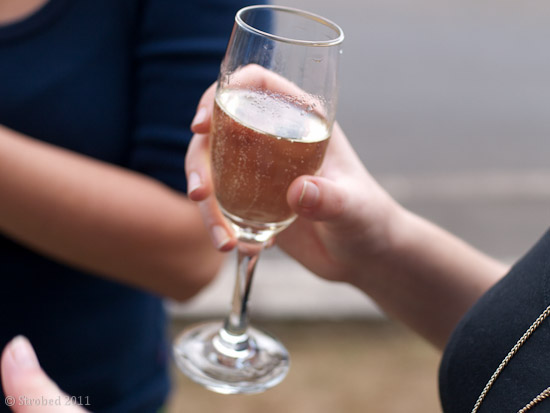 Back out in the air we finished our champagne, grabbed a map and set off to explore. 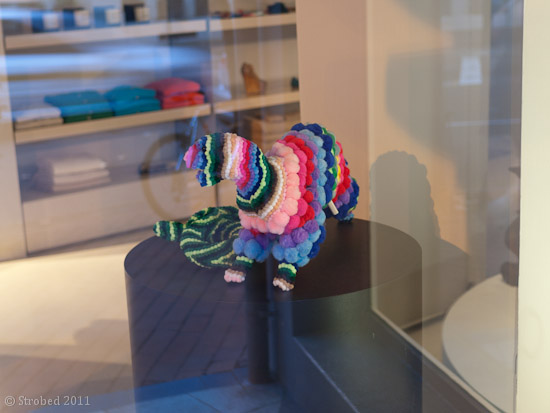 The first stop was the windows of Arida, where Troy Emery’s magical beasts had found a home. They were a joy to look at – who doesn’t love pompoms!? 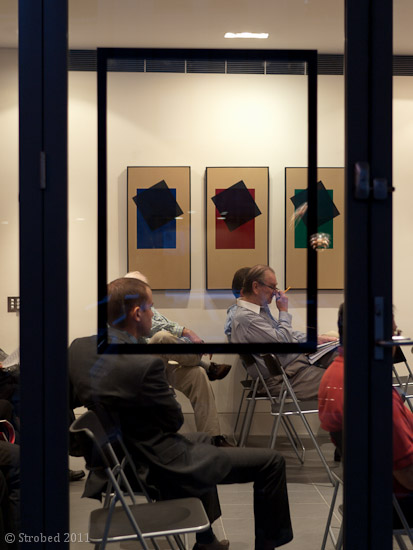 We peered in the window of Richardson & Wrench saw the wonderful work of Pam Aitken. Using the window and back wall of the room she played with colour, shape and uniformity. Hopefully whoever won the auction also though a few of her pieces would look great in their new apartment! 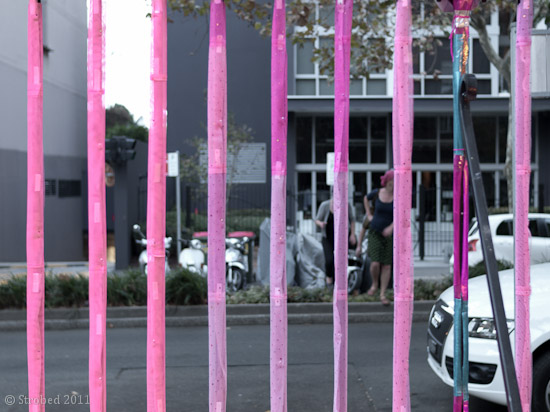 Next stop was the Australian Institute of Architects. A vibrant installation by Ali Noble greeted us. Amazing colours and textures brought a smiles to our faces. 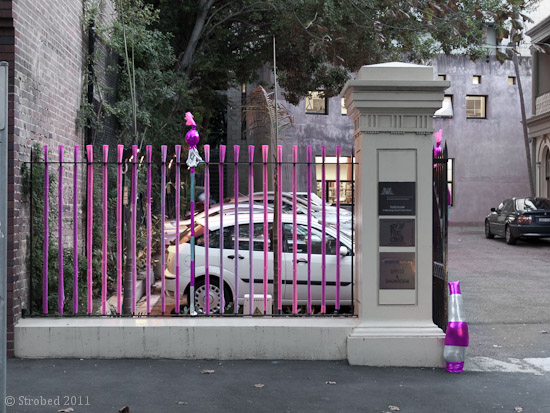 As we walked through the gate and into the building we found the work of a few more fablous artists. 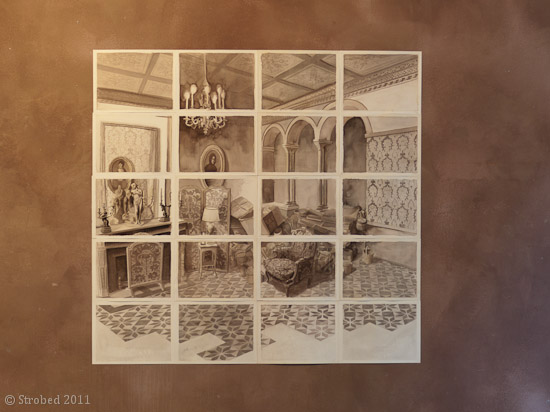 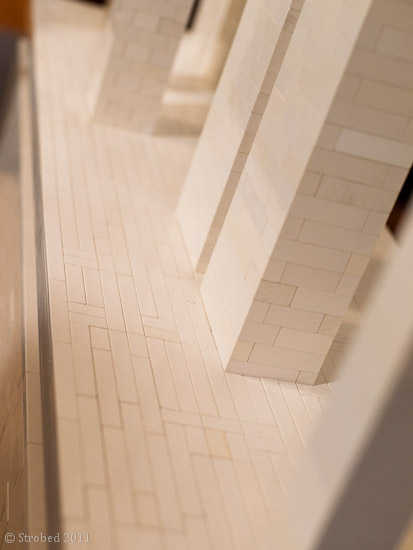 It was difficult not to touch Justin Tendall’s Lego creation. There has to be a part of everyone that longs to return childhood and build something exciting out of the tiny plastic blocks. Tredall has made an artform of it, literally. 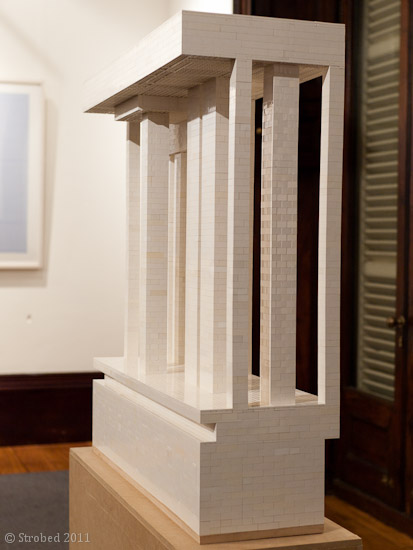 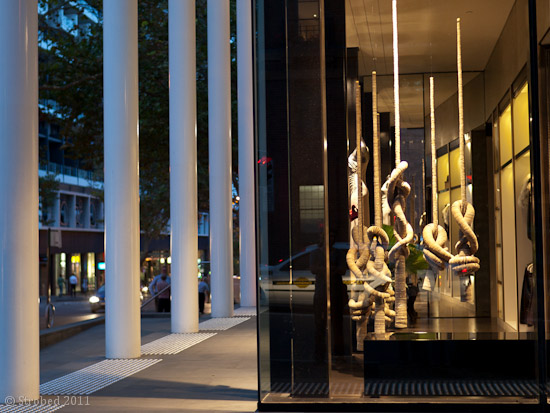 On the corner of Macleay and Greenknowe was the window of Becker Minty Woman featuring a fantastic installation from Tracy Luff. Her giant knotted ropes are made from thousands of individual discs of cardboard threaded together. 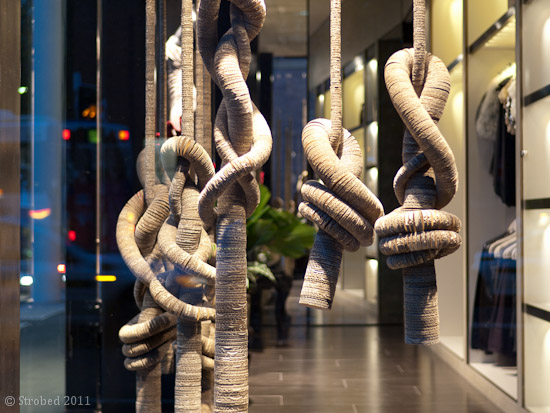 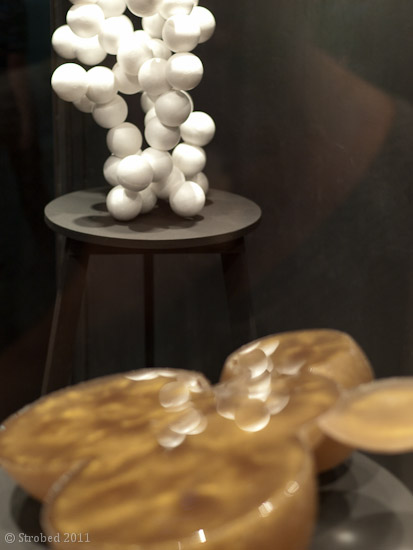 X Cross X displayed Marits Fraser’s creations. Her resin cast looked delicious like perfect toffee. Having been a fan of her paintings for some time, it was nice to see her sculpture for the first time. 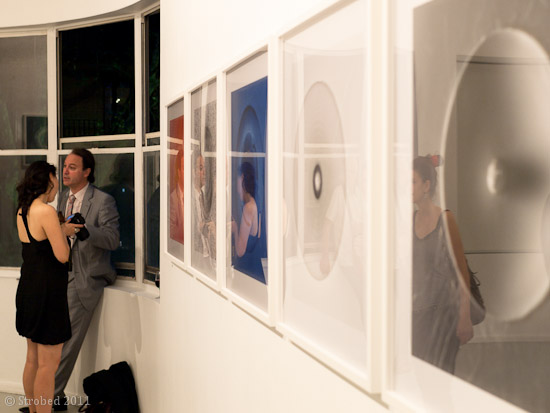 Our next stop for the evening was James Dorahy Project Space to check out the current exhibition from Nairn Scott. Although not part of the Art Windows Project, we couldn’t resist the oppertunity to pop in whist we were in the area. 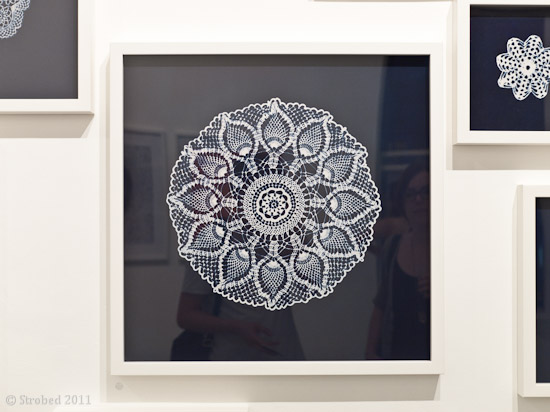 The collection featured a series of works which were a photographic technique examining doilys. Apparently Scott scoured garage sales for these outdated ornamental accessories. It was wonderful to see their intricacy displayed in such a way by creating something new and beautiful from a somewhat archaic item. 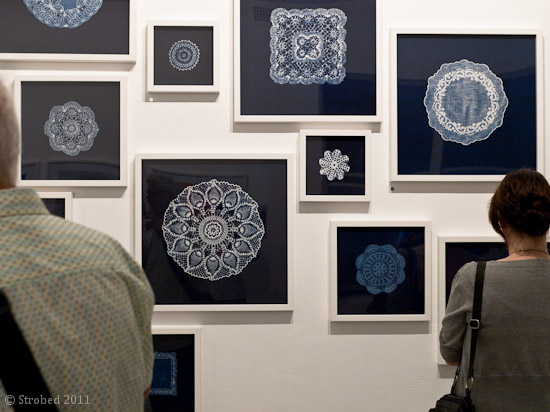 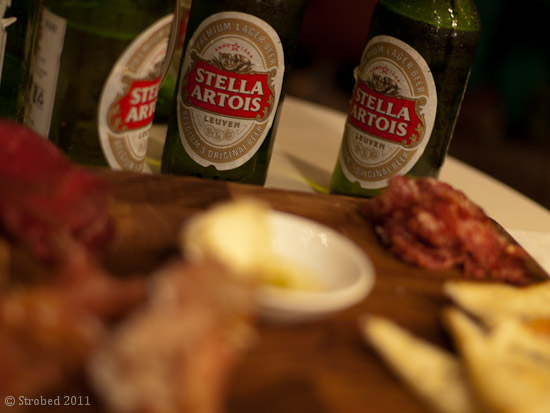 Last but not least we headed to the Beresford Hotel for the one night only “Art Bar”. With generously sponsored Art Month drink tokens in hand and a fierce hunger after wandering the streets and exploring the Art, we sat back and enjoyed the atmosphere.

If you haven’t gotten involved with Art Month the clock is ticking. There are plenty of openings and events coming up over the next 2 weeks to enjoy and we highly recommend you check out the Art Month Calendar to see what’s on near you.

Also, definitely worth checking artist David Eastwood’s writeup of the project on the Art Month blog.