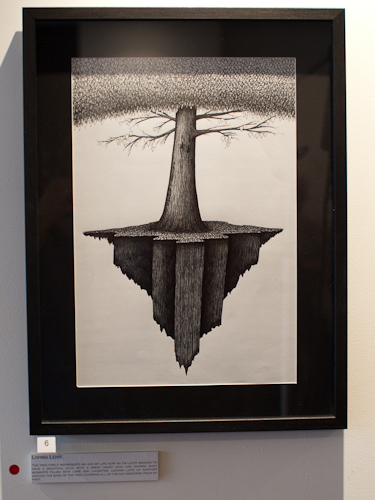 Artist Harry (aka Debra Barry) presented her debut solo exhibition at Hardware Gallery on February 18th. After spending 9 months in prison on false charges of kidnapping and attempted murder, Harry has evolved as an artist whose work is a means of communication and reflection on a rocky past with a bright future. This collection of 50 works of art, mainly delicate felt tip pen drawing, is an incredible achievement. 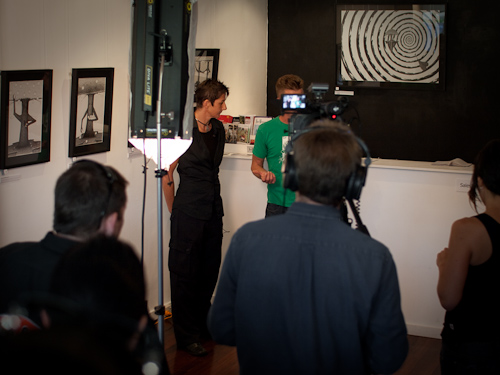 We arrived in time to catch the opening address from Harry and Lew Palaitis, Hardware’s director/curator, who spoke about the people and circumstances that led to making the show a reality. Many friends, supporters, family and art lovers had turned out for the opening which had been publicised widely over the preceding few weeks. The Sydney Morning Herald had run a story providing a snapshot onto Harry’s  past and the motivation for the show. 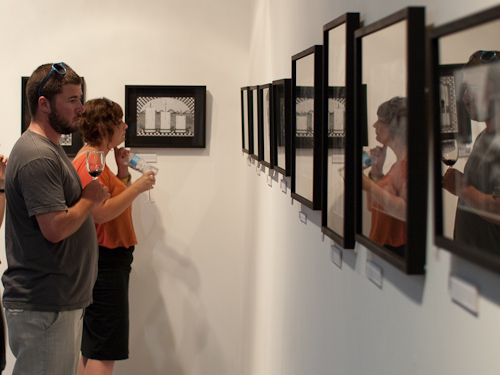 Each artwork was astounding in the meticulous detail of each pen mark. It was clearly visible, as you wandered trough the gallery, that Harry’s technical skill and style had evolved as she produced one work after another for this exhibition. The balance of her later compositions was beautiful. 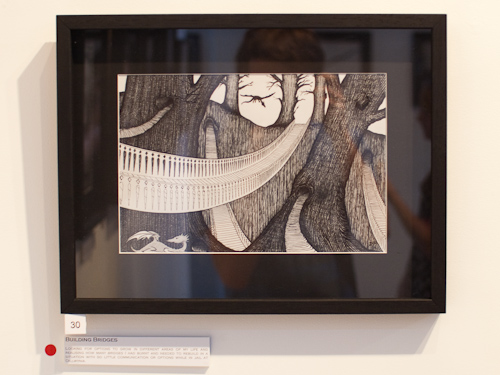 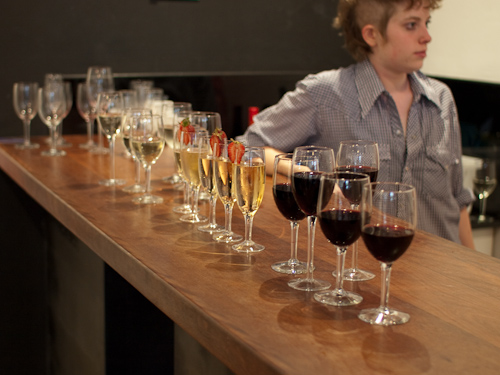 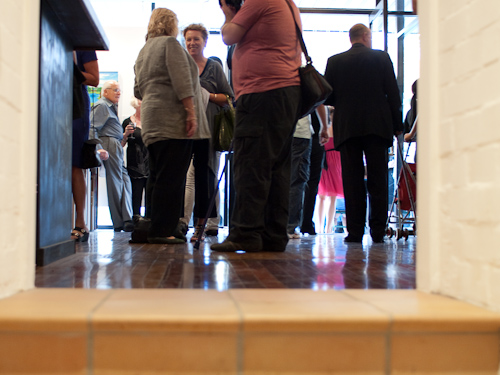 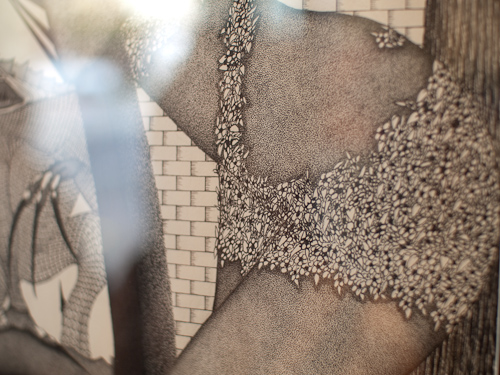 Tonal segments of work seemed carefully blended inks or watercolours, yet on closer inspection revealed individual points marks, like in this detail shot of “Shock“. 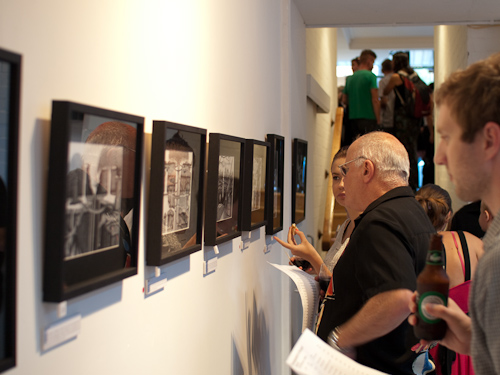 It was nice to see the red dots multiply, a sign that there will be a nice base of private collectors watching Harry’s career in the future. 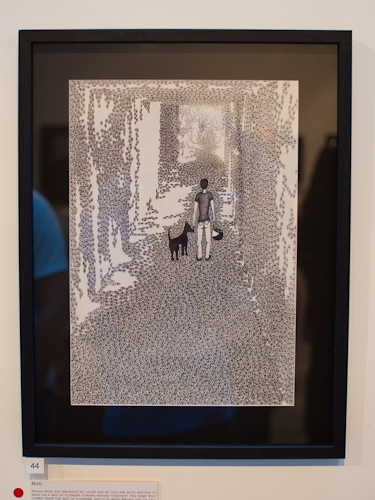 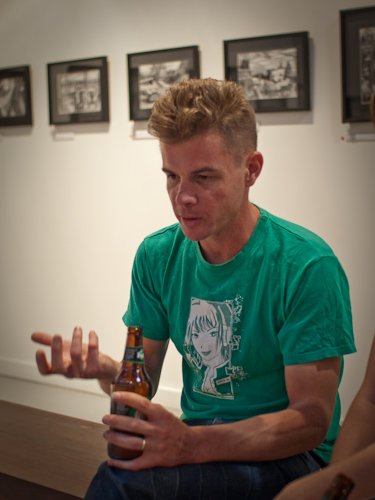 Lew Palaitis, enjoying not only another successful show at Hardware, but the success of a friend. 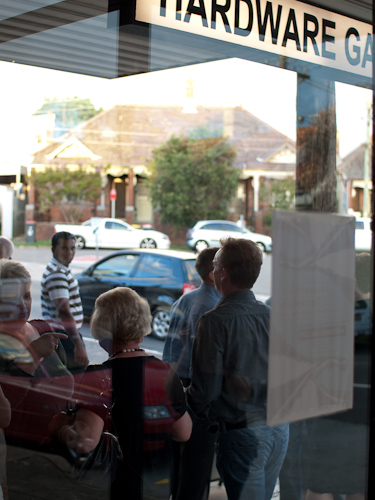 With the promise of another show in December 2010, it will be interesting to see what else is to come from Harry. Stay tuned.