With a tagline as awesome as “something between an art exhibition and a science fair,” how could we resist not taking a peak at this exhibition by Sydney’s Dorkbot group? 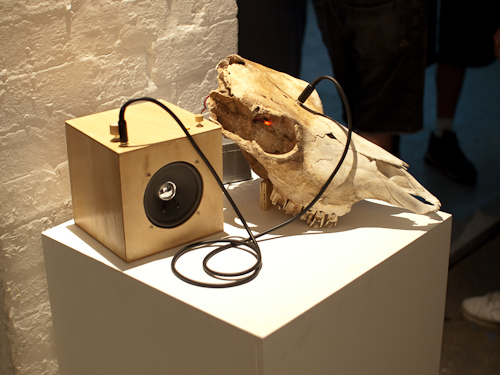 This work “Art is great to waste time before dying” by Samuel Bruce was haunting. Electronics hooked up to the dry skull of a horse were a representation of his thoughts on “certain vague worries regarding the social utility of art-making“. I can’t say I full gathered his concept… but I liked the art!

All the works in this show were interactive. A collection of visual, aural and tactile experiments using electricity. And I think they could have powered the works with body heat because Serial Space was packed for this one. 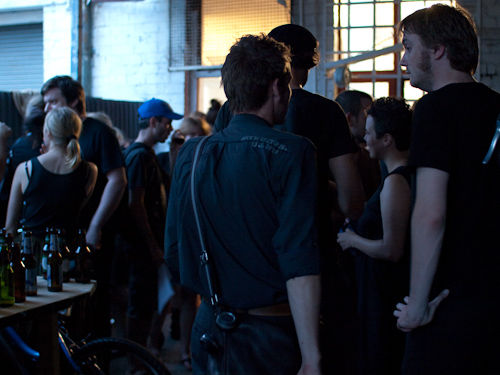 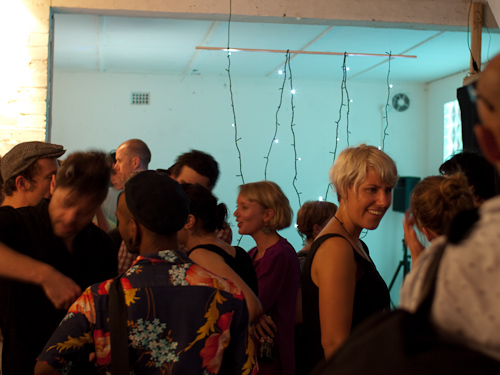 I took some muscle to push through and to try a few of the interactions for ourselves. 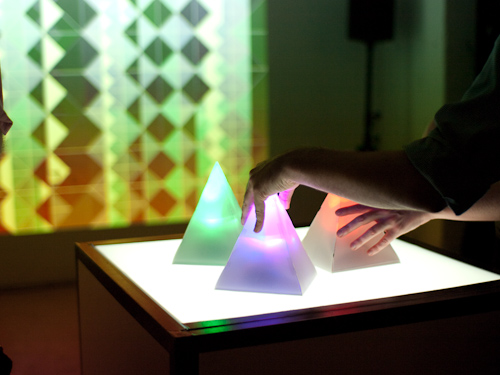 “tr-IO” by Lukasz Karluk + Gentleforce was spectacular. The piece centered around triangular forms: 3 glowing pyramids were used to control an ever changing motion display of cascading triangles which was projected on the adjacent wall. Beautifully executed, it was clear that the science and art were perfectly fused, the aesthetic was just as impressive as the electronics. 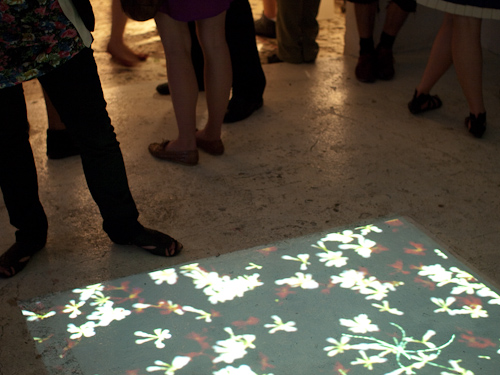 “Niche” by Tega Brain was a interactive animation that”grew” in different ways depending on the interaction of the viewer. 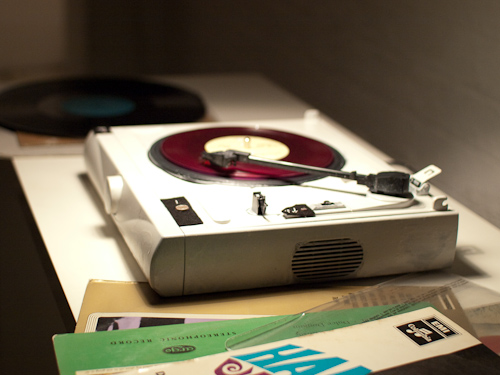 Melissa Hunt customised a record player for “Light Speed Sound #2” so that it could be controlled by light sensors she states “As your hands cut the light between the lamp and the resistors hear the changes in sound and current resistance. The action almost feels like you’re stroking sound or scratching with light”. 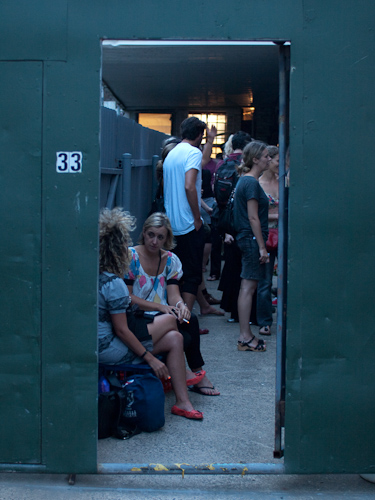