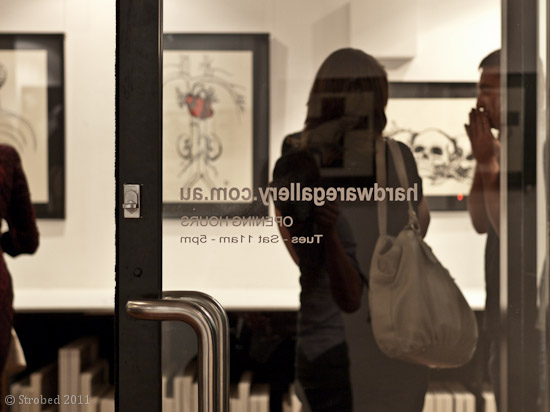 As the sun dropped during the first week post daylight savings time we entered Hardware Gallery to check out the latest by Beth Josey Andrew Ensor.

Josey’s series of works was dominated by linoleum prints examining the many poisons that are hidden in beautiful organisms. Ensor’s delicate and beautiful architectural-based ink drawings studied the power and crumbling beauty of historic castles as they slowly become obsolescent. 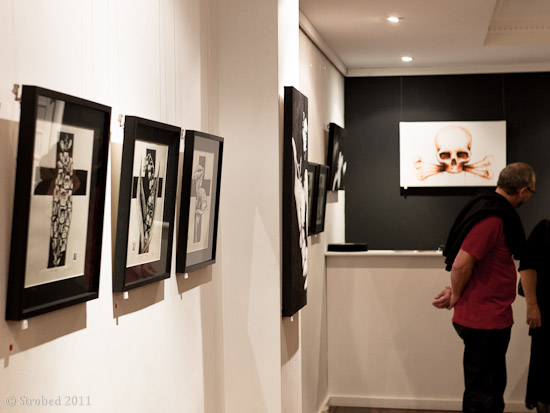 Josey’s collection, primarily in black an white, was a series examining themes of beauty and toxicity. The bold prints were dramatic and had a powerful visual impact on the white walls. 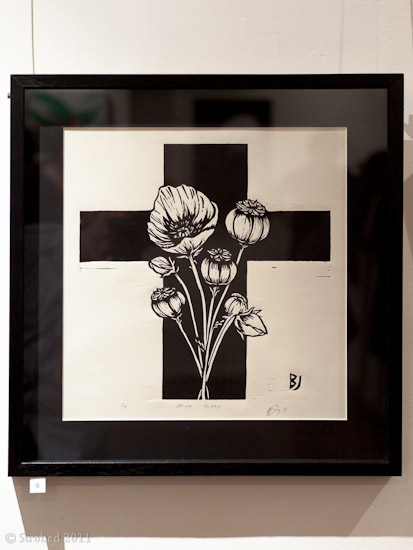 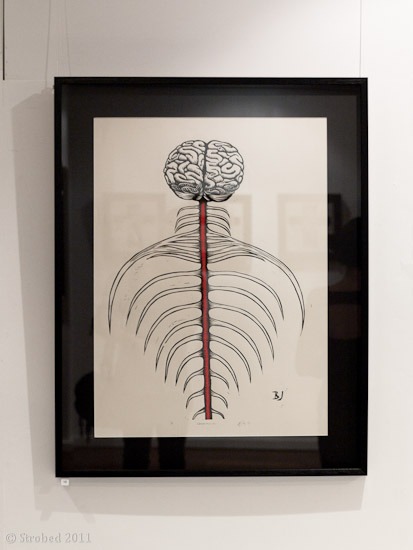 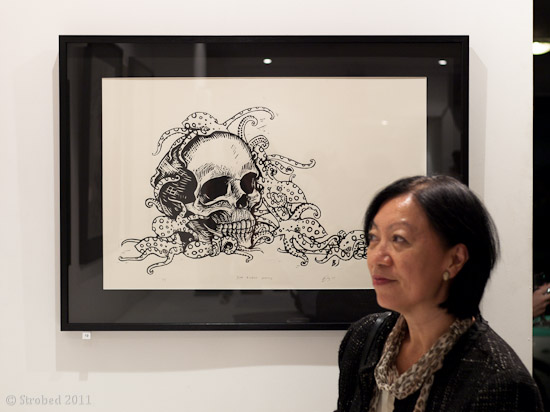 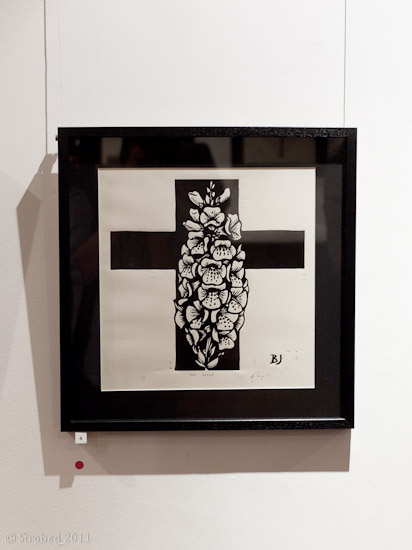 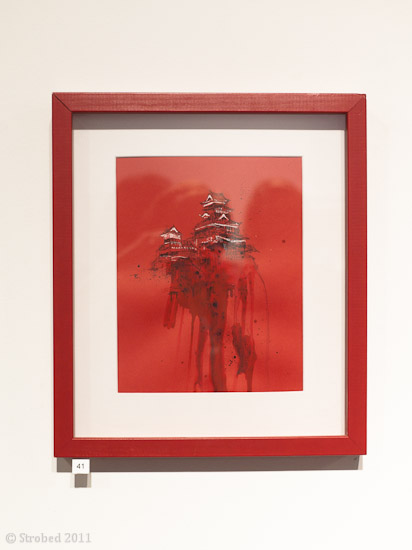 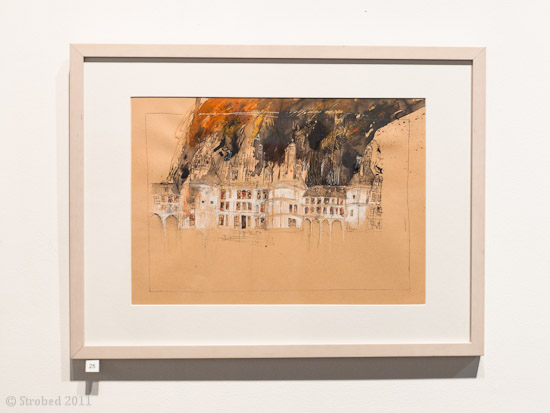 There was a sense of movement and the surreal laced through his work. Half human half bird characters appeared in many of the works, along with hiding mice and evidence of destruction. 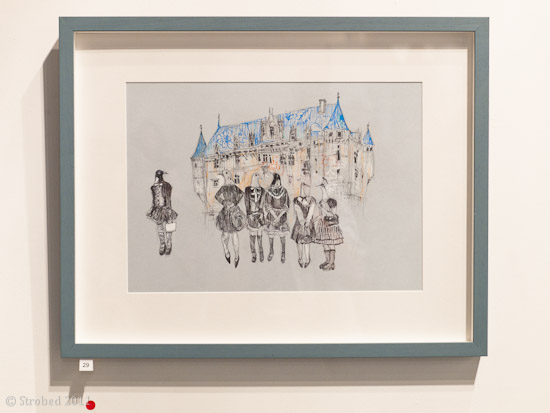 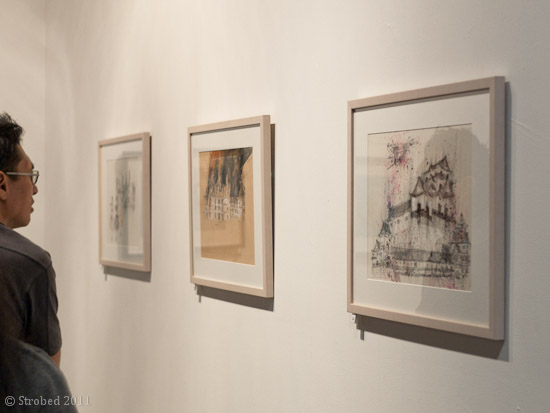 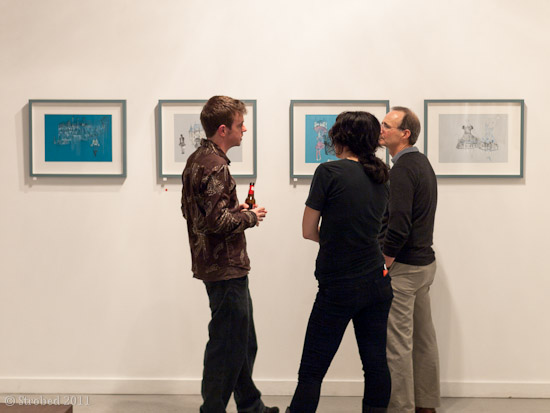 There’s something welcoming about Hardware Gallery which always seems to bring a great crowd through the door. Another nice thing about heading away from summer is that gallery visiting is not such a hot and sticky affair. 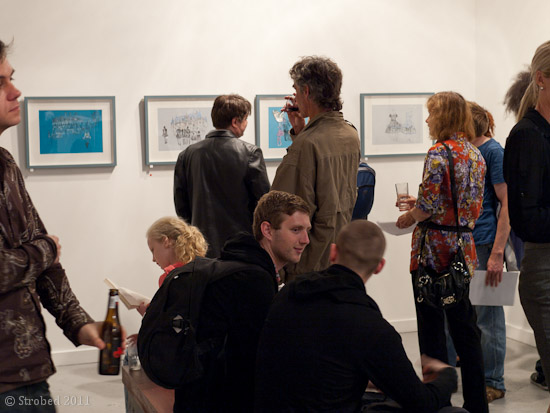 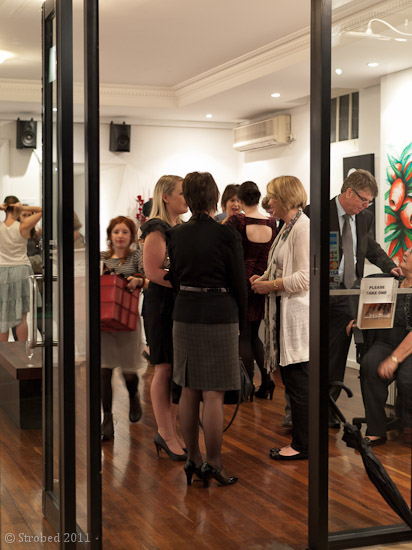 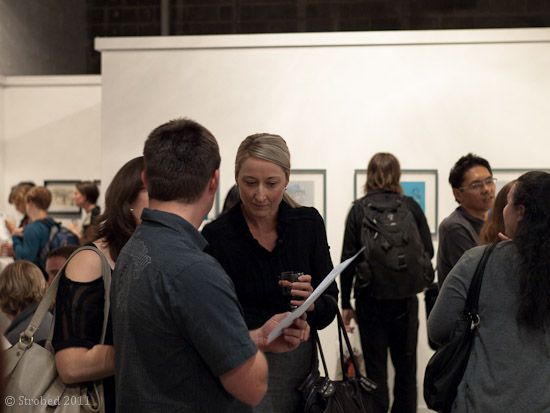 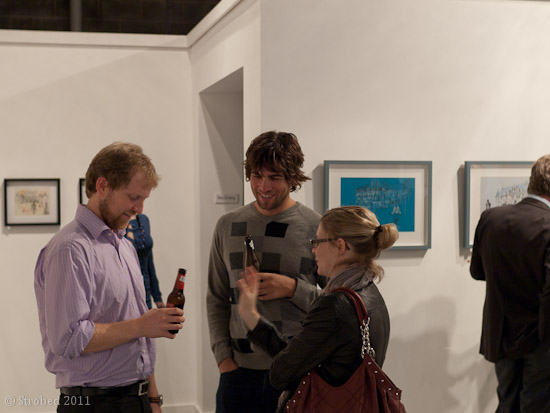 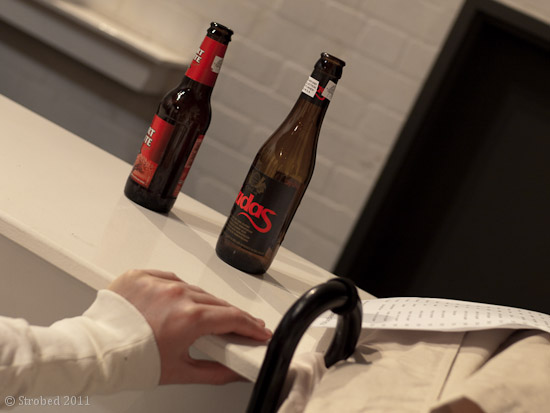 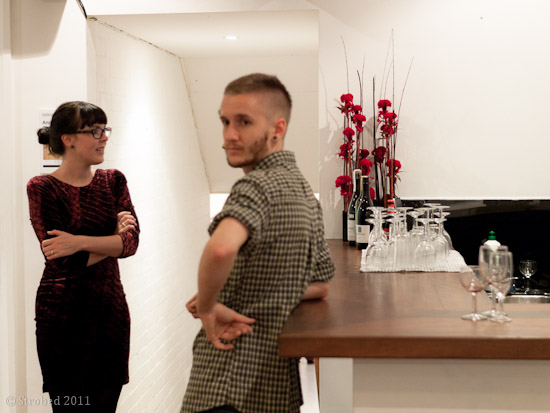 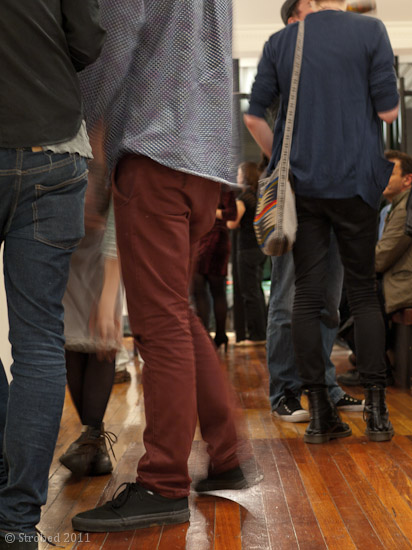 Another fantastic show, as we’re coming to expect from 2011.