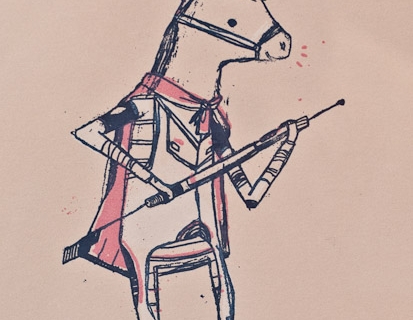 Maybe we’re just not as hip as we’d hoped, but when we read that Sweets Workshop was putting on a show of Gocco prints we had no idea what the hell that meant. If you’re thinking something similar, let us now enlighten you via the words of Sweets Workshop… 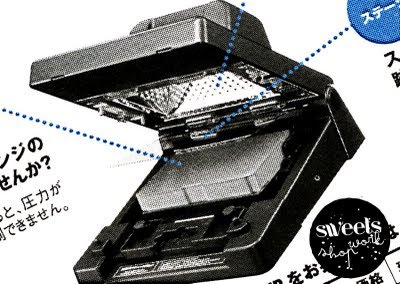 “What is Gocco? For those of you that don’t know Gocco (Purinto Gokko, Print Gocco) is a self-contained compact color printing system invented in 1977 by Noboru Hayama. Gocco became immensely popular in Japan and it is estimated that one-third of Japanese households own a Print Gocco system. The name Print Gocco is derived from the Japanese word gokko, loosely translated as make-believe play.”

It’s like a mini silk screen printer, sort of. Not really. We suggest that if you want some more information you visit The Google or YouTube. So, now the lesson is over lets get back to the show. 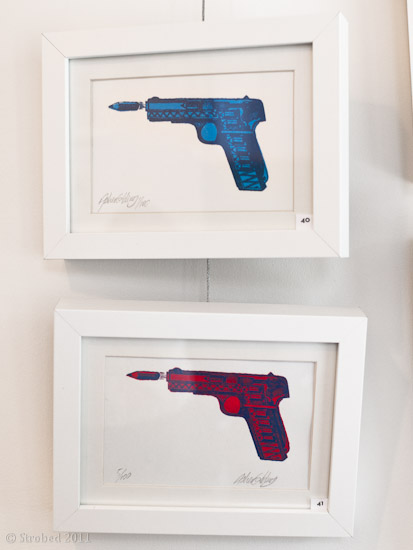 The exhibition featured artists from all over Australia and the US. It was great to see such variety in the works which were all produced using the same humble machine. The small format, bright colours and clean lines gave the prints a familiarity. 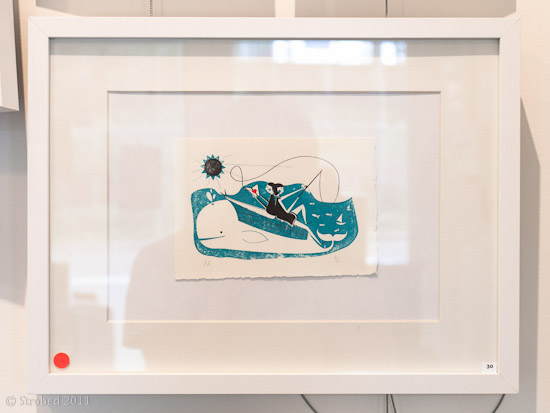 Two People Having a Picnic on a Whale - Jill Labieniec

The “glitchy” nature of the prints gave a certain retro feel to the works. Apparently the test of time and patience that it takes to master Print Gocco is part of why such an intimate relationship develops between the machine and its owner. It’s kind of an arty masochism. 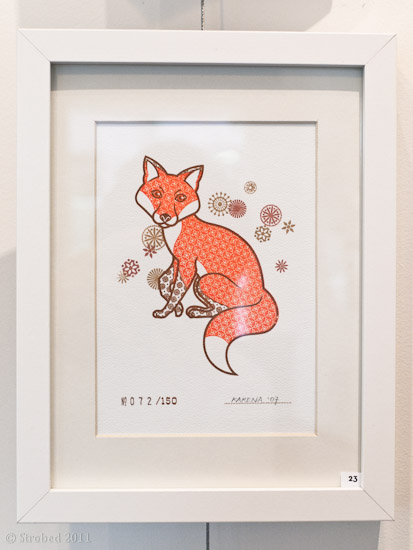 It really was a great show. The selected group of artists were all skilled in their craft. Getting up close and examining the little prints was a delight. 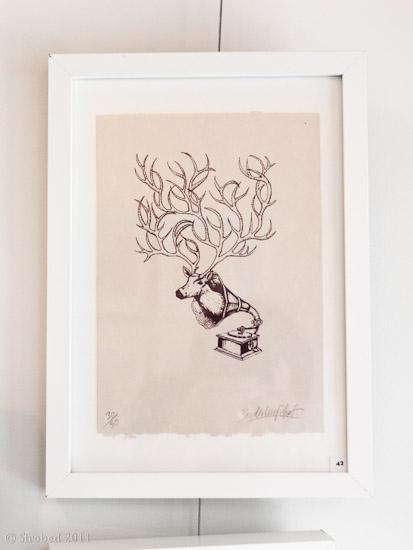 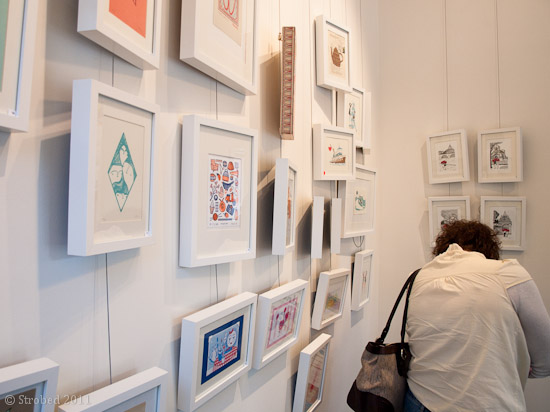 Sweets Workshop is a “new” gallery space that we have been meaning to get to since they launched in June last year. Their exhibitions are consistently fantastic and their shop is filled to capacity with exciting work from artists, illustrators, jewelers and other arty designers. 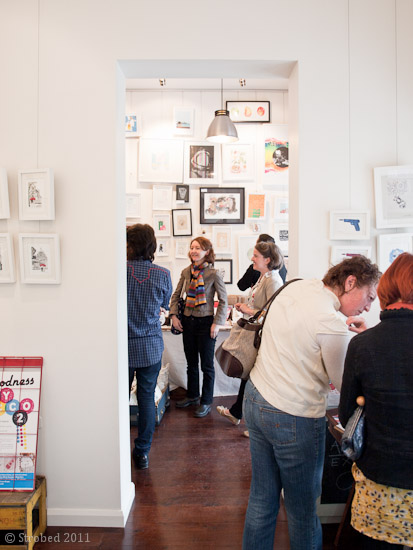 Sweets Workshop is like the little sibling of Outré in that they are a gallery out there to bring great, affordable art to the people. Their stock of prints is beautiful and extremely affordable. On top of that, their support for local illustrators and designers gets our support (and should get yours too)!

If you happen to be wandering though Summer Hill, grab a coffee at Esspresso Train (and a muffin, they are to die for) and stroll a few doors up Carlton Crescent to visit Sweets Workshop, you won’t regret it. 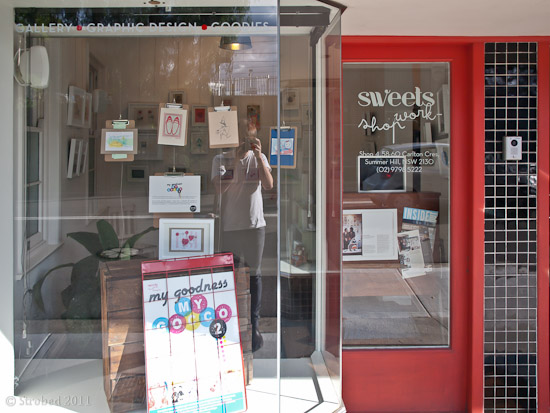