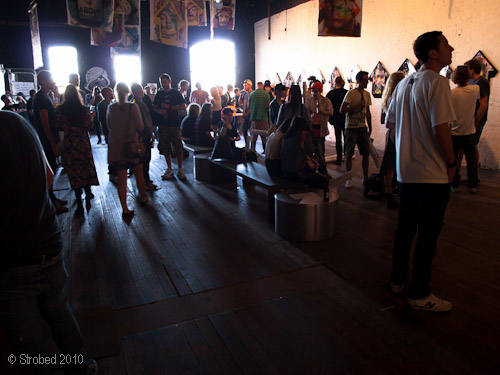 Lo-Fi has quickly turned itself into one of the more popular low-brow exhibition spaces in Sydney. Last week saw US artist Above move his work from the street to the walls of Lo-Fi for his debut solo show – Here Today Gone Tomorrow. 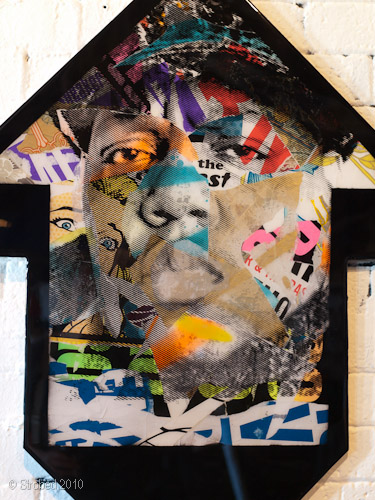 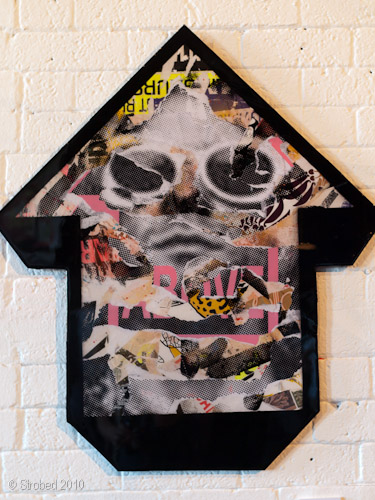 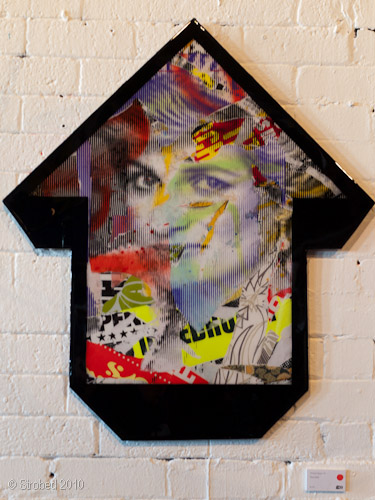 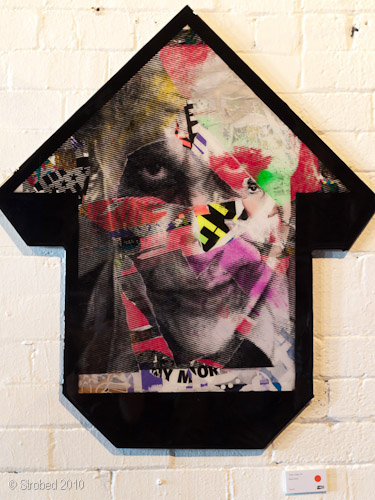 The show was a tribute to his brother, who was killed in a car accident less than three months ago. Each work was presented within his customary “Above” arrow in collage. The layered portraits formed imagery similar to a rapidly fading memory. 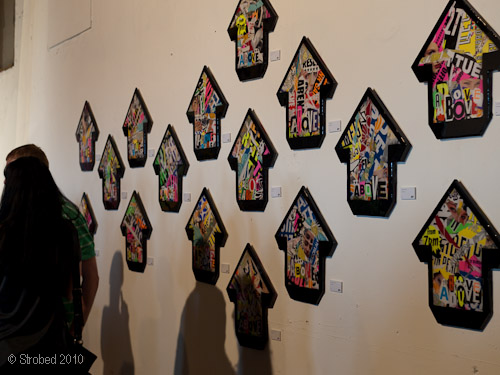 The show was awash with red dots – entirely sold out. 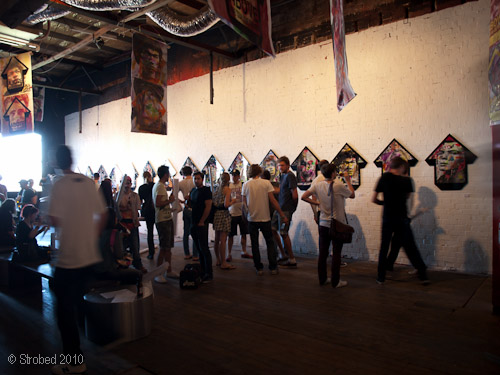 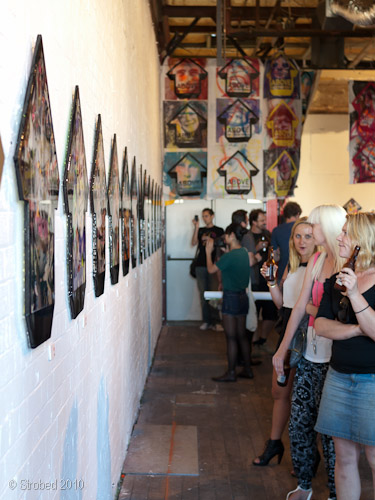 A typically large crowd filled the space. Thankfully it wasn’t too warm, no doubt the free Asahi was helping though. 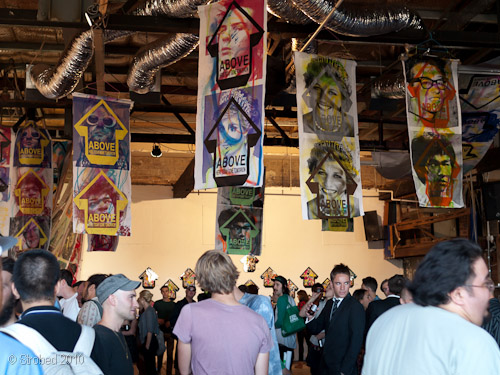 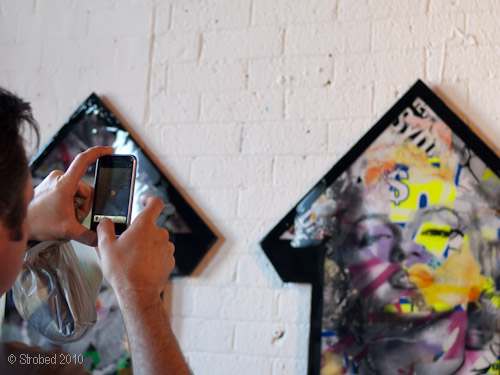 There were loads of photographers there (not including this guy), no doubt to document the show. Check out some other coverage at Above,  Lo-Fi, Lo-Fi’s Facebook, and at Primo Mag. 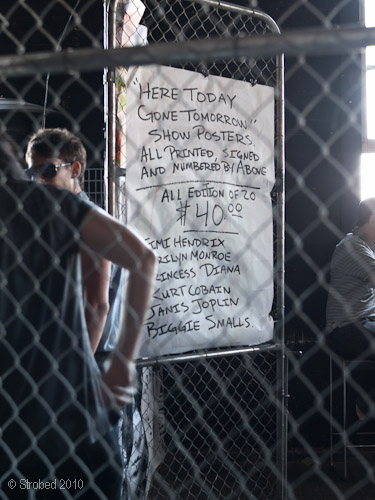 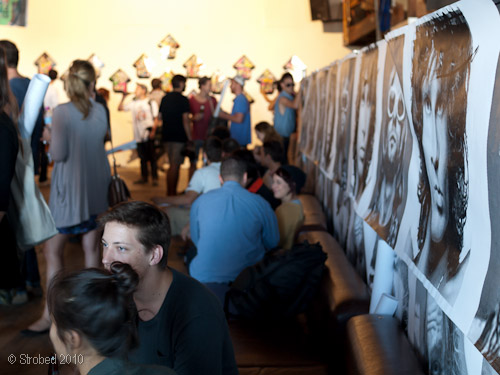 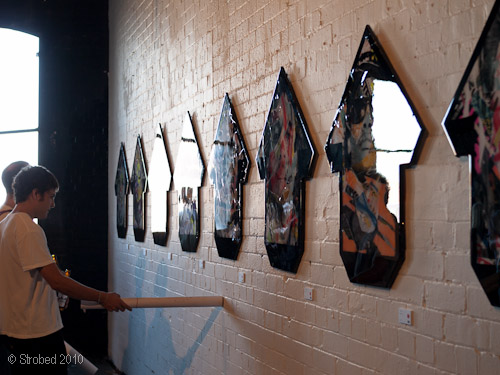 Above also signed and numbered a bunch of prints that were being snapped up for forty bucks. In fact, look closely at the photos and you’ll see about every second person carrying them. 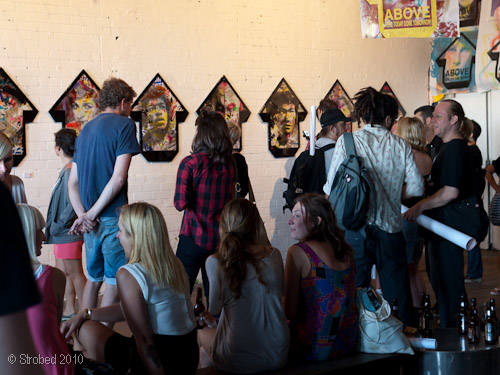 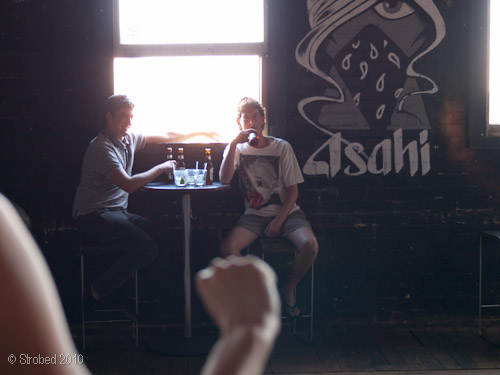 All in all, another fantastic show at Lo-Fi. See you there, next time.