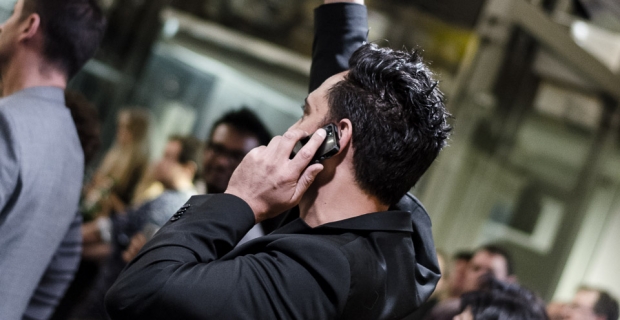 Project Five turned 5 this year. It’s nice to see that as the years go by the event is growing. This year the public painting and auction was joined by public art installations and creative workshops. The whole showcase was slick.

Project Five does a great job in promoting emerging Australian artists, but it’s main goal is to raise funds for Information + Cultural Exchange (ICE). We got ourselves along to the charity auction to check out the finished artworks and do some bidding.

We won’t name names but we did buy a Project Five artwork in the past. We love it, but it was a dog to hang. It’s huge and painted on solid, inch-thick particle board. As you can imagine, we were delighted (and jealous) that this year’s works were on a buyer-friendly, lightweight, ready-to-hang structure!

The artworks were from Jodee Knowles, Numskull, Adnate and Rone. It was an impressive collection. The works went under the Leonard Joel Auctioneers’ hammer with some fierce bidding wars being had. The total collected was $15,700 – a new record for Project Five. 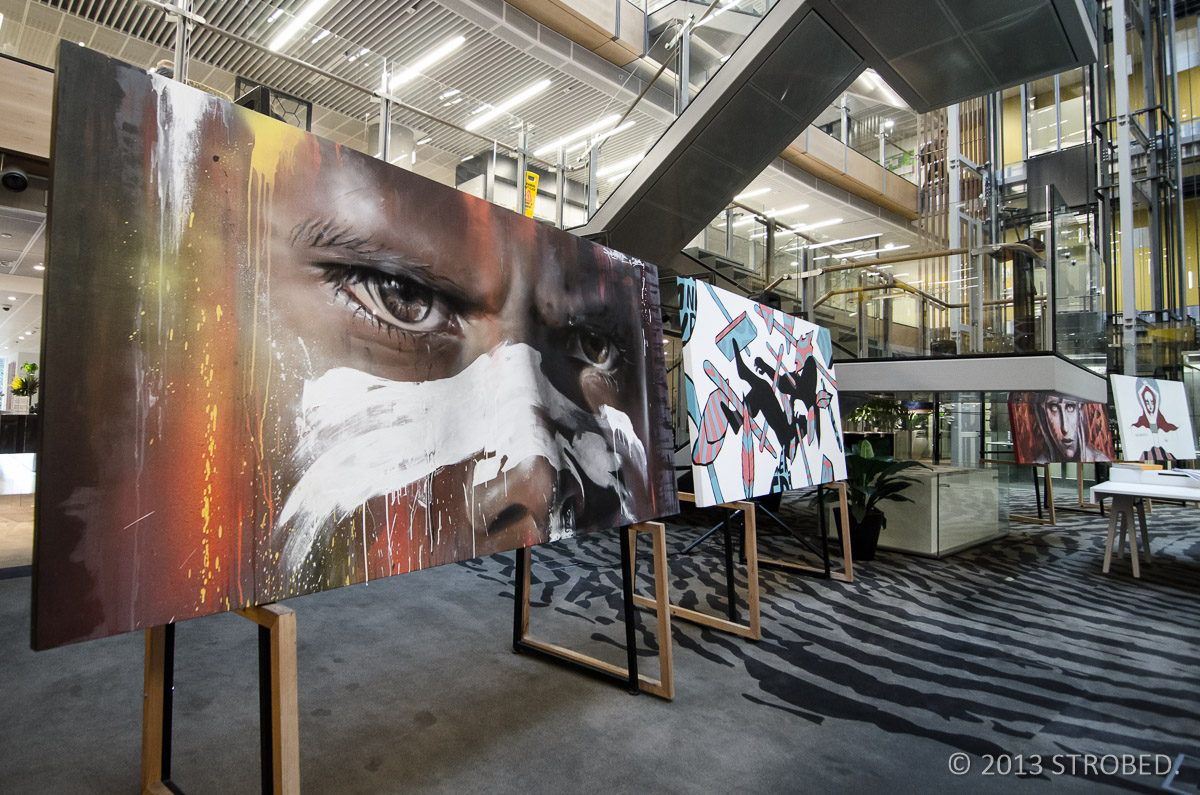 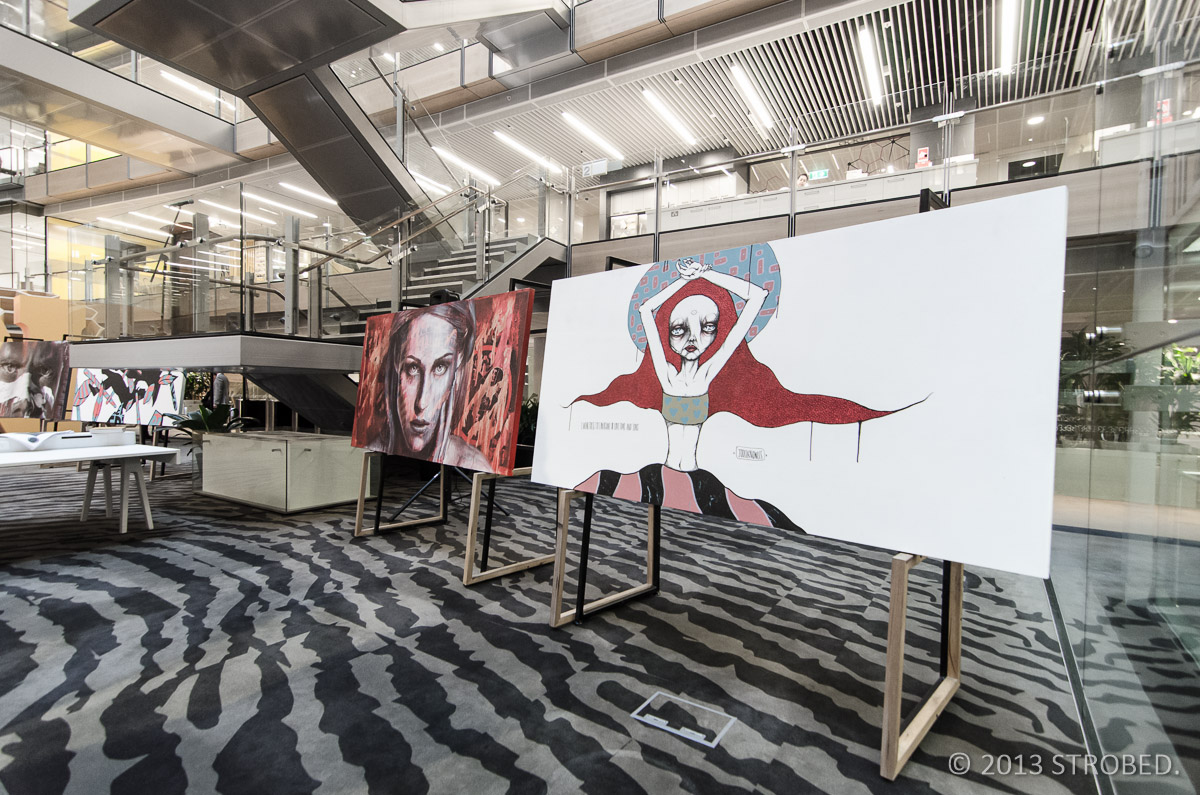 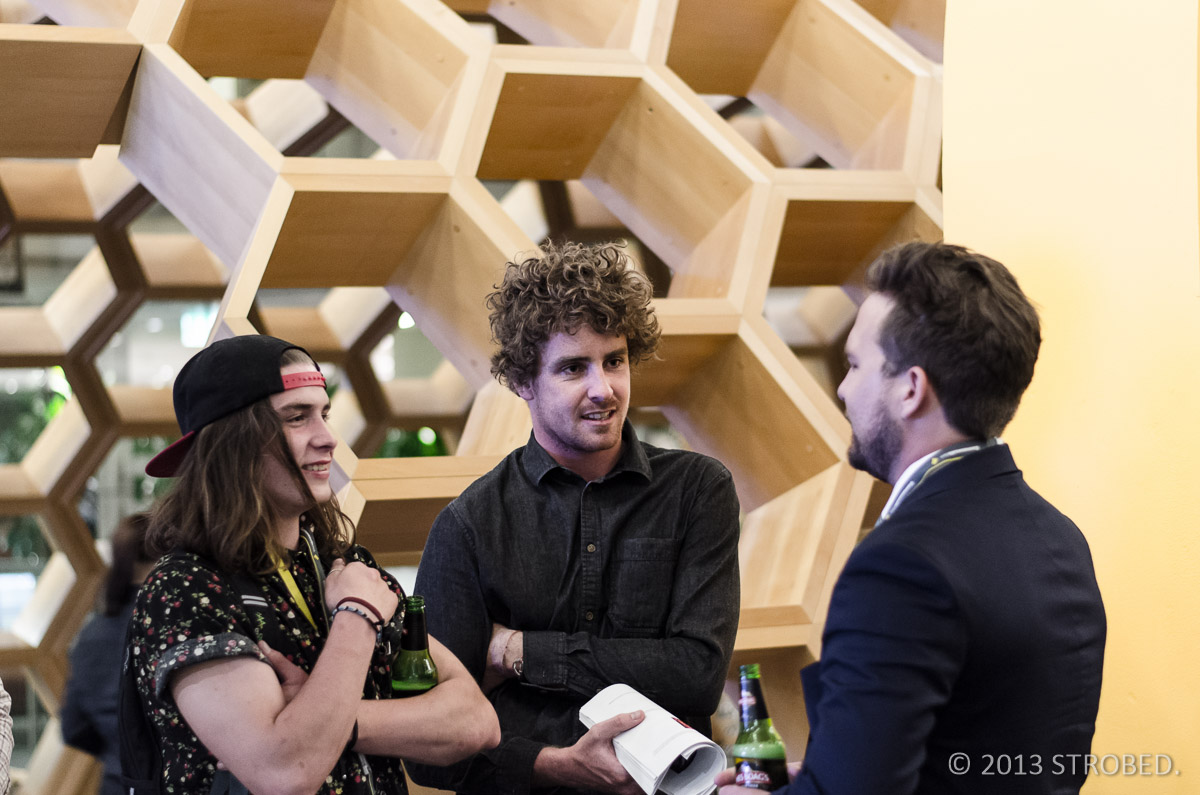 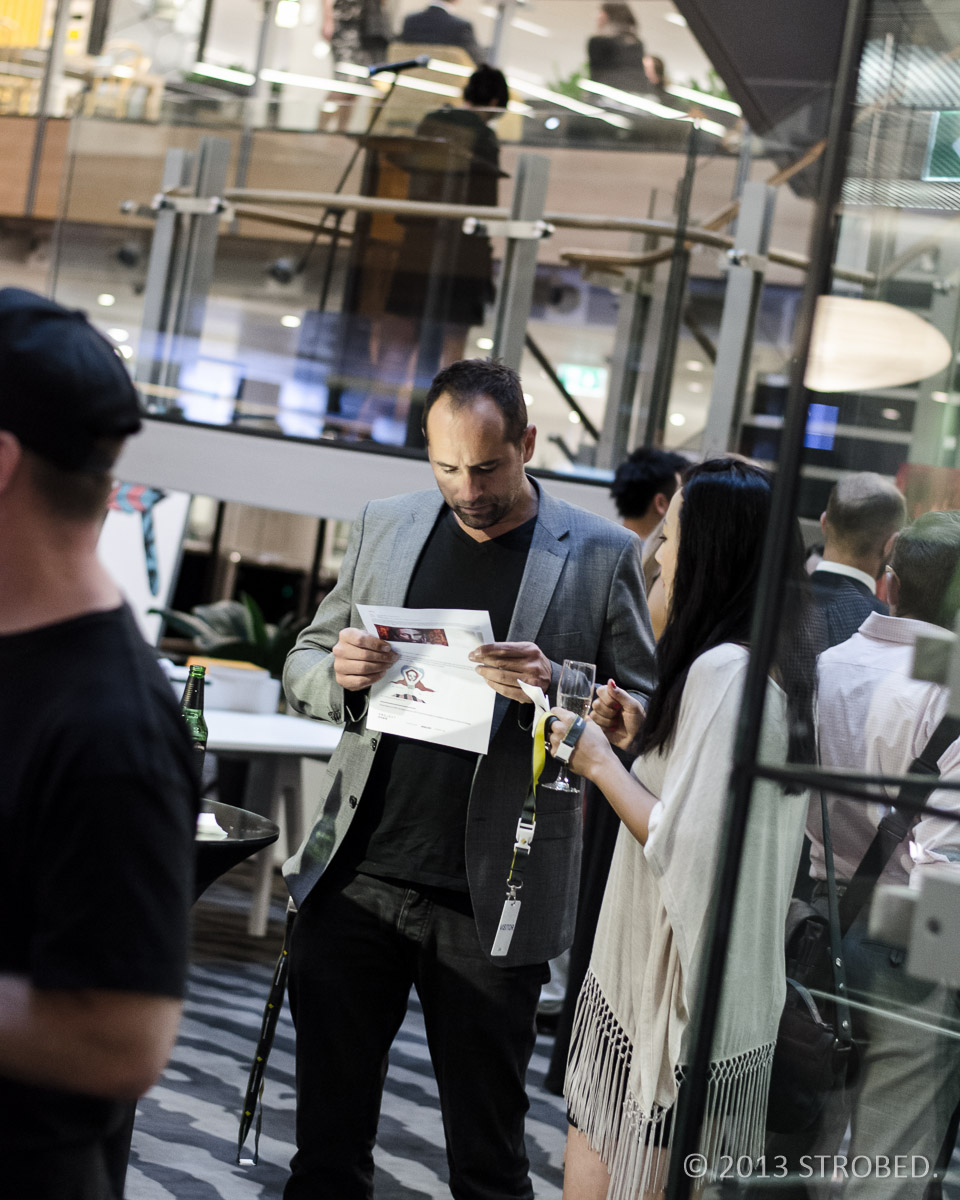 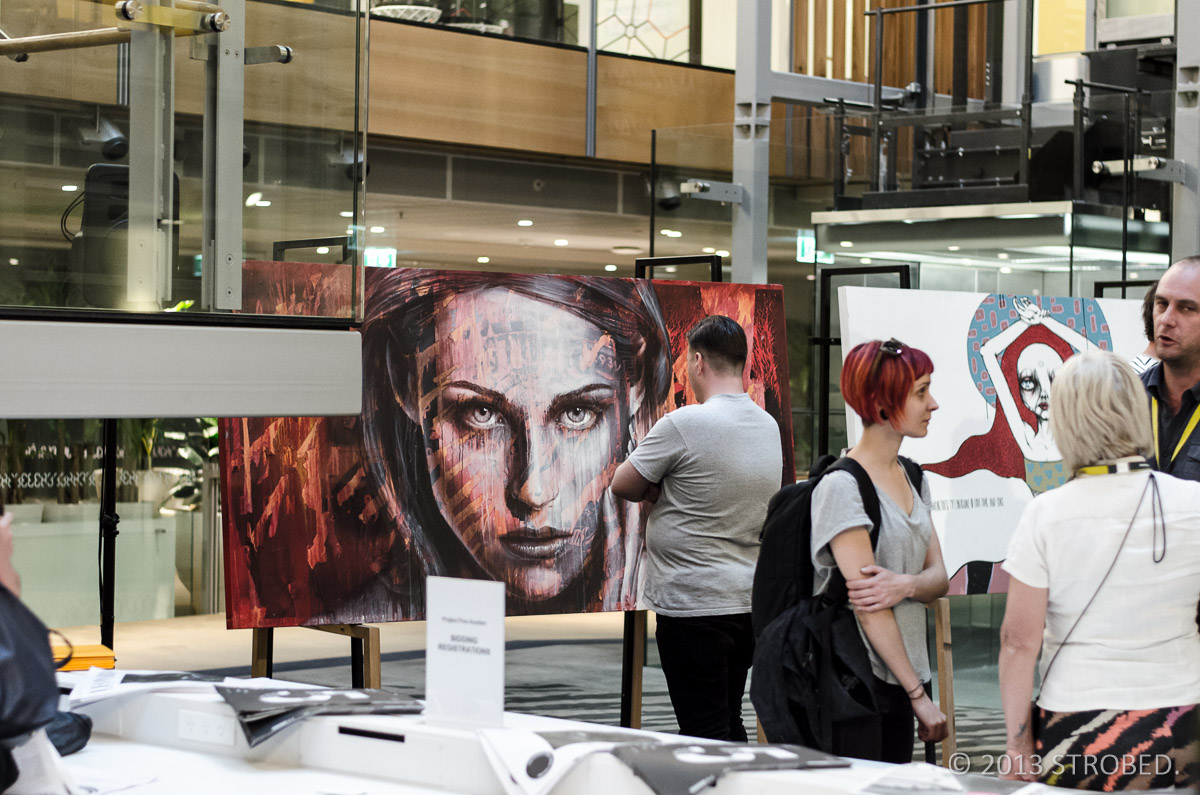 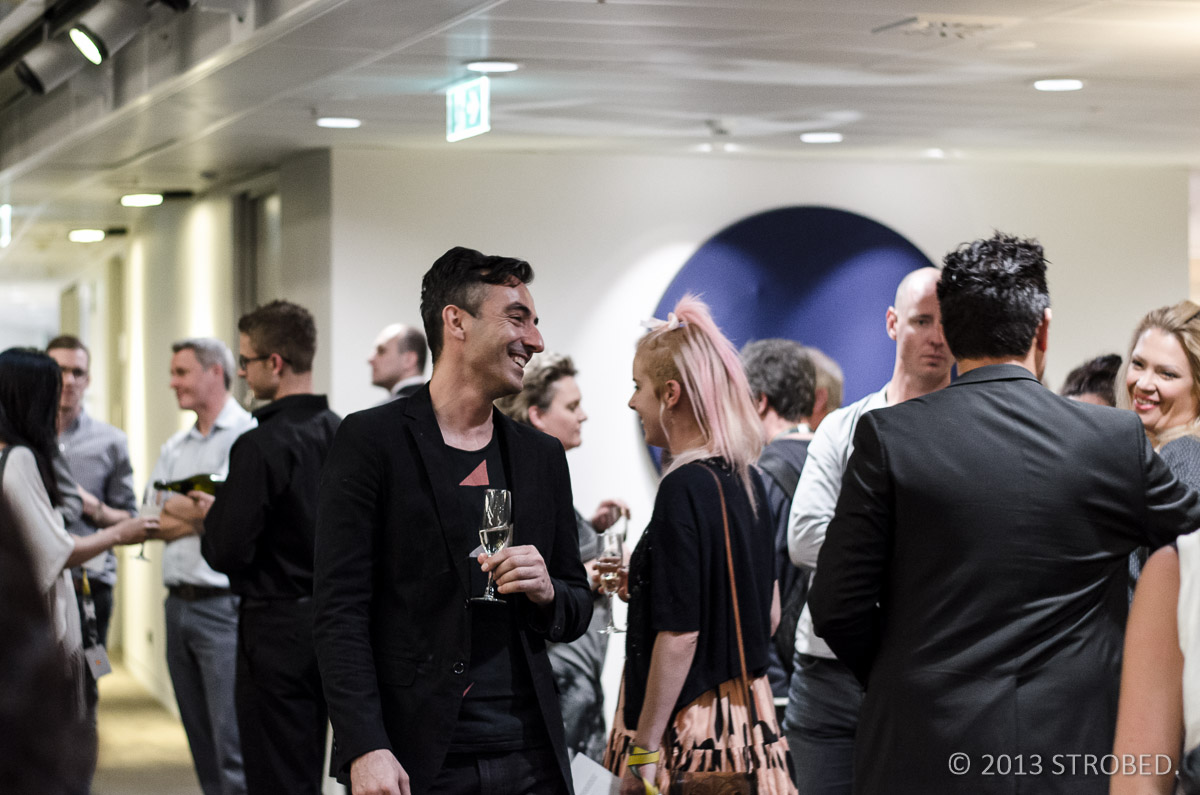 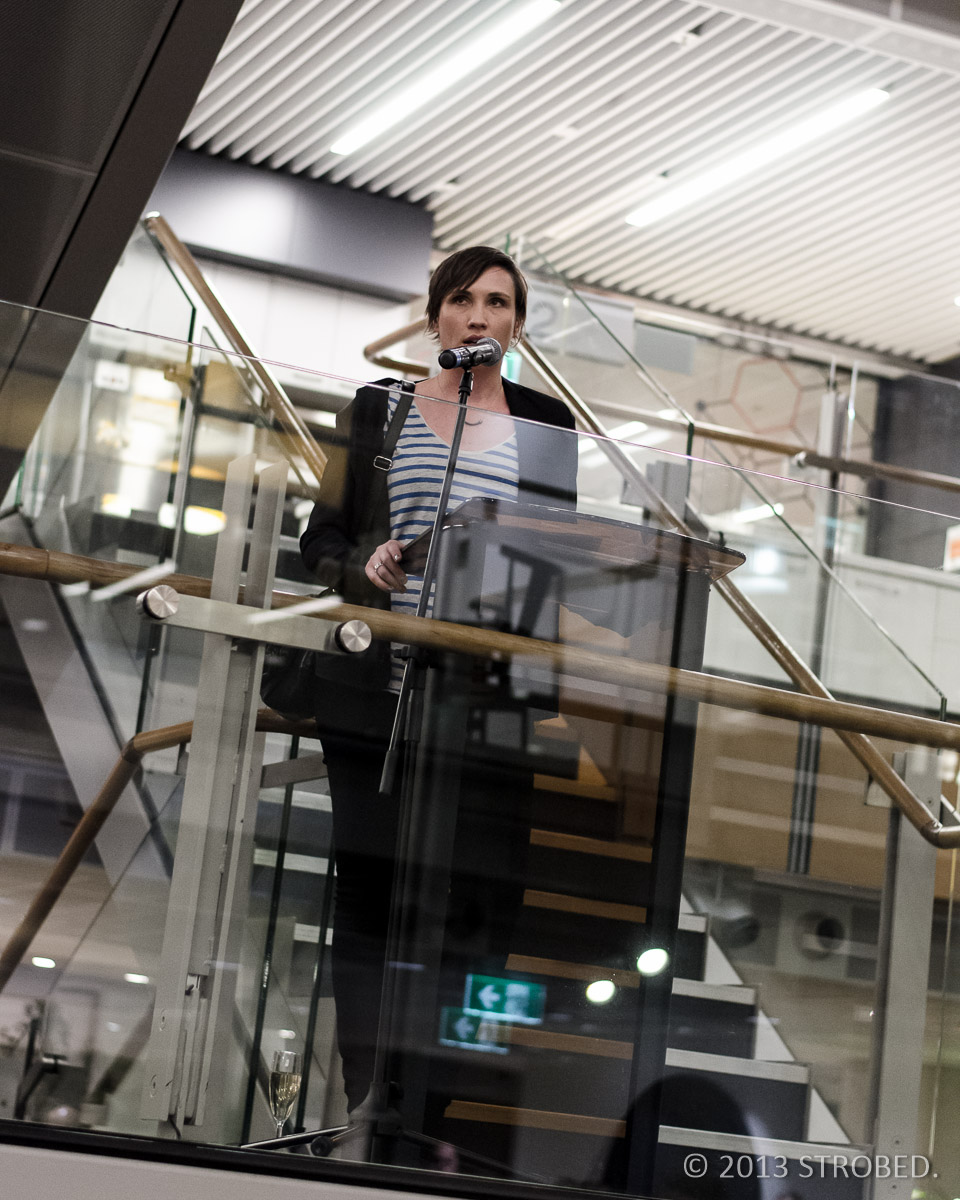 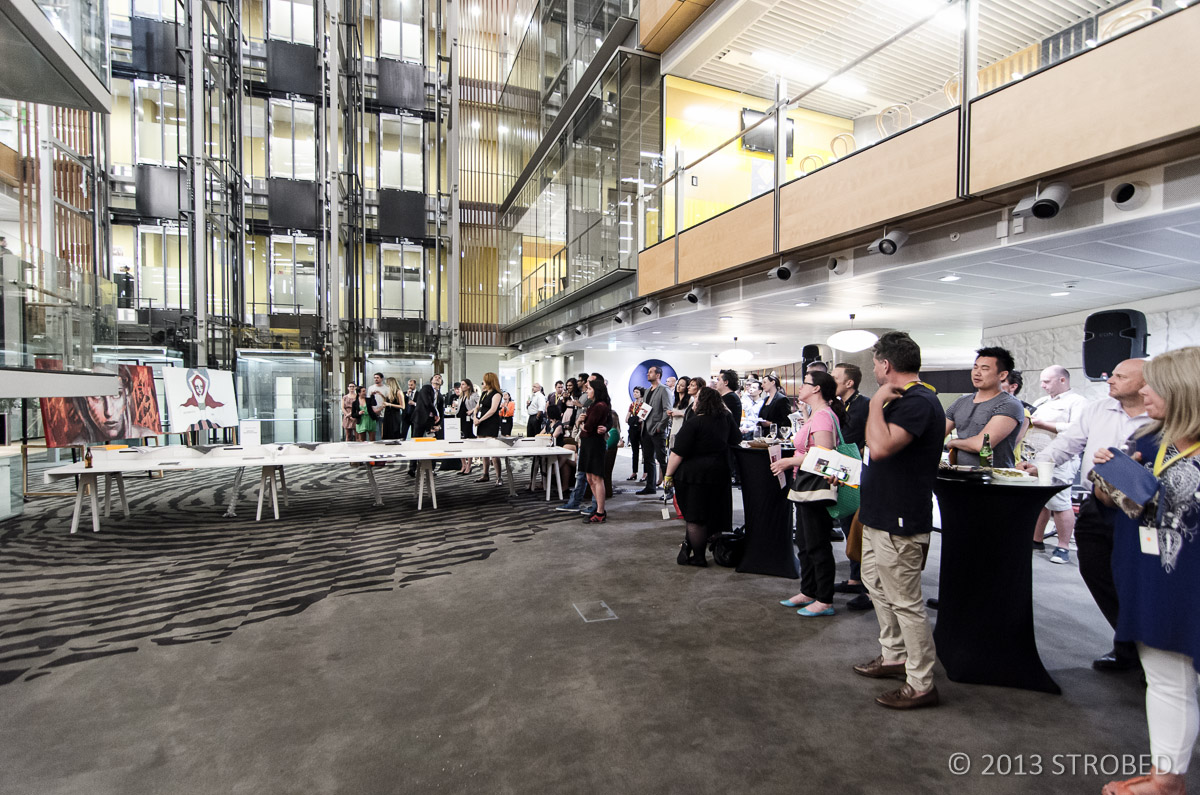 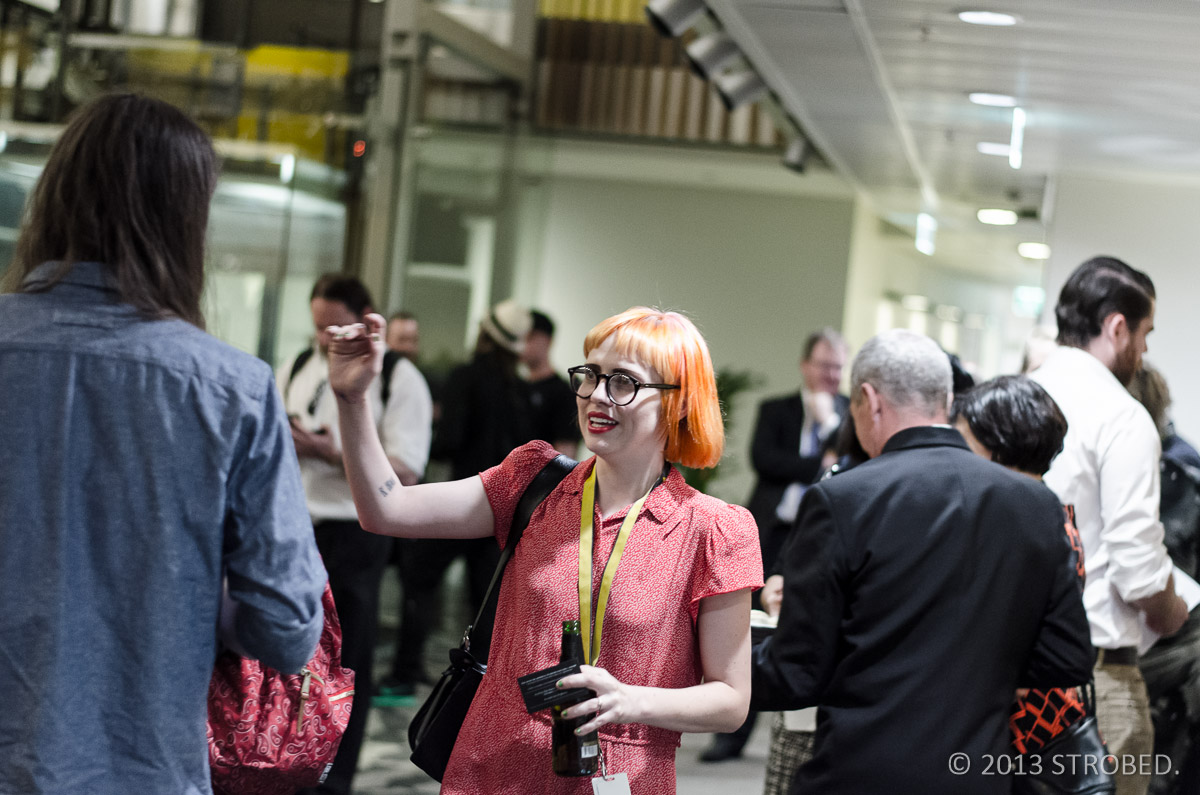 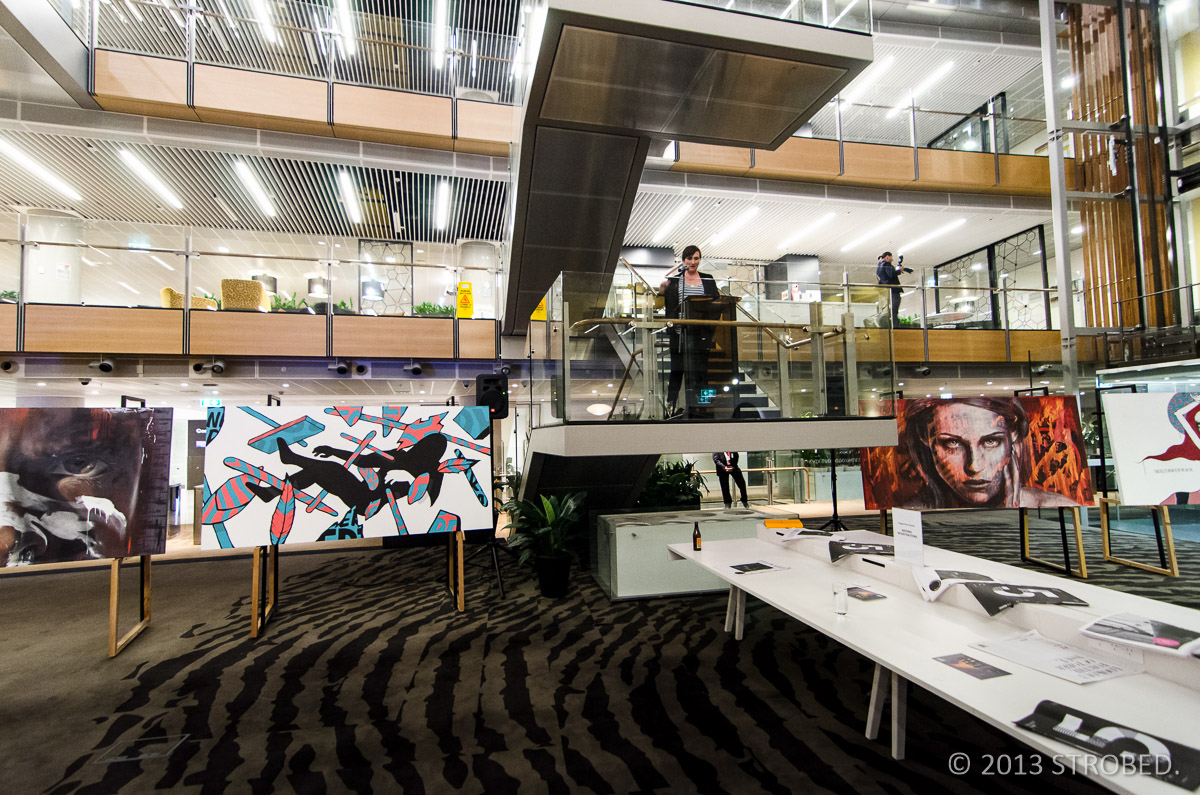 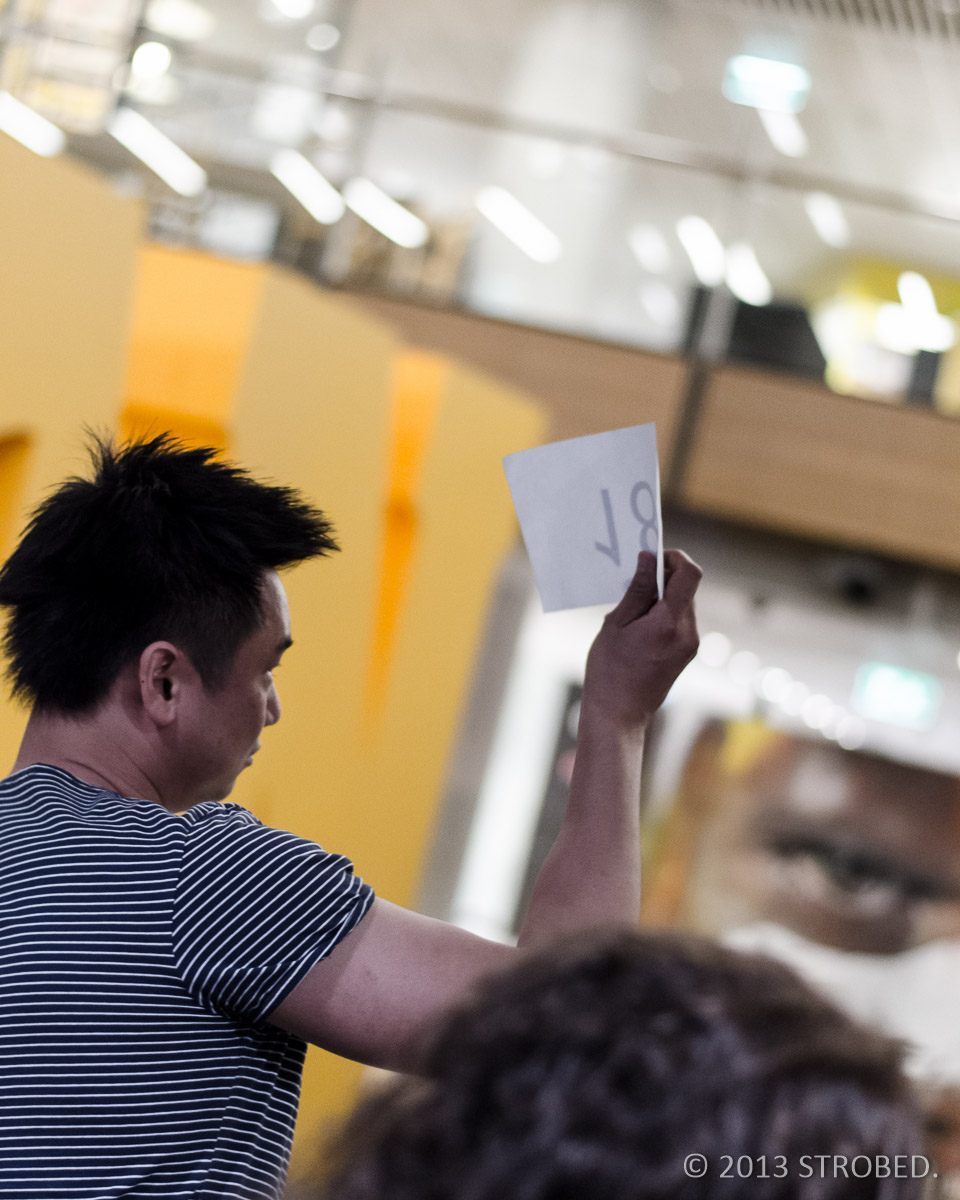 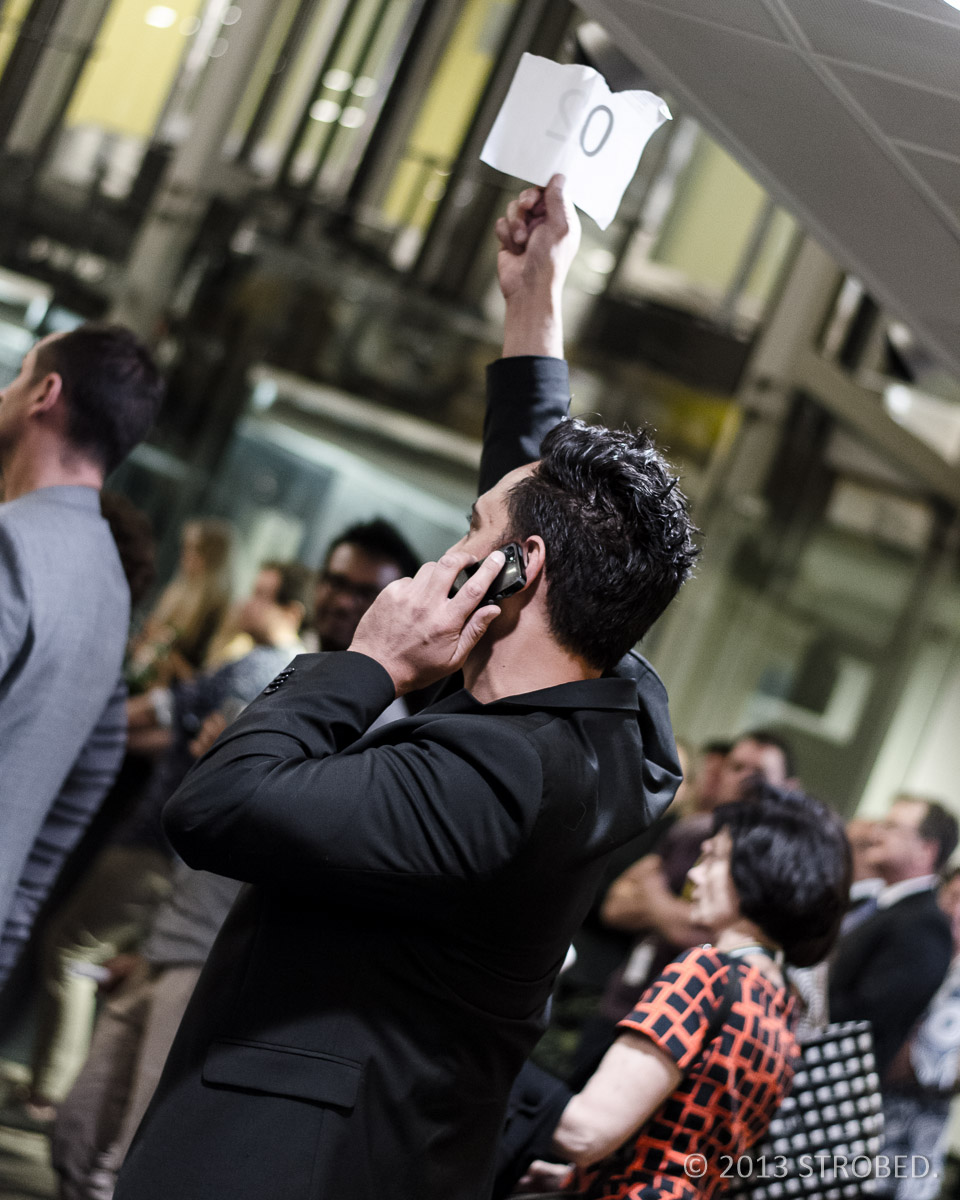 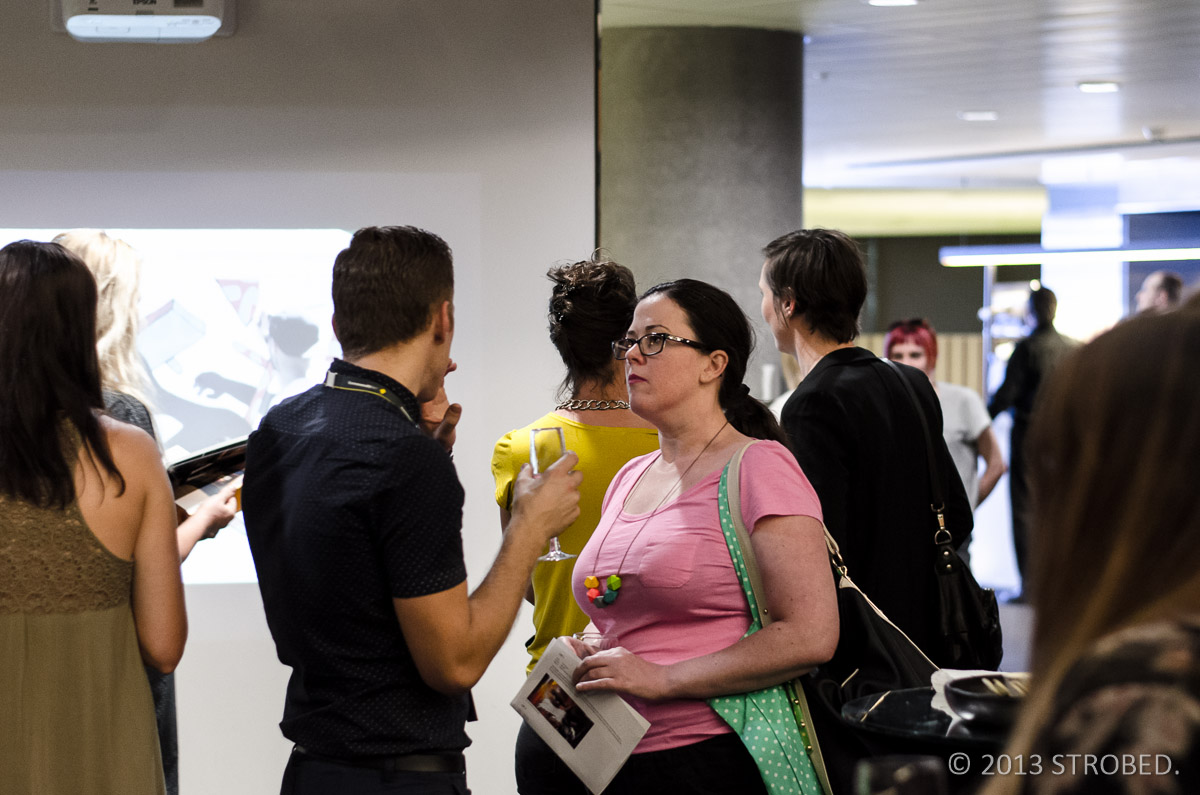 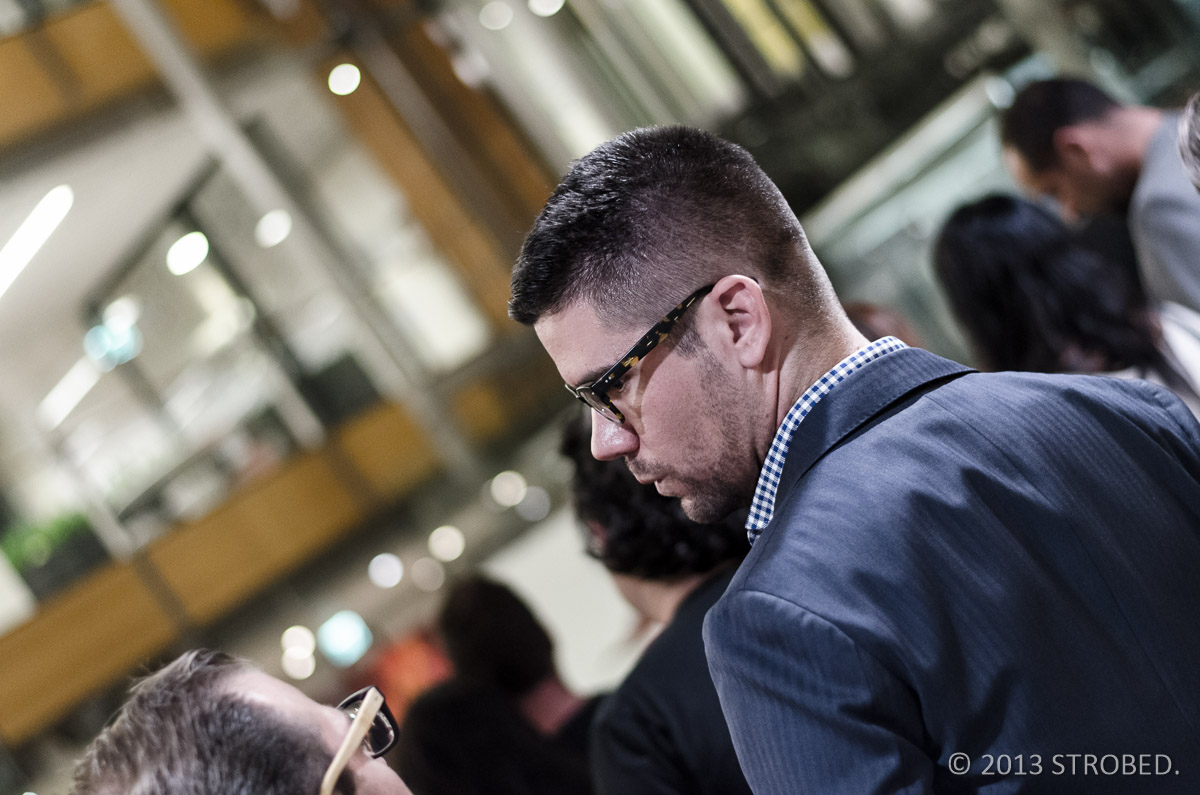 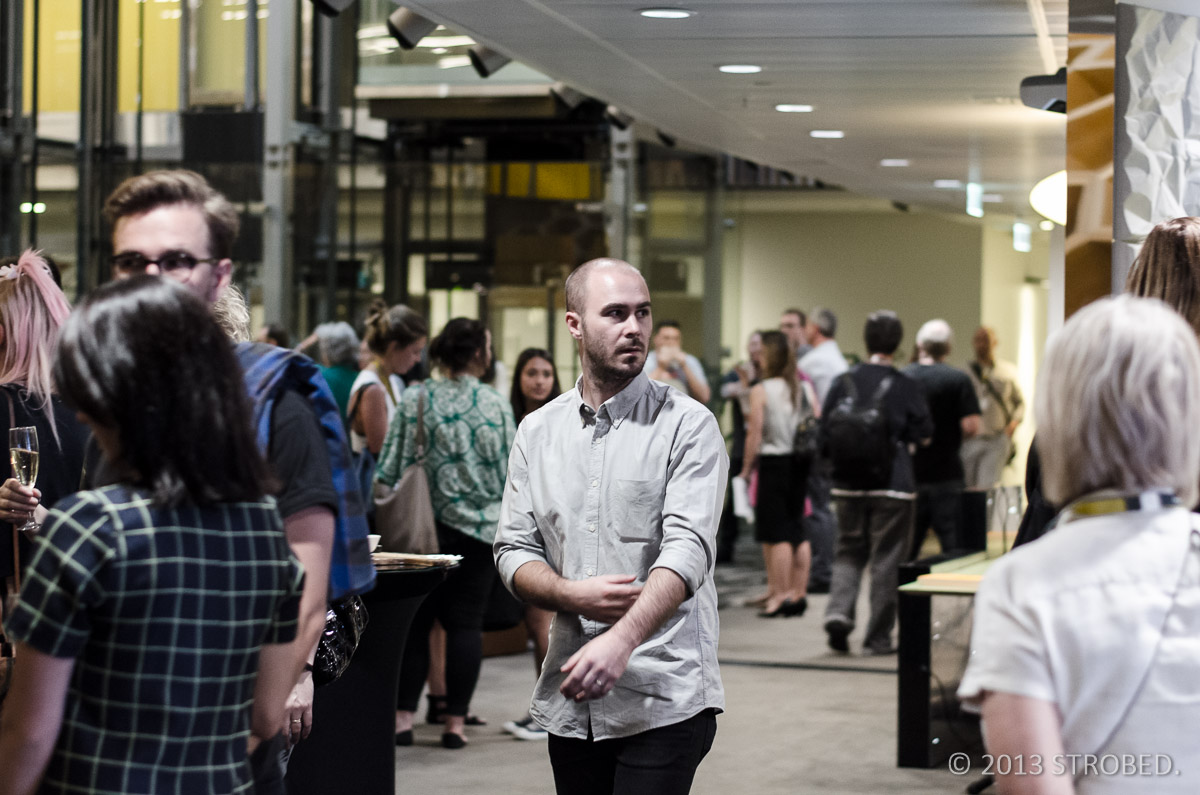 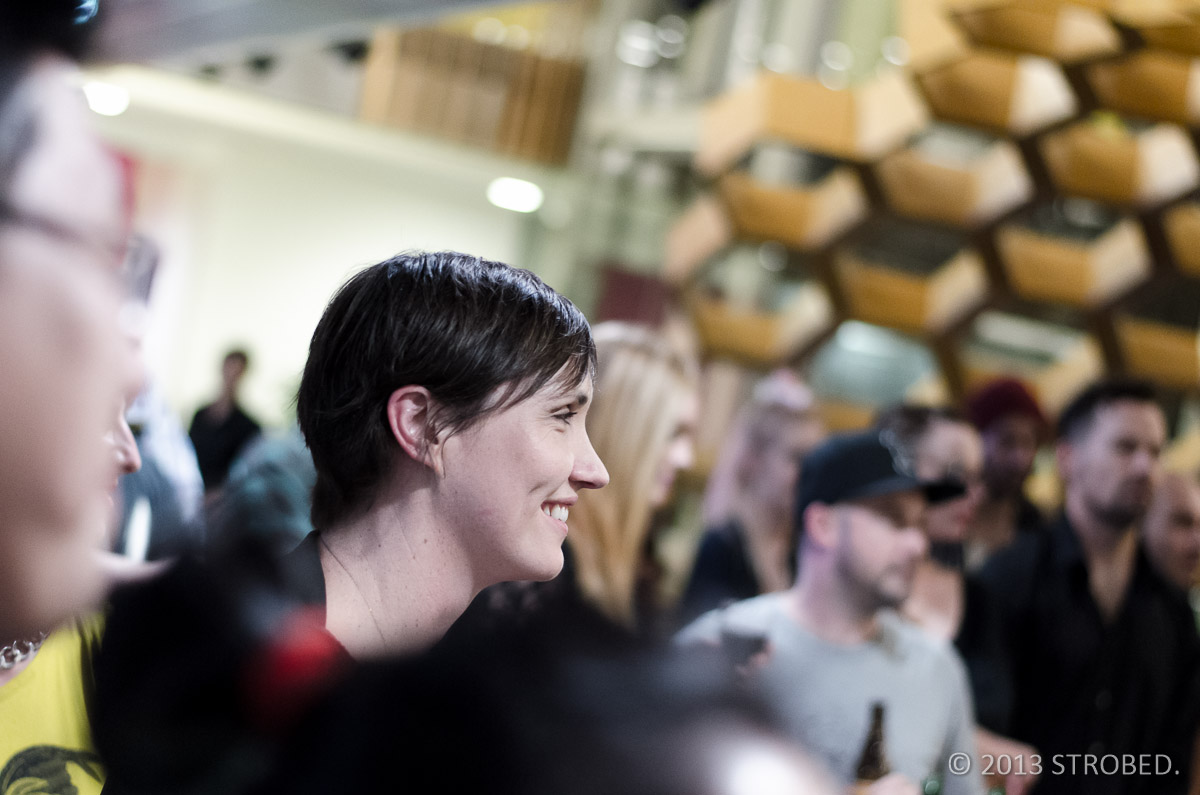 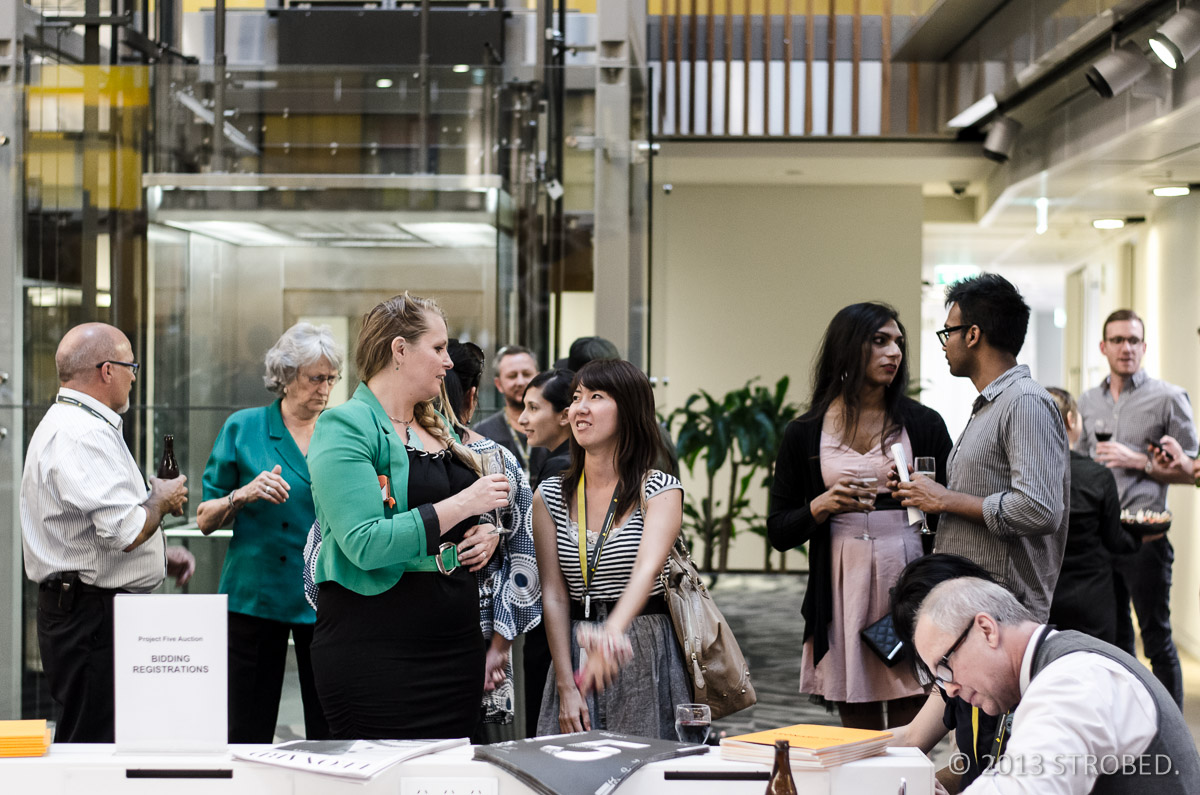 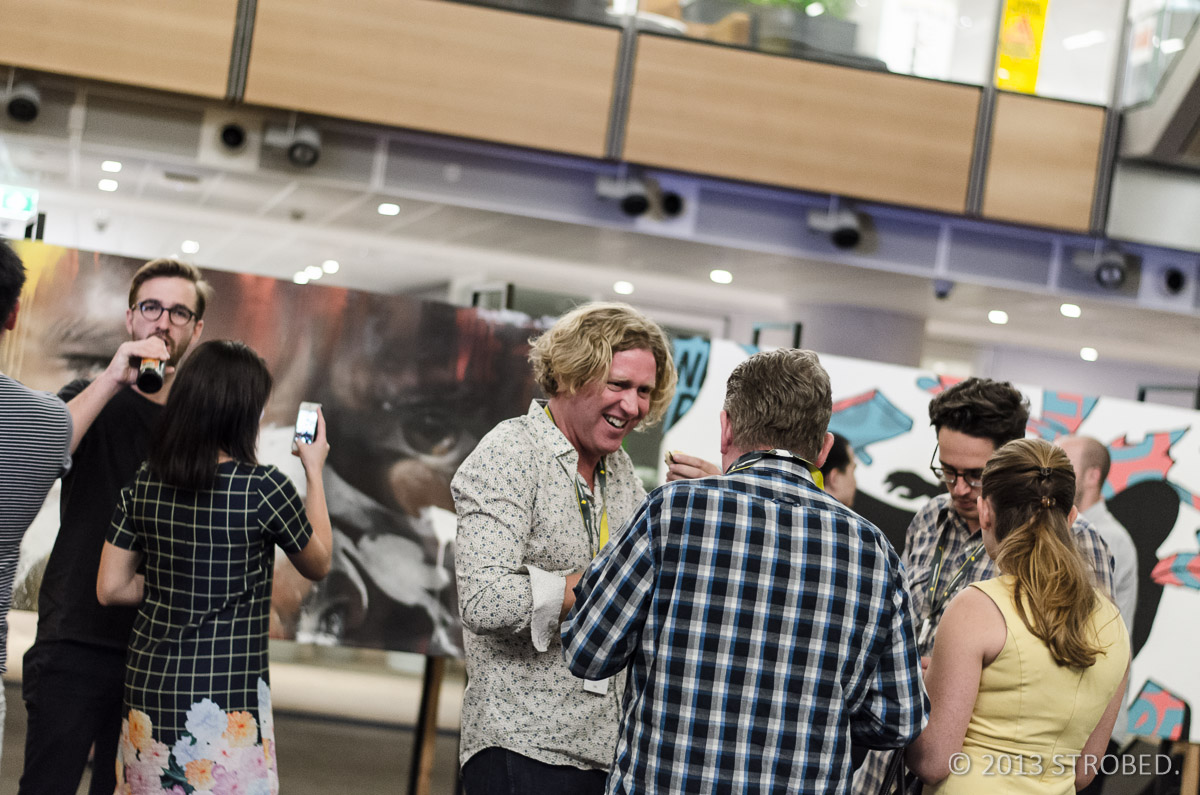 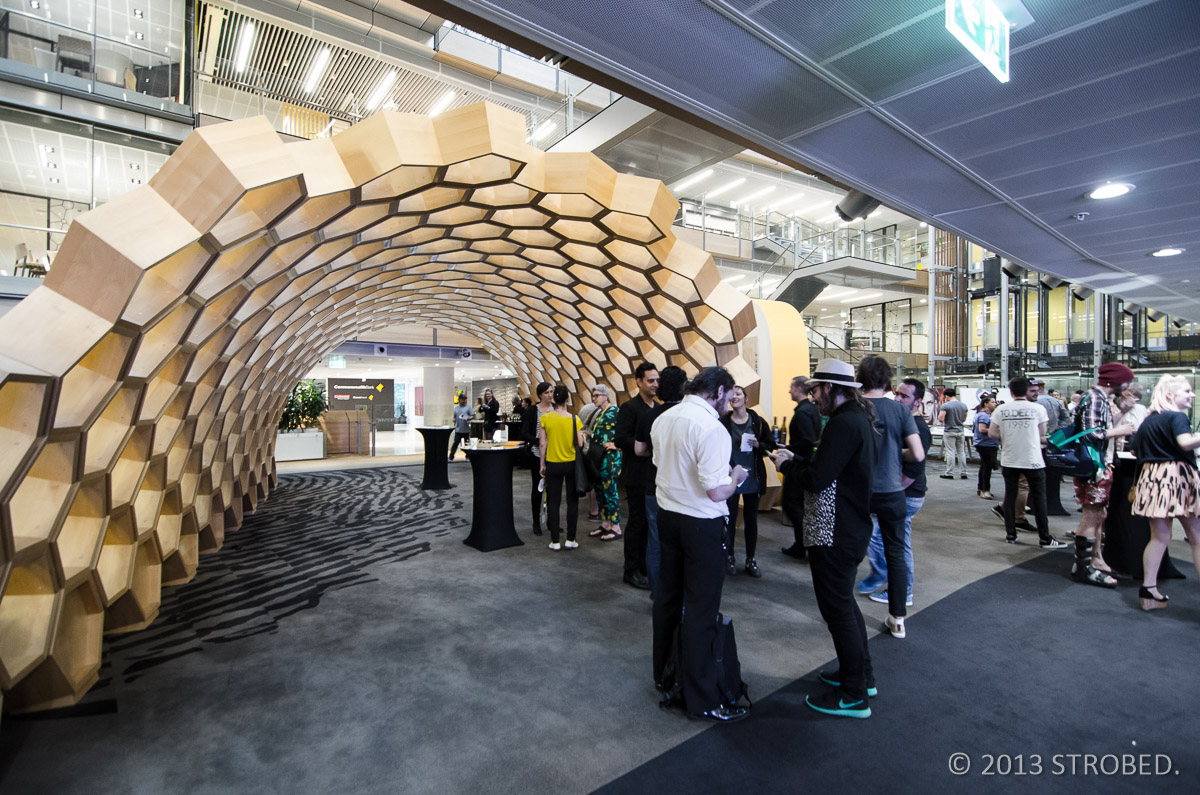