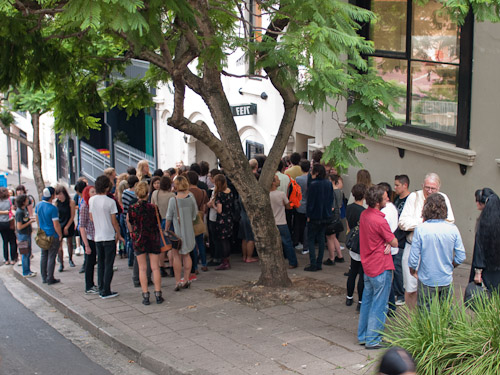 Sigh… another gallery with no aircon. Made so much worse by the fact that Monster Children has grown too big for it’s tiny little abode. We arrived just after opening to a massive line out the door, and scenesters lolling idley in the gutter sipping their Asahi and waiting for the entry line to dissolve somewhat. The Gallery had decided to set up the bar in the courtyard outside and we chose to jump on the bandwagon. A little loitering never hurt no one. 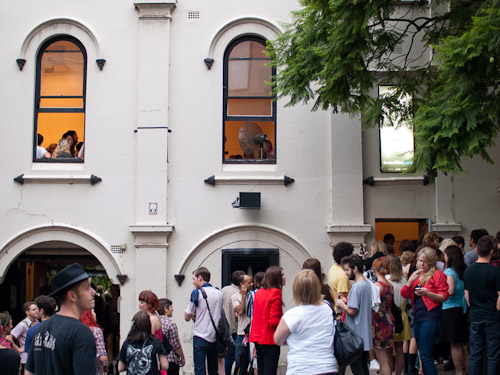 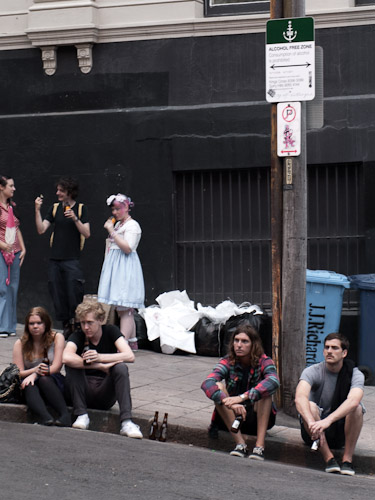 Ahh waiting for the line to clear… 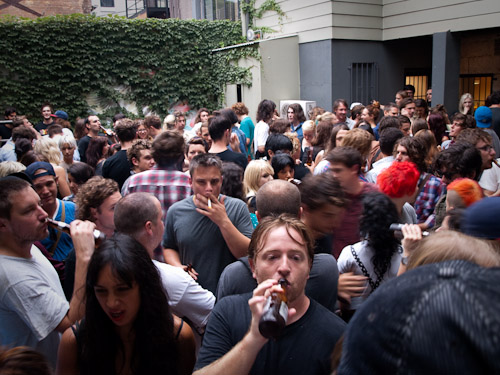 Courtyard… and who ever said beer in Darlinghurst was expensive? Free tipple in Japan’s finest anyone? 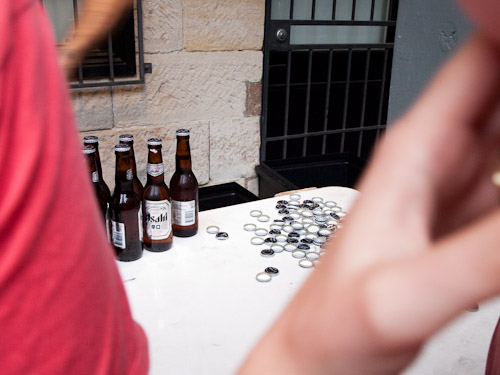 Apparently the heat got the best of the folk in the gallery and eventually we made our way up. It’s a strange sensation breathing in a humid, salty air created purely from the sweat of 200 people crammed into a tiny space.  We stuck to the walls and did our best to bring you the experience of Daniel Johnson’s work. I couldn’t get my hands on a price sheet, so appologies for not listing titles. 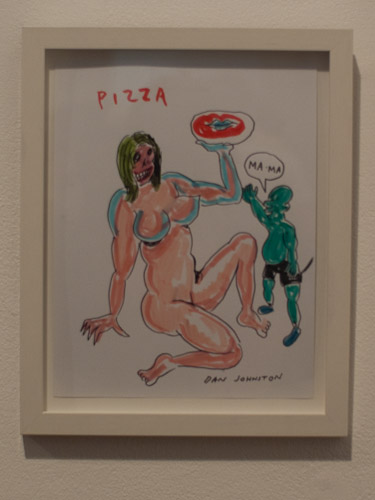 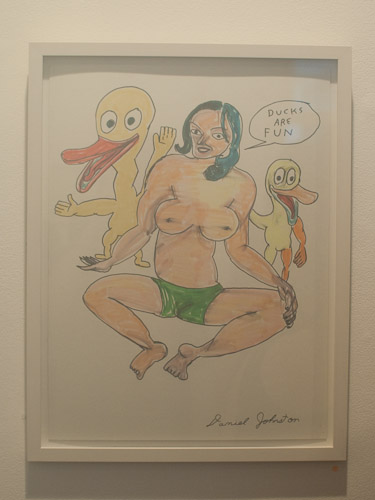 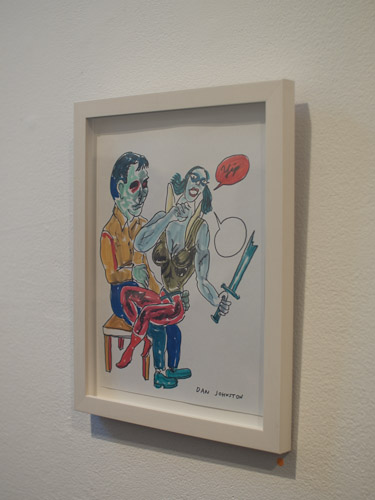 You’ll be horrified to hear that I can’t report on Daniel’s actual performance that was an advertised part of the show. Apparently it was short and inspired, but we had to fly, busy night for art openings, so sadly the music had to wait.