After battling with Kings Cross parking (lack there of) we arrived at James Dorahy Project Space and followed the sound of voices up the stairs to the gallery. 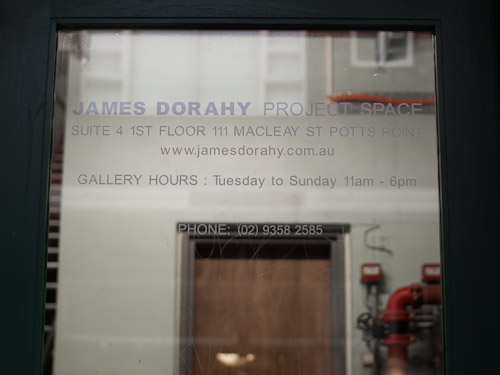 James Dorahy loves his abstraction, sculpture and colour, and this show was a testament to that fact. Artists Annie Aitken, Marita Fraser, Julie Krone, Ali Noble, Sarah Newall, Sherna Teperson and Nuha Saad all exhibited a snapshot of their work, which was refreshing in its diversity. 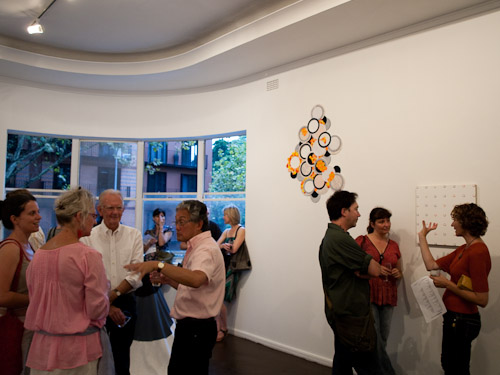 A crowd of artists, art lovers and friends was on rotation through the evening. People came and went, enjoying the works, the wine and battling for a spot near the windows for some air (it seems that air-conditioning must be considered taboo by the majority of Sydney gallery owners) on such a typically hot and humid January evening. 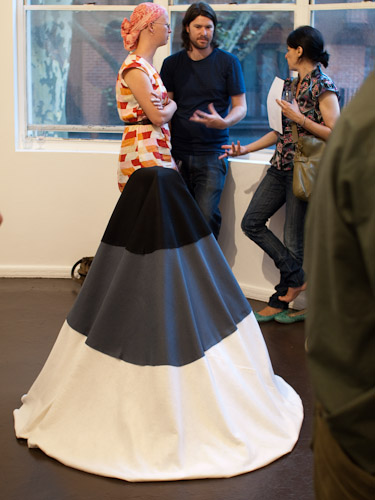 Felt Mountain (Target) 2008 by Marita Fraser was so much fun!  It really did take all my self-control not to sneak under it and scare people ghost-style when the came to examine it. I shouldn’t say such things about what I’m sure is a conceptually sound work of art. 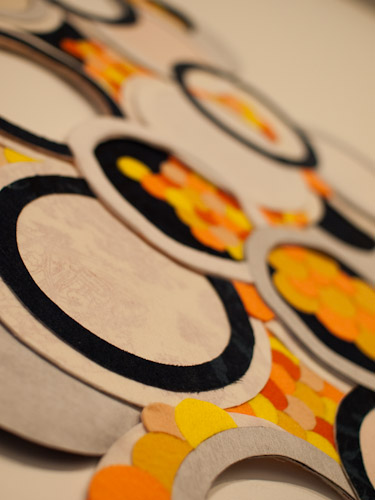 A stand out work on the night was Imagine Now 2010 by Ali Noble. Her material of choice here was circular felt cutouts, layering different colours and textures to build patterns and a sense of rhythm. I really wanted to put a red spot next to this one! 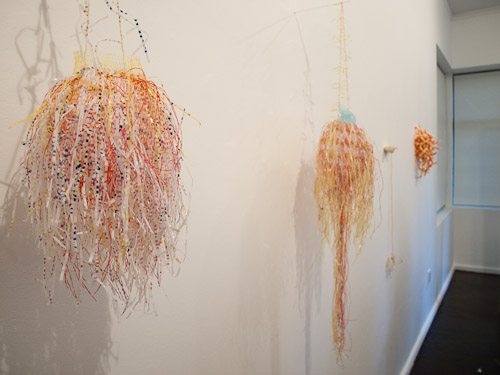 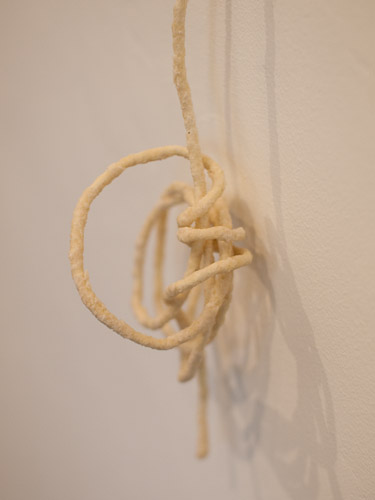 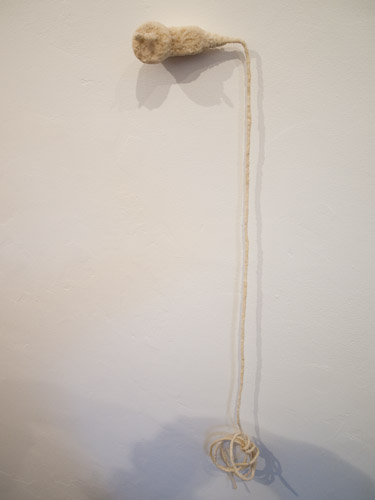 Sherna Thompson’s birdsong mnemonics 2010 was eerie, but somehow made my hungry when the citation revealed it was largely made of sourdough bread.

Looking forward on seeing more from these fine artists. Click through for more information on James Dorahy Project Space.