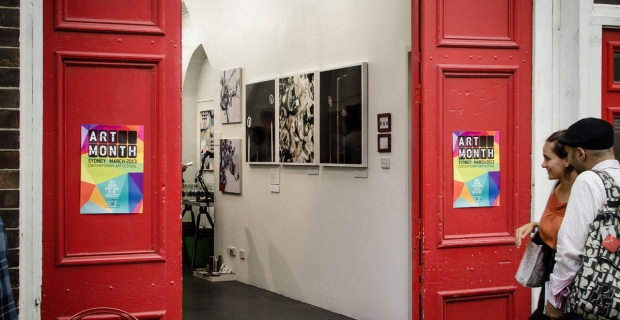 It’s March, so for all you art lovers that means Art Month Sydney! Unfortunately for us, it’s also meant a month of colds and flus that have been generously shared in every office in Sydney. Blurg. So, in an effort to bring you a taste of the action before we’ve literally sneezed and missed it, we dragged our sorry asses out to the Chippendale Precinct Night last week.

First stop: Kaleidoscope gallery. But that’s in Waterloo! Not any more. Kaleidoscope has a new home at 30 O’Connor Street, Chippendale. The space is smaller, but the new little gallery is fresh and ready for love. 33 Degrees was the opening show for the new space and featured a collection of works from Anya Brock, Dion Horstmans, Sam Mitchell Fin,  Shannon Crees, Simon Bernhardt, Johnny Kovacevic, Makatron, Brad Robson, Michelle Zlatkis and Mark Elliot Ranken. The diverse groups show gave us a glimpse of what’s to come from the new Kaleidoscope. We’re excited.

Second stop: Wellington Street Projects. And yes, we realise it wasn’t on the “official” art month map, but it’s a new gallery and it’s in Chippendale and the beers were cold. The space is beneath a warehouse of working studios. The opening group show Rumble was a collection of amazing works from Greedy Hen, Gregory Hodge, Kirra Jamison, Belem Lett, Dane Lovett and Tara Marynowsky. Maybe we didn’t really get the connection between the works, but they were fantastic to look at.

Third stop: allegedly Ng Gallery. But despite being on the Art Month map they weren’t letting anyone in due to a private function. Odd. How much do you reckon someone paid to effectively close the exhibition on one of the biggest nights of the year? We’re feeling sorry for the artist, Anna Culliton.

Last stop: McLemoi Gallery. Did you know it’s actually owned by Glenn McGrath and wife Sara? He was there, if you’re into that kind of thing. The show was a self-titled collection from Friends With You, an internationally famous art collective. The bright, cute and bubbly sculptures, paintings and prints filled the space with fun and colour. We got in early to get a good look at the show before the precinct party venue filled up (anyone recall the insane crow at White Rabbit last year?).

So in the 2 hours of opening time we managed to check out 3 (note: technically only 2) of the 14 galleries in the area. Pretty pathetic, huh? Never mind, there’s always next year! 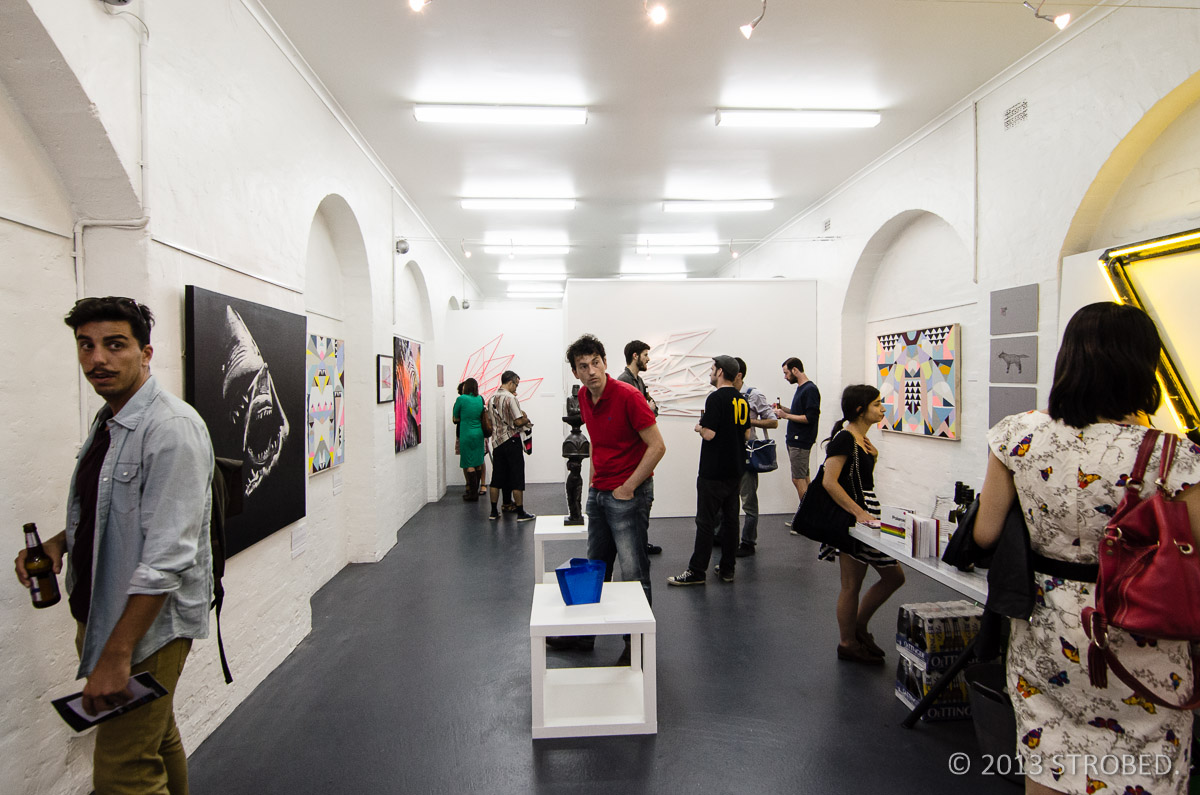 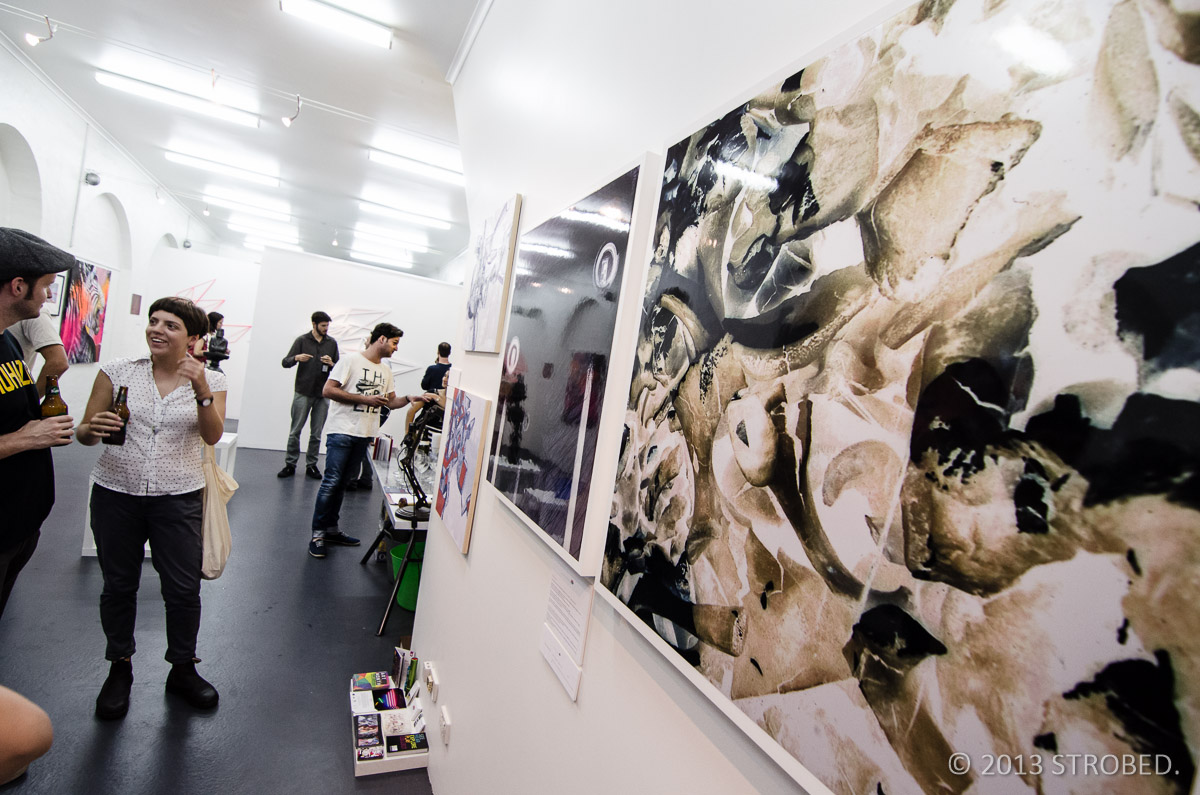 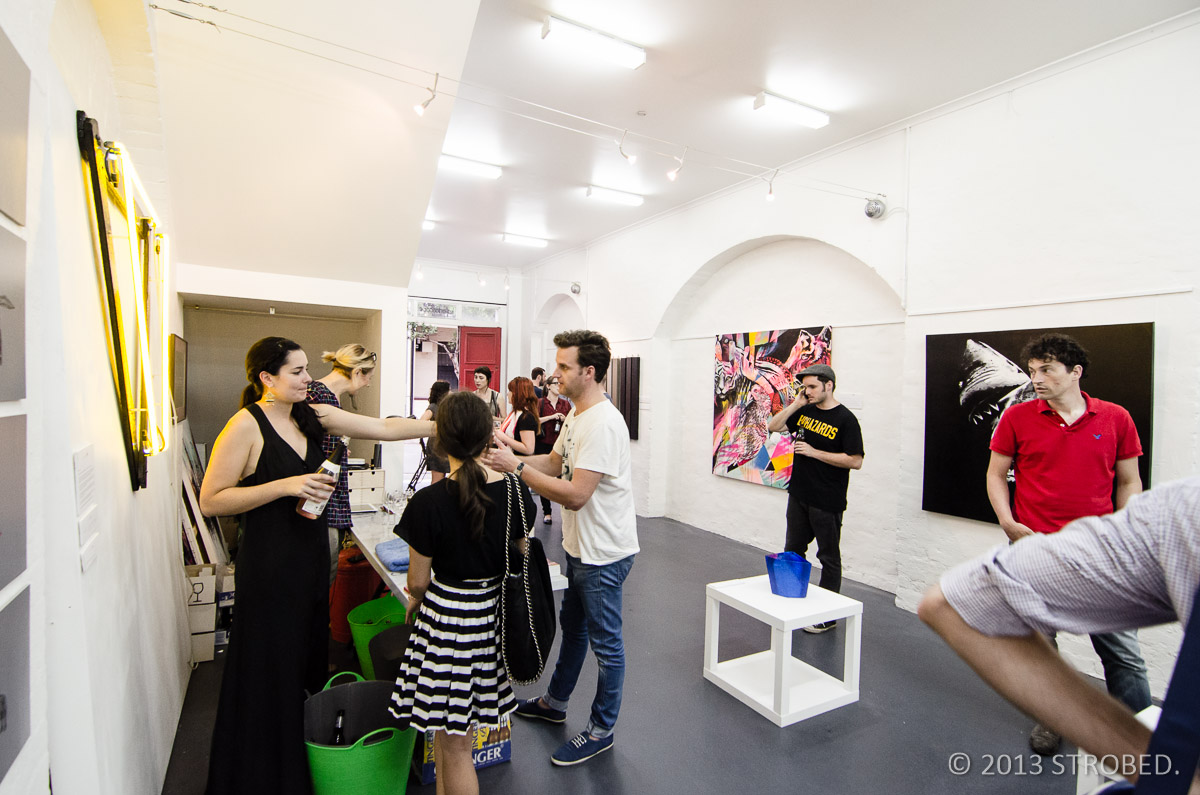 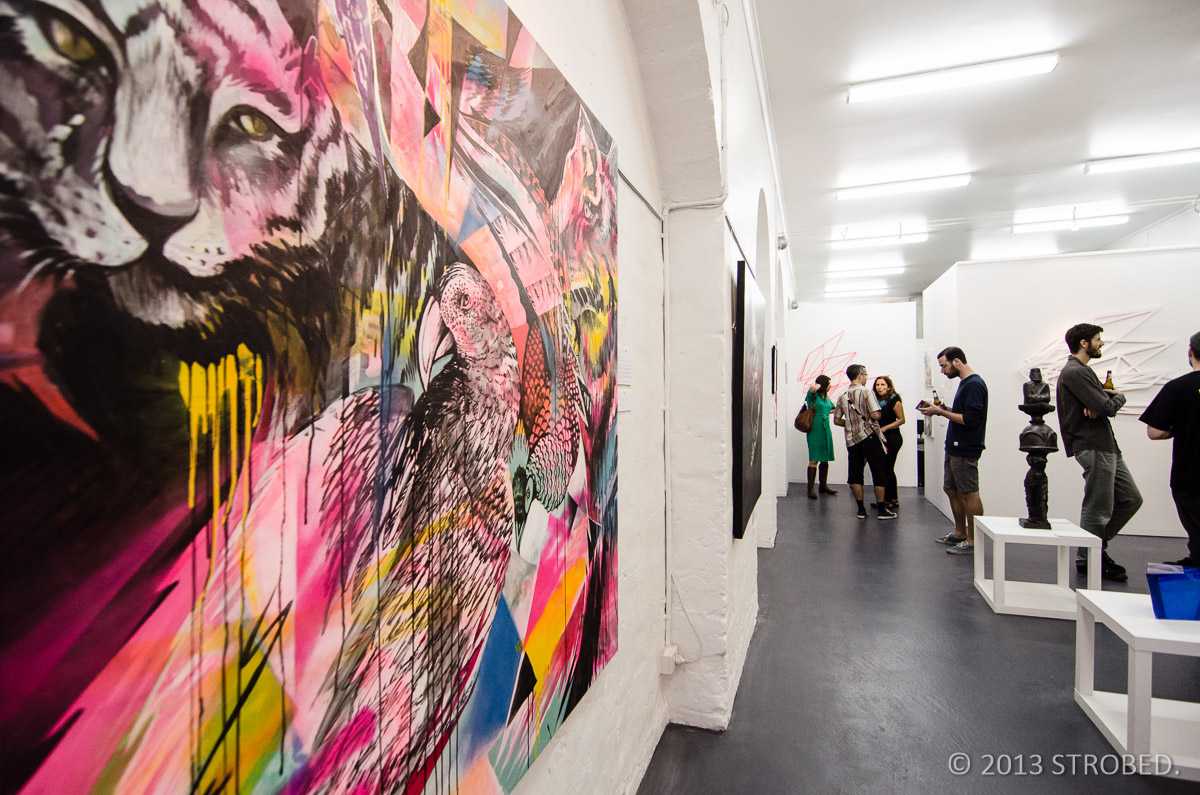 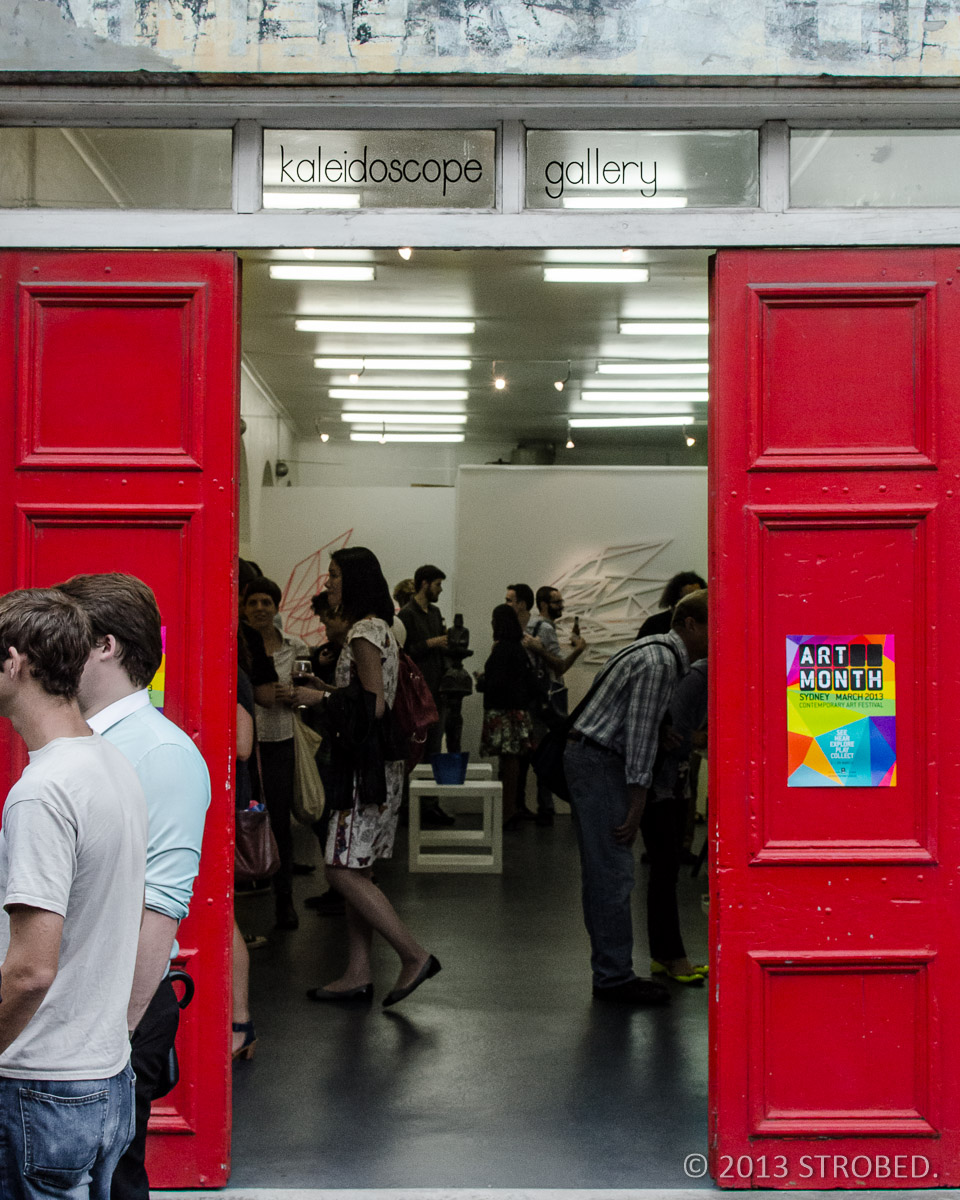 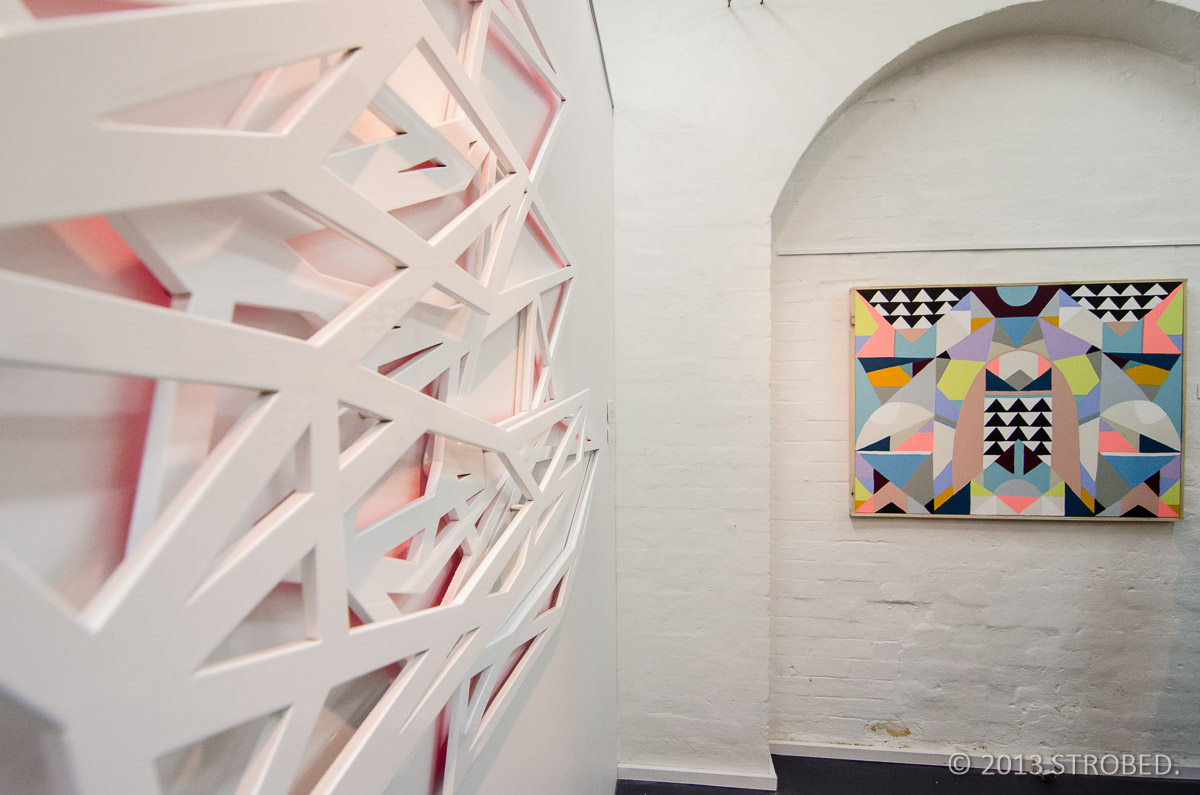 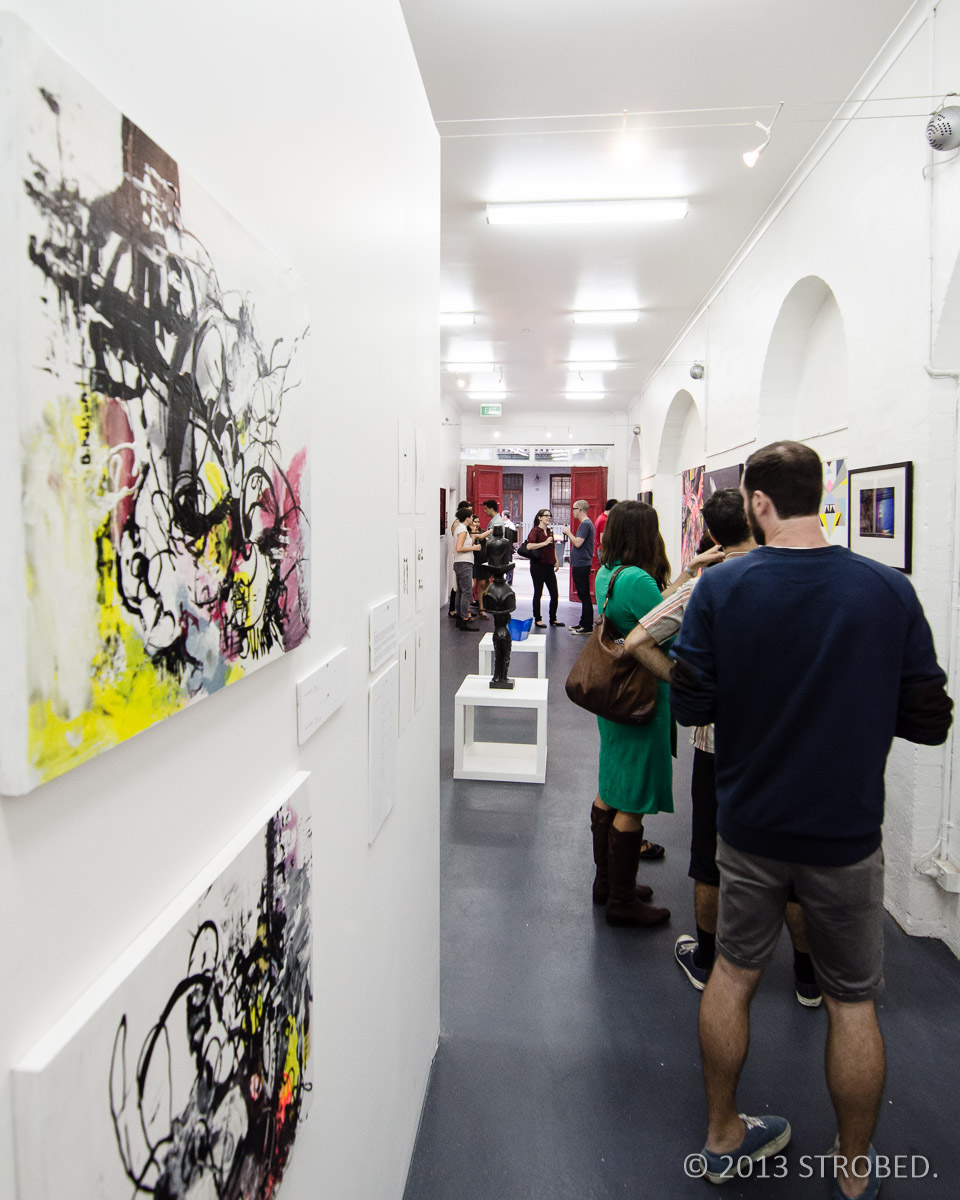 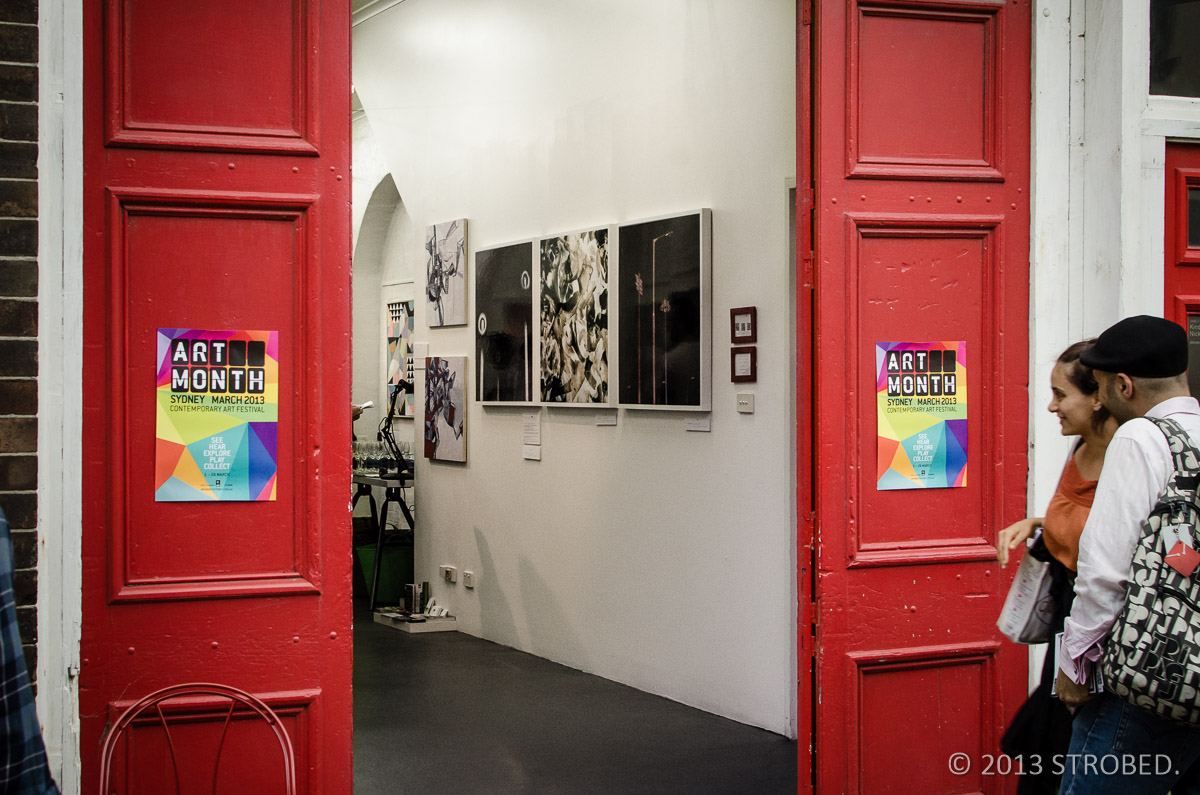 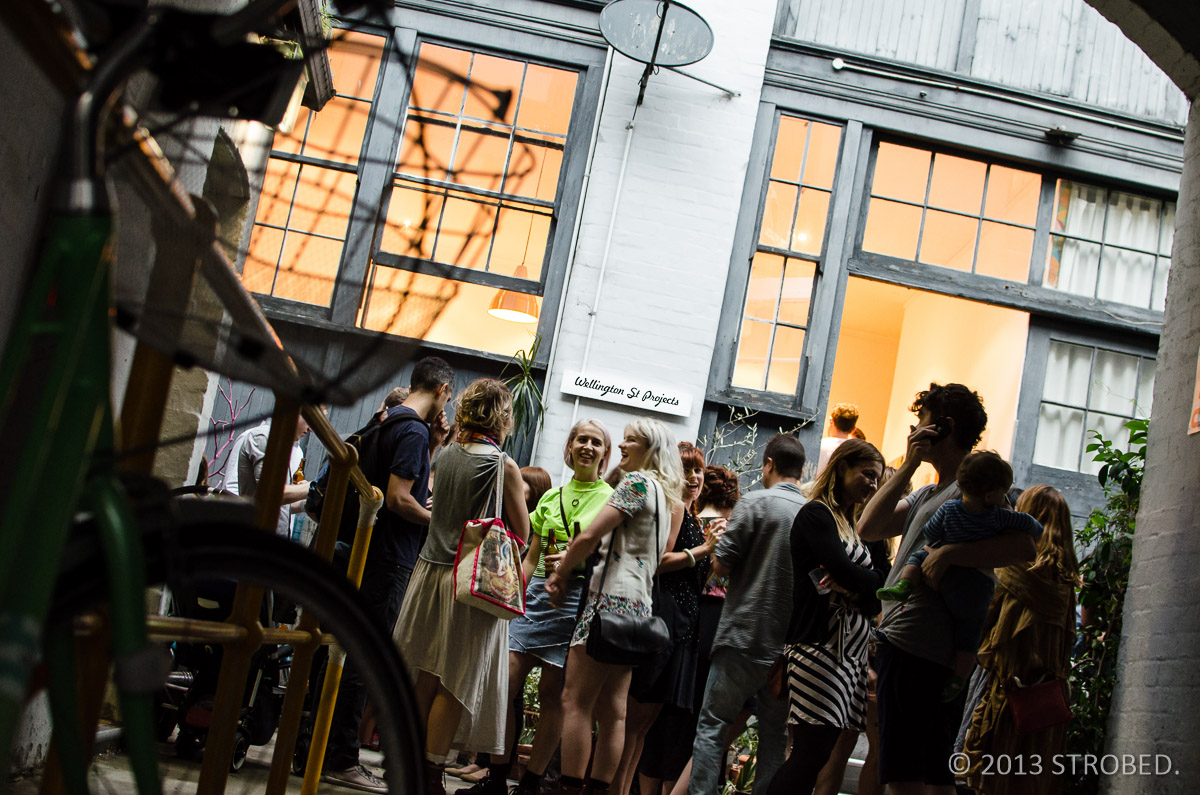 All happenin’ at Wellington St Projects 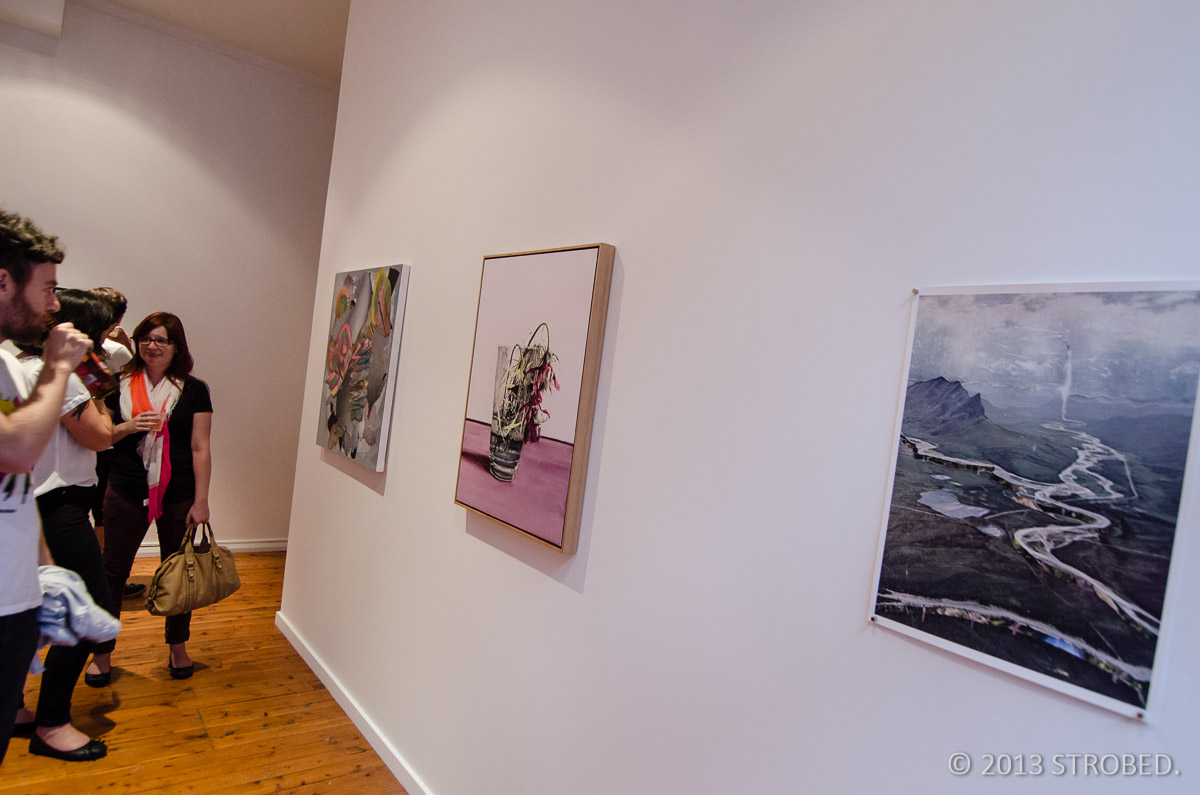 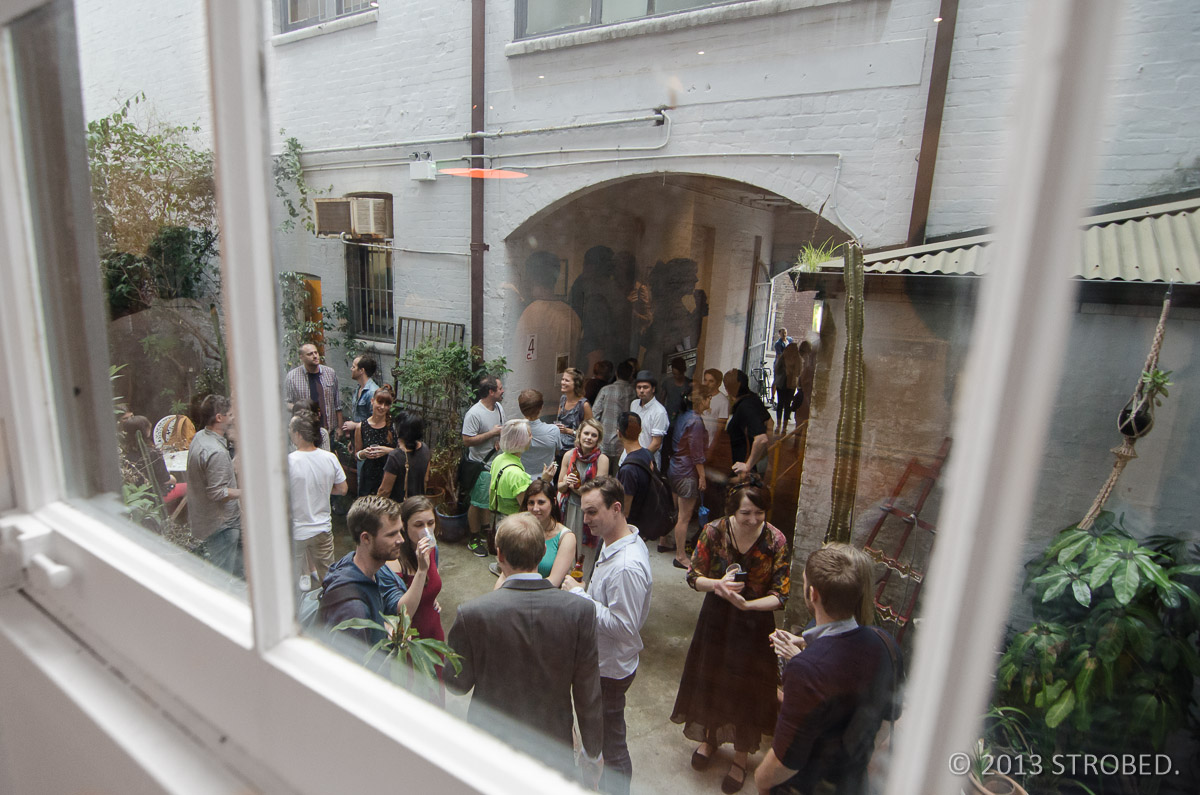 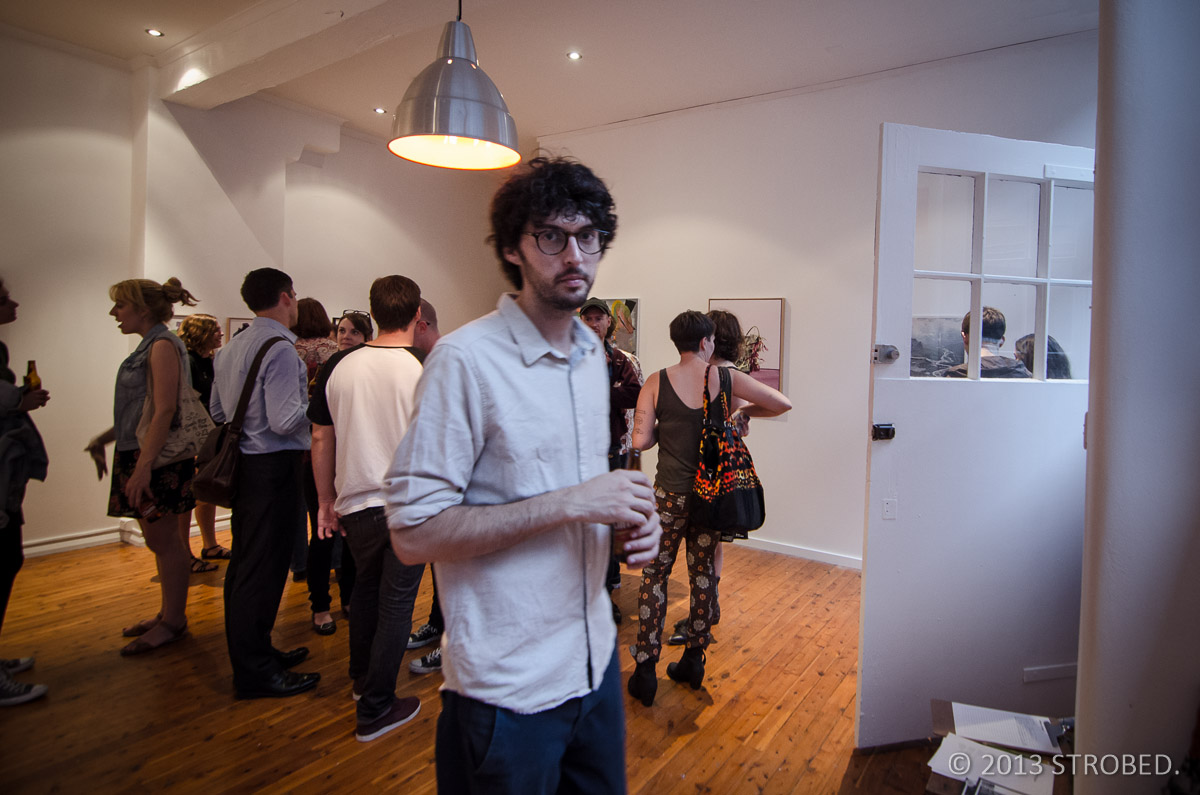 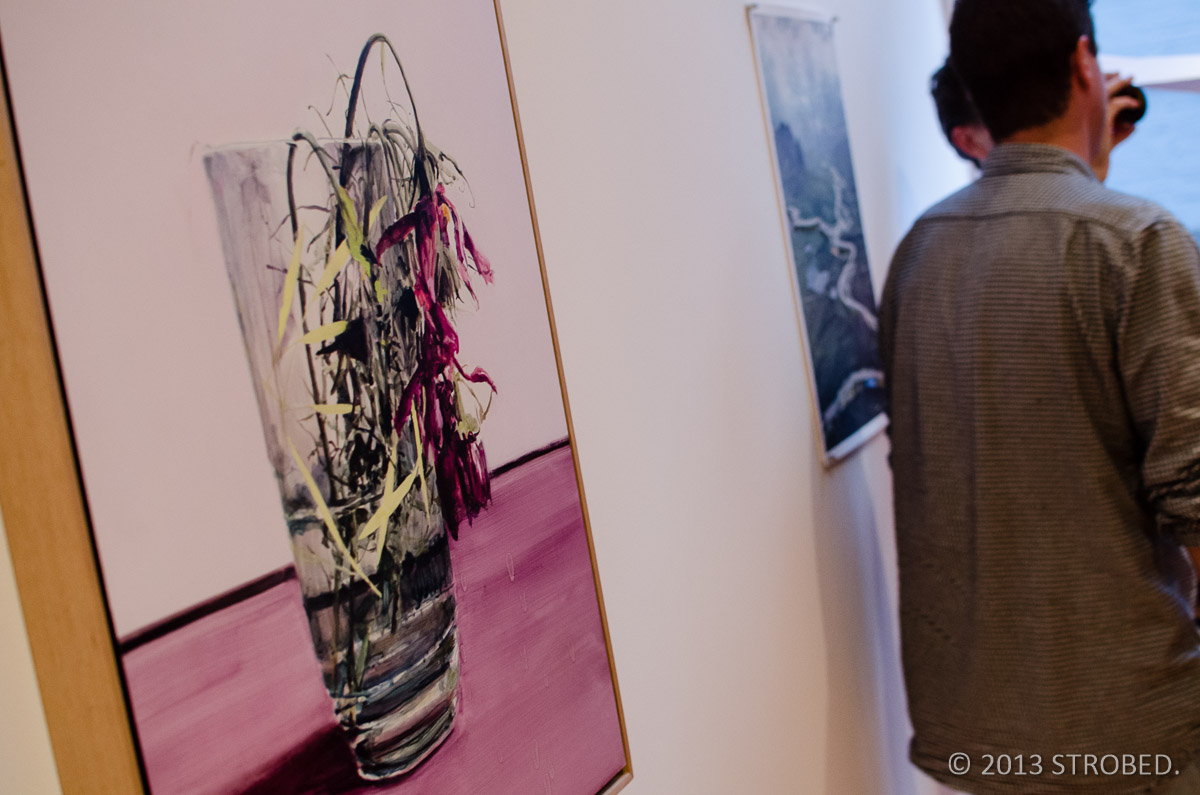 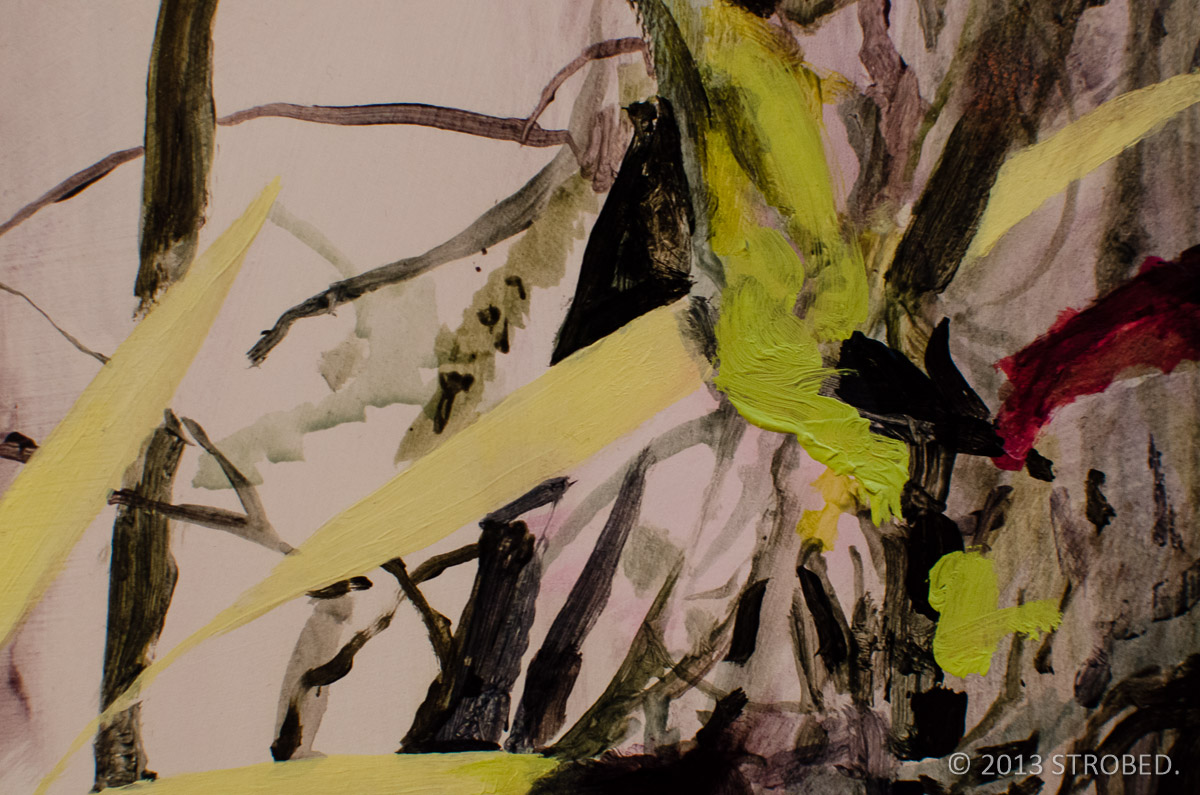 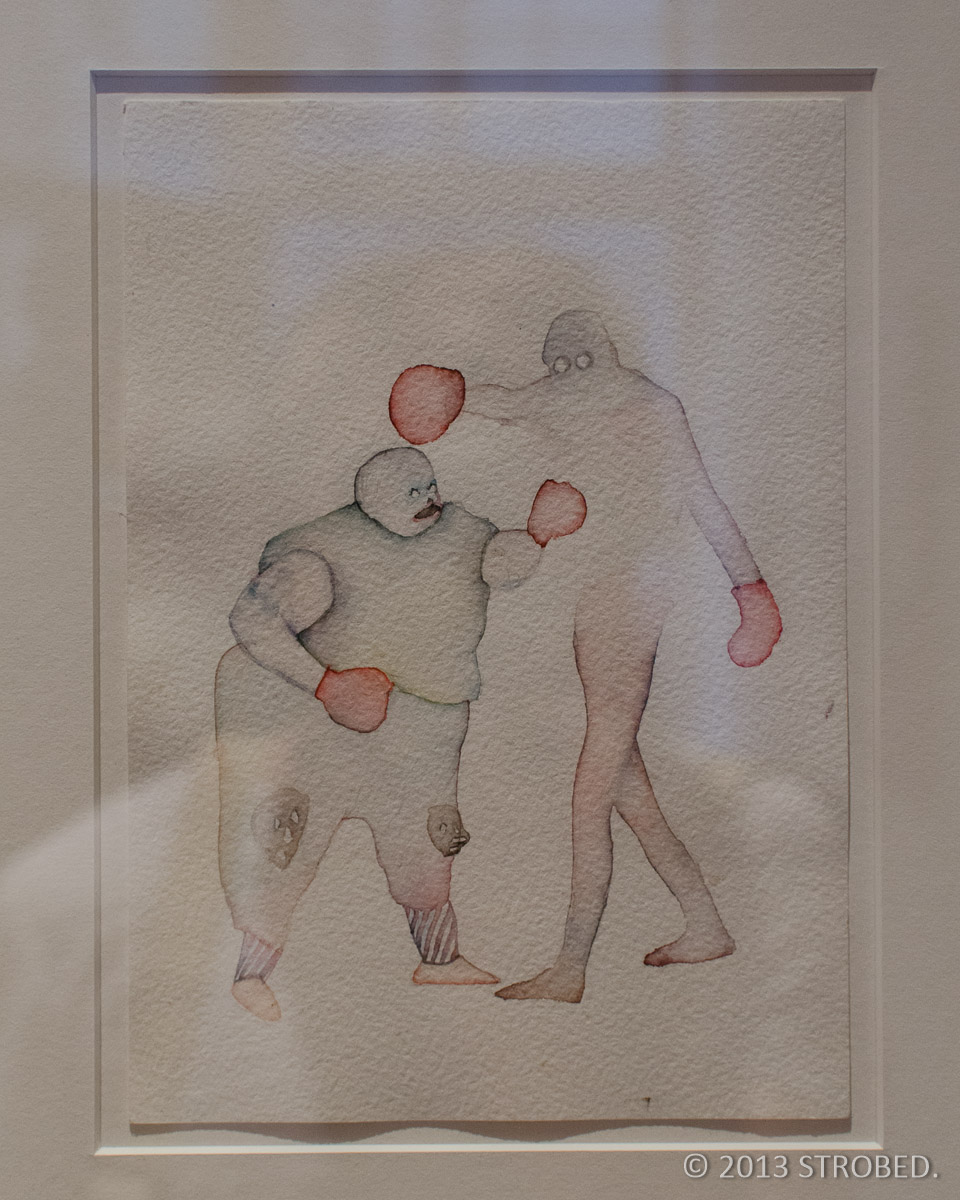 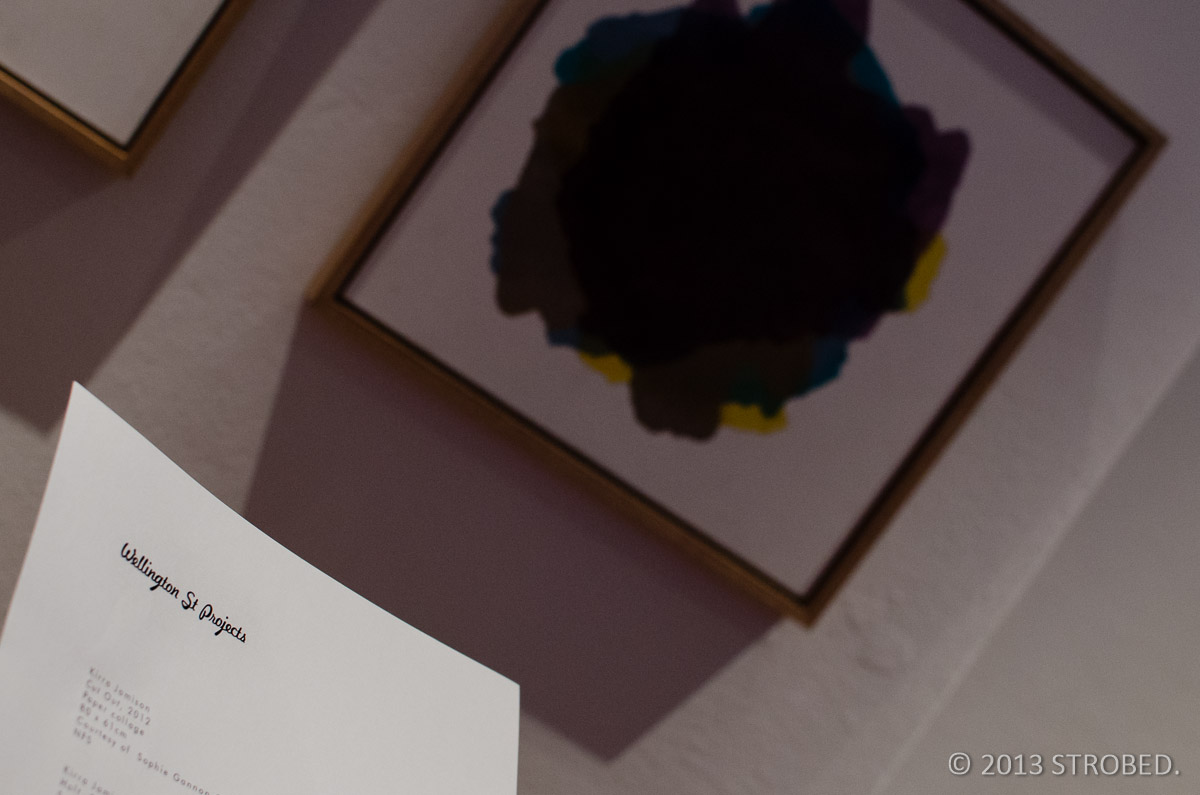 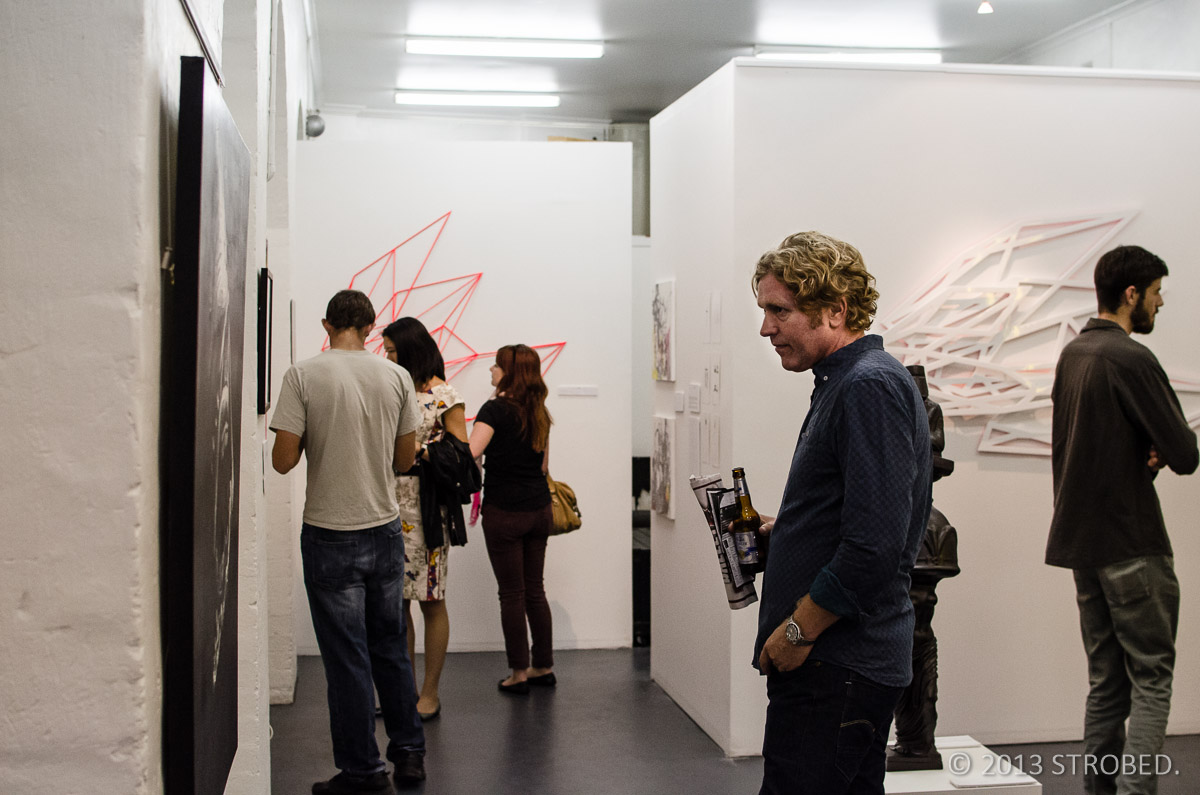 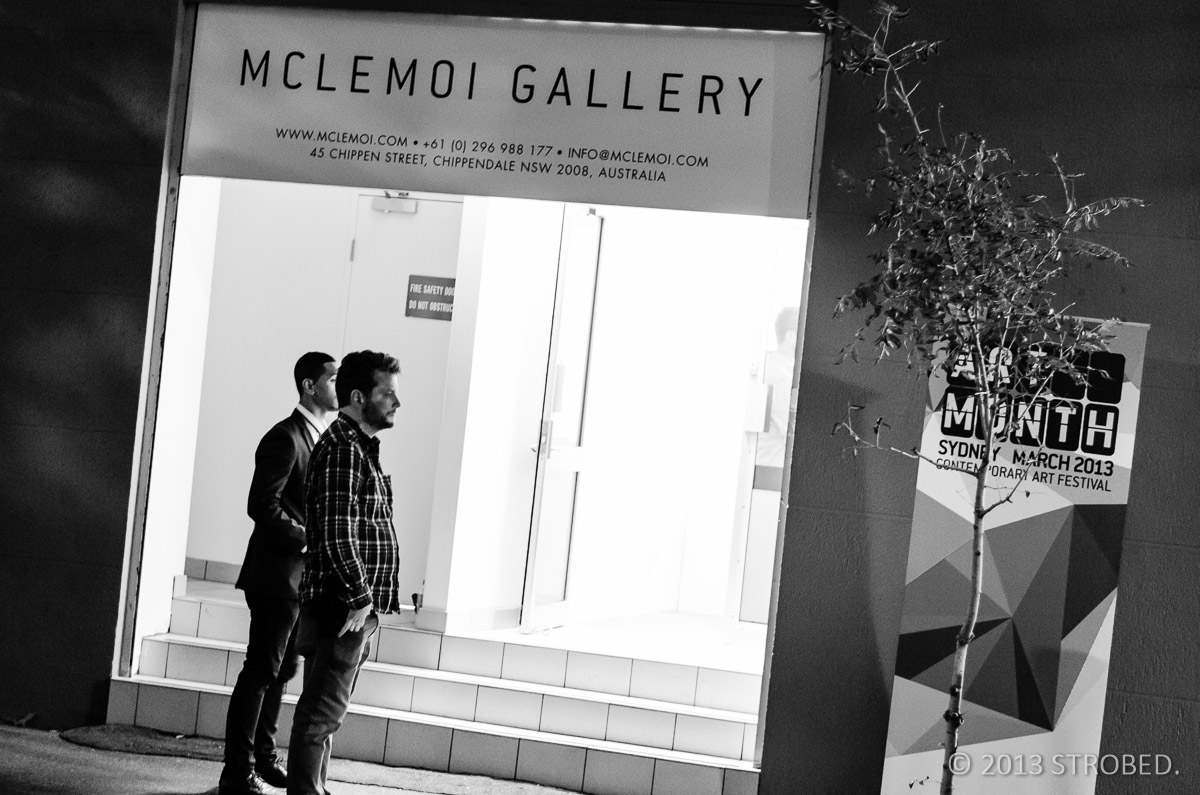 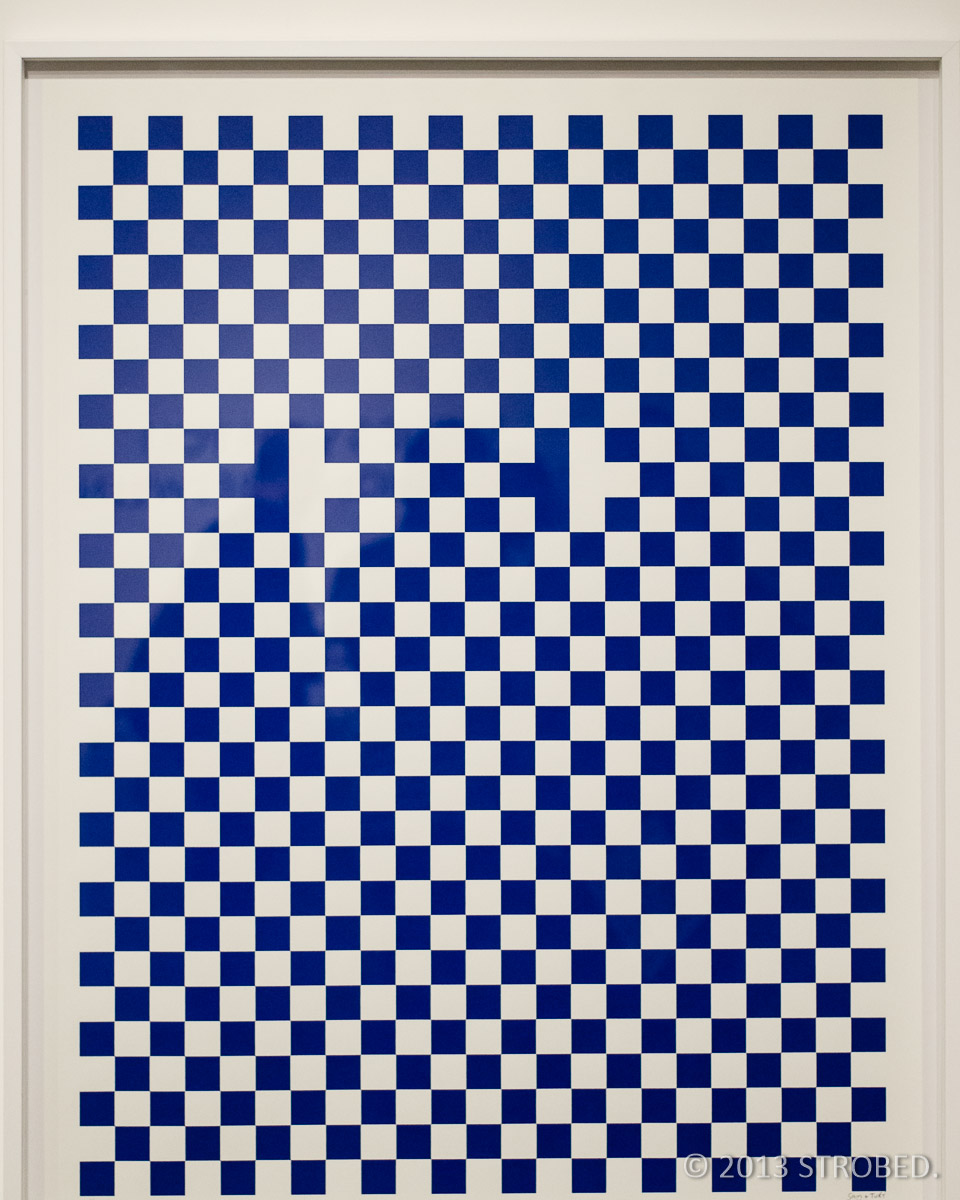 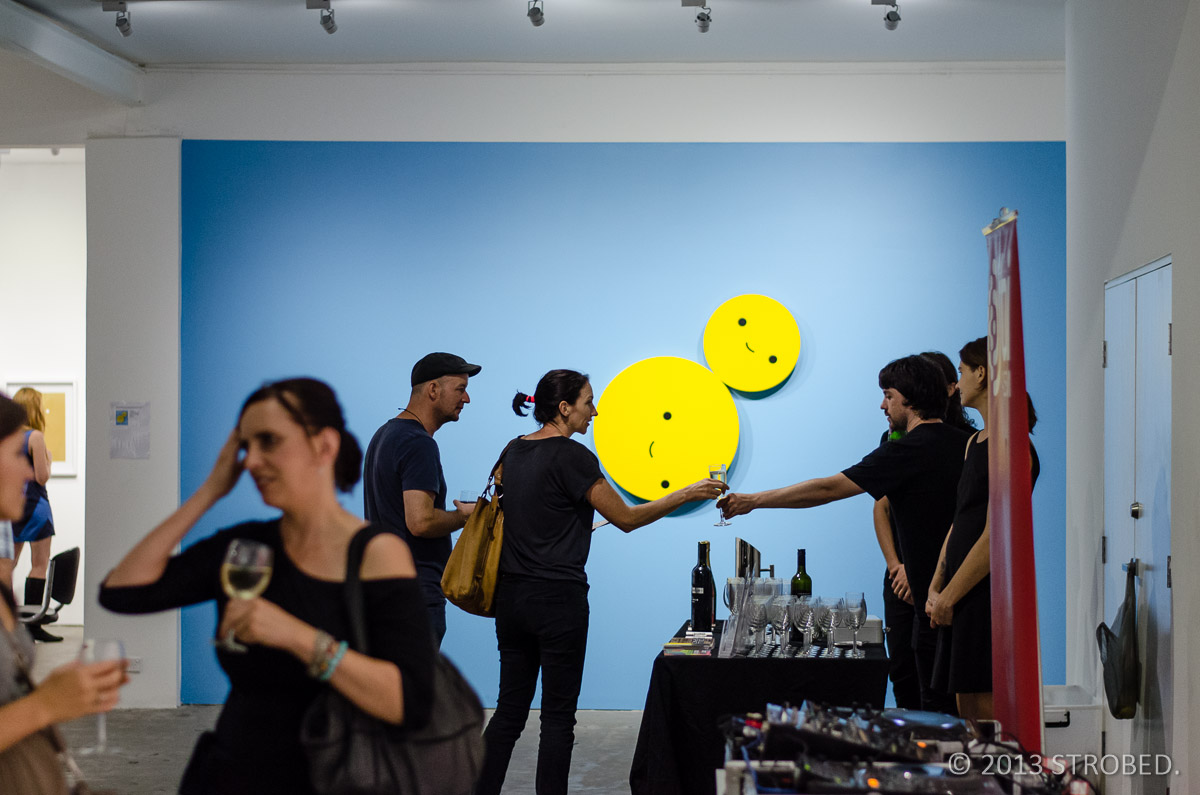 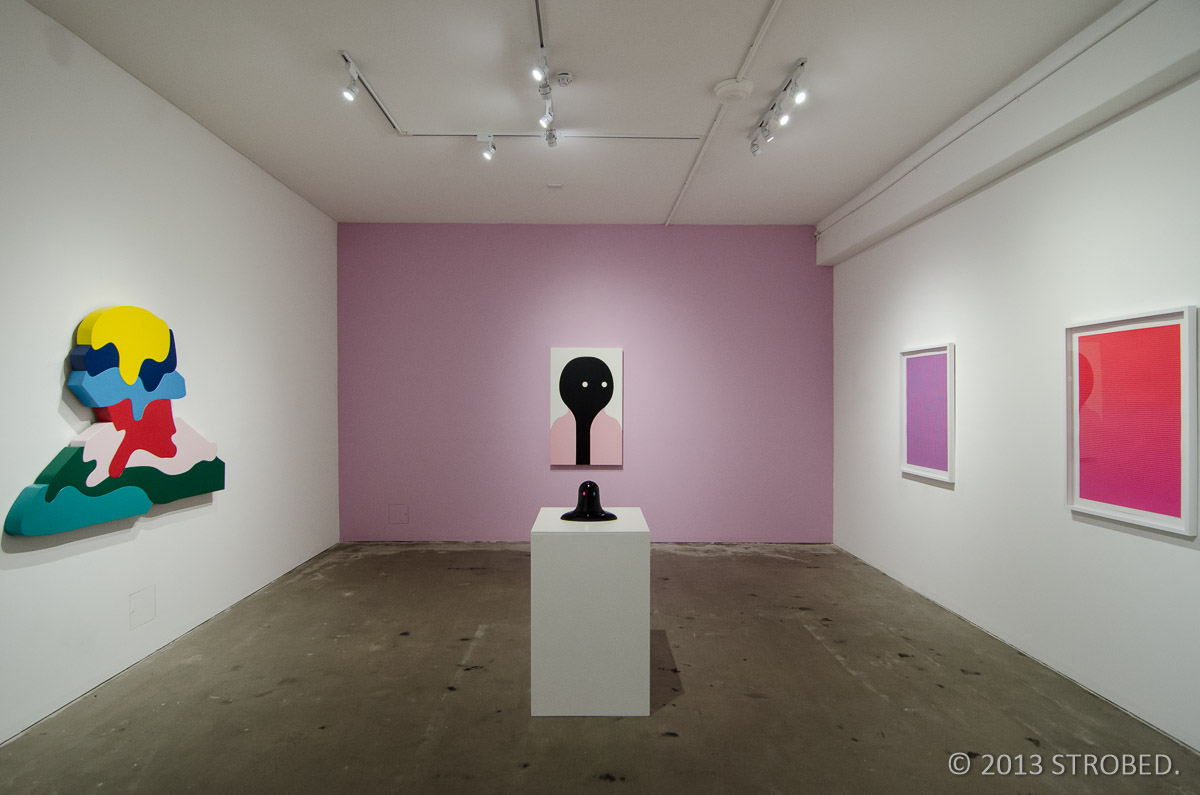 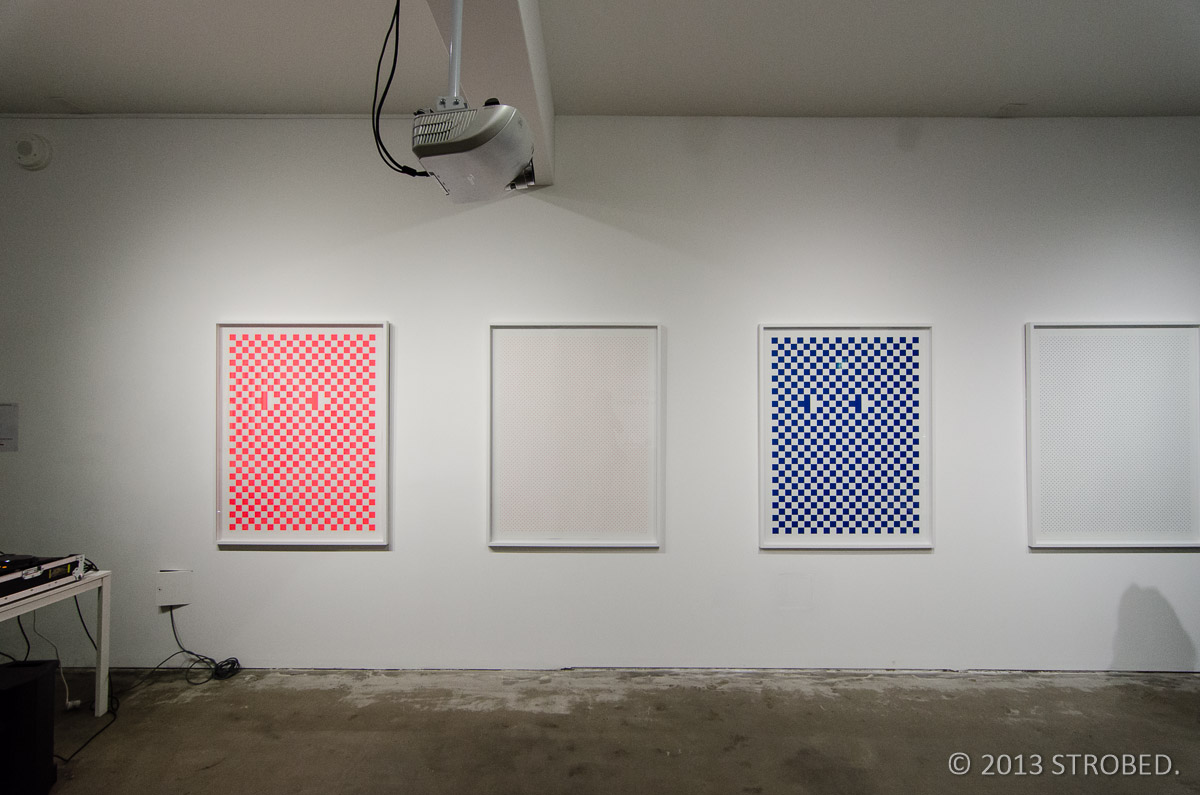 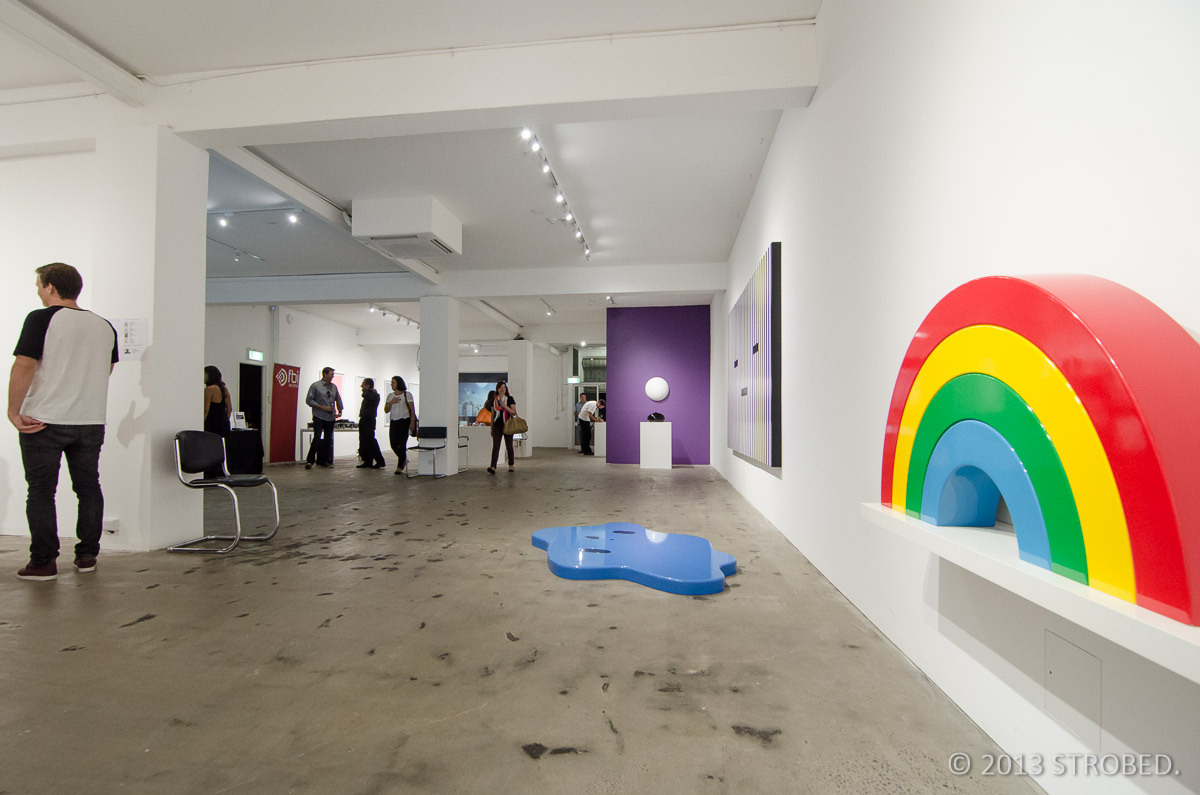 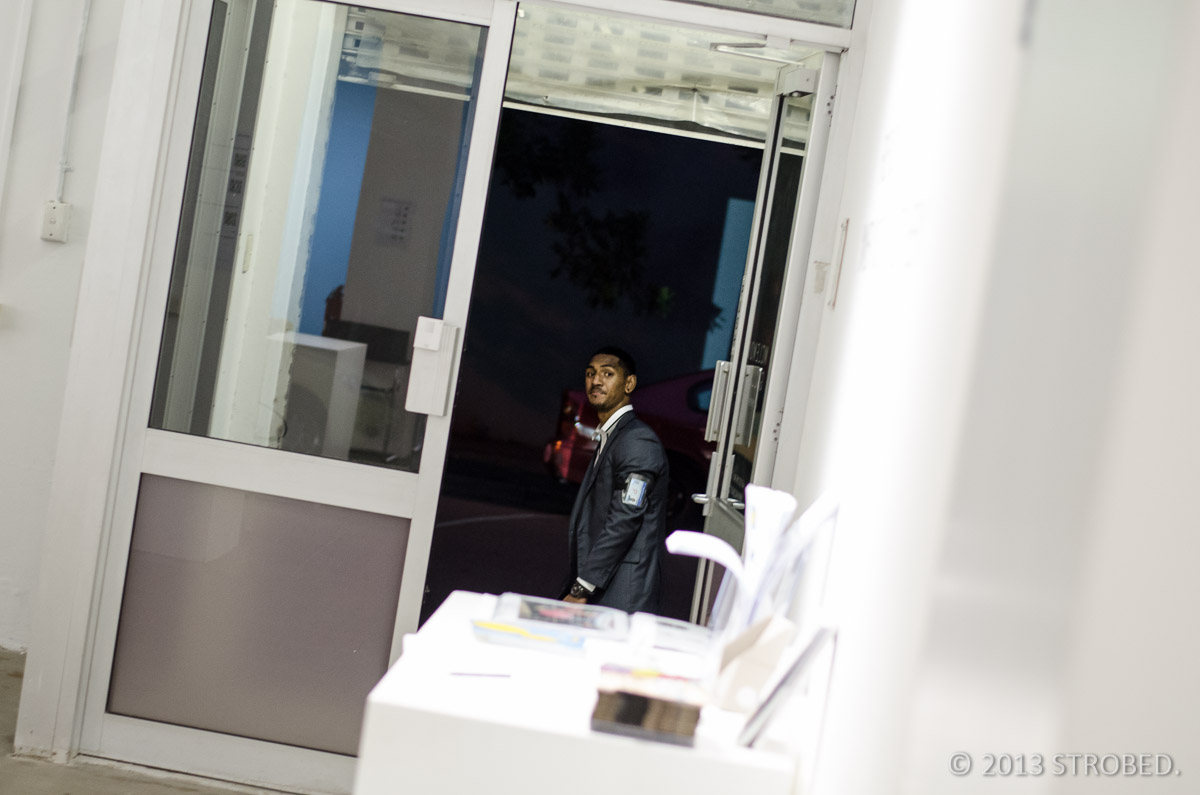 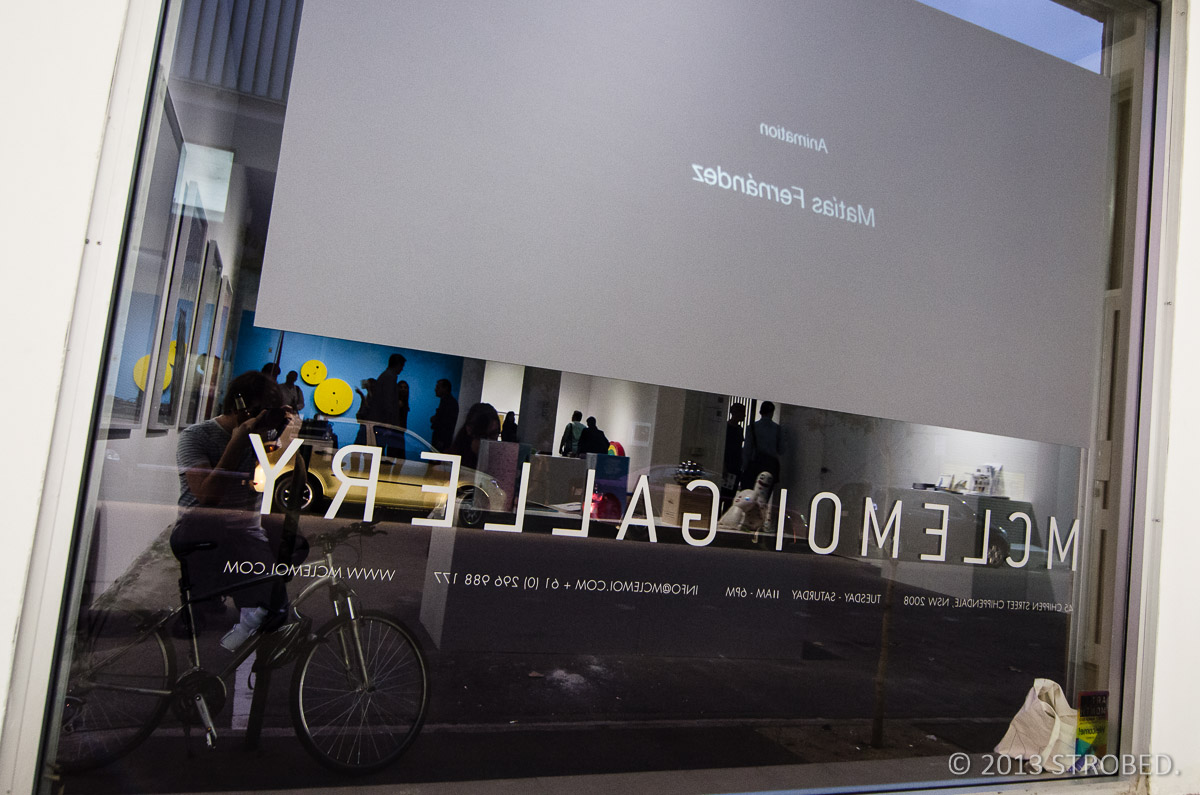