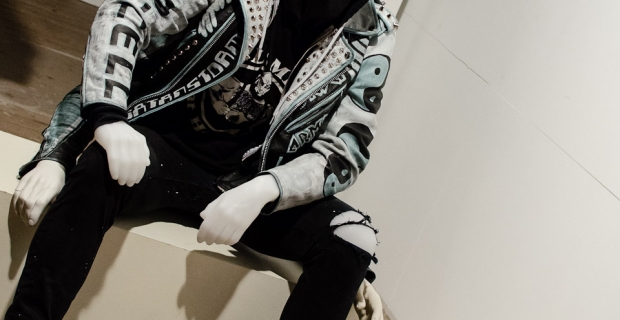 James Jirat Patradoon has been popping in and out of galleries for  quite a few years now. His bold, violent and surreal works have made a name for him as a master of 2D images. Screen prints, graphic paintings and digital illustrations have so far been his main domain. D!3 4ND B3 F0R9O773N (that’s “Die and be forgotten” for those who aren’t L337) is Patradoon’s departure from the traditional mediums of his past. Animated GIFs, silk wall hangings and sculpture are the way of his future… at least for now.

The gallery as eerily lit. Spotlights shone on large wall hangings and old TV sets flashed loops of distopian animated GIFs. Familiar themes of death and leather were woven through the collection of works. Retro colours, technology and pop-references brought a strange nostalgia to the exhibition. In the corner a small table was set up, lit only by a single lamp, selling limited edition t-shirts and patches. Performance art or quick buck? You decide.

The TATE was busy with fans dropping in the catch a glimpse of the action. The “one night only” exhibitions here are great. Although not what we were expecting, it was good to see the evolution of Patradoon’s work. There will be no forgetting those panting “Davids” in a hurry. So hot right now. 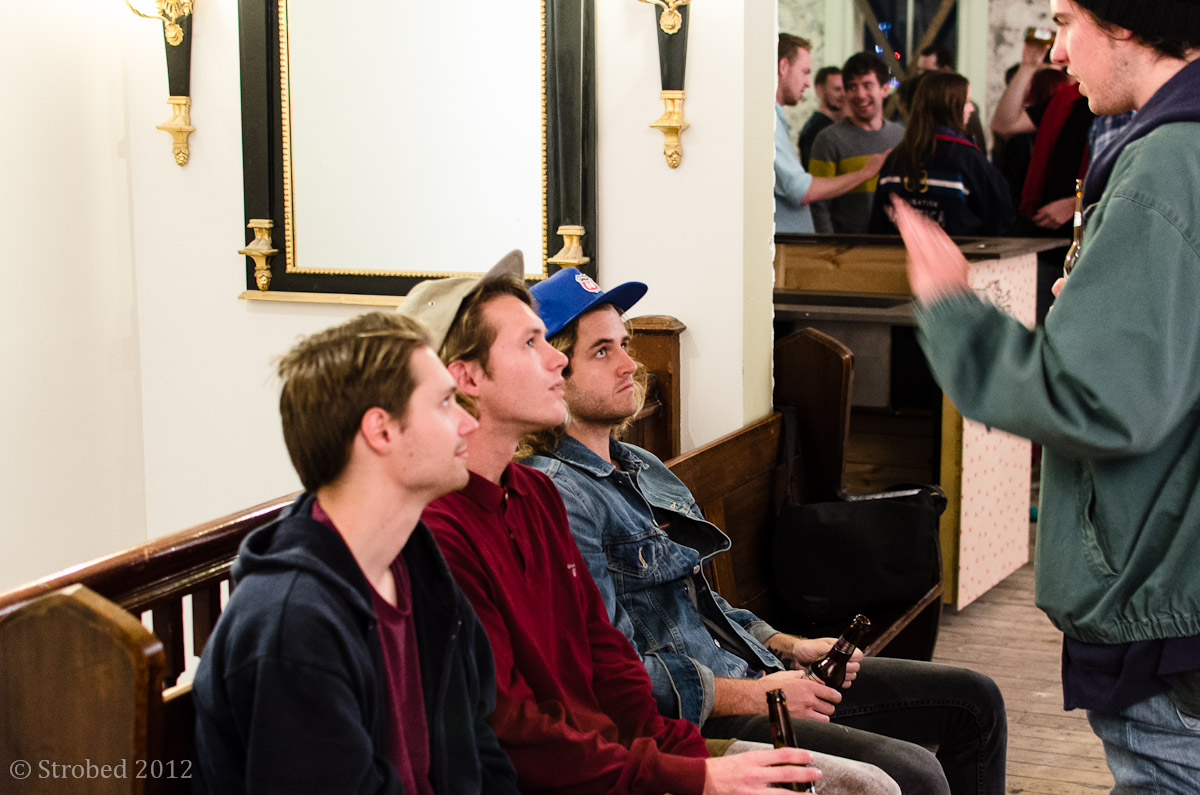 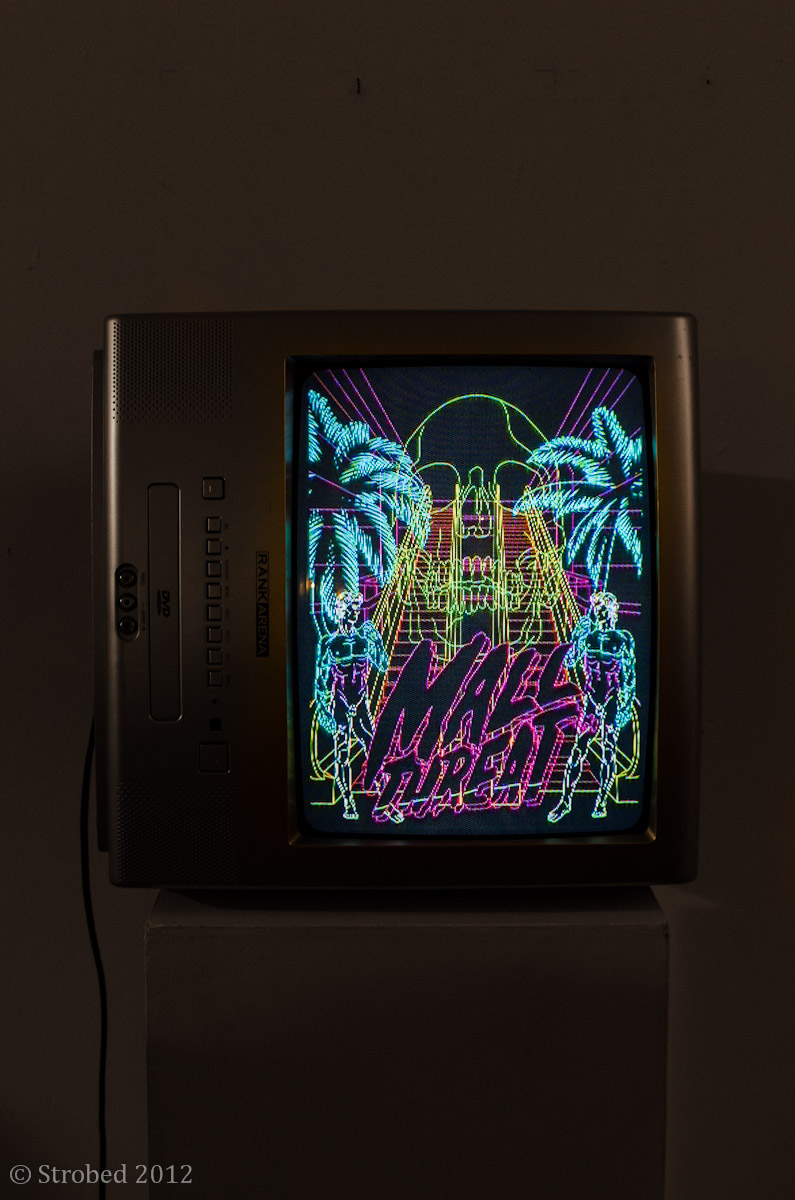 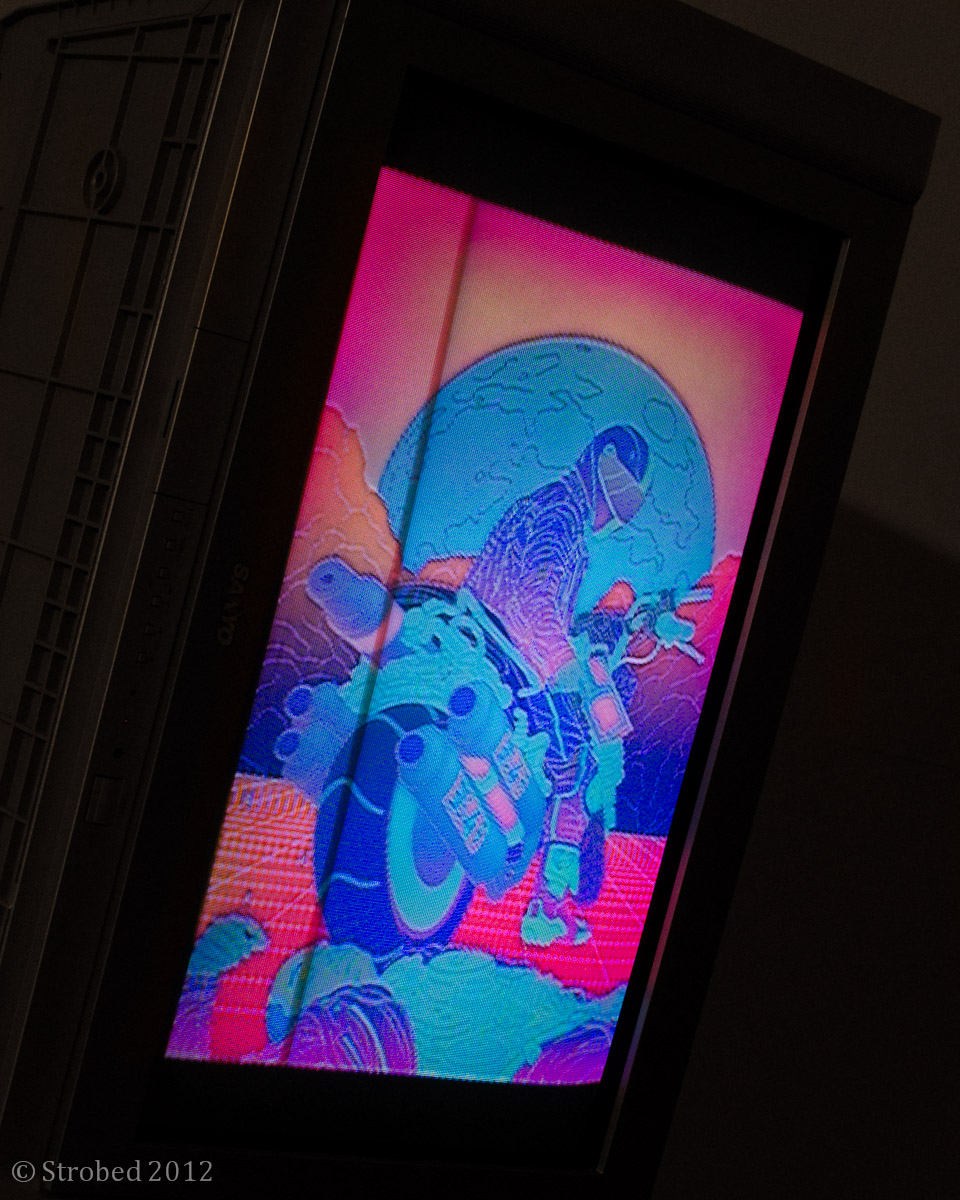 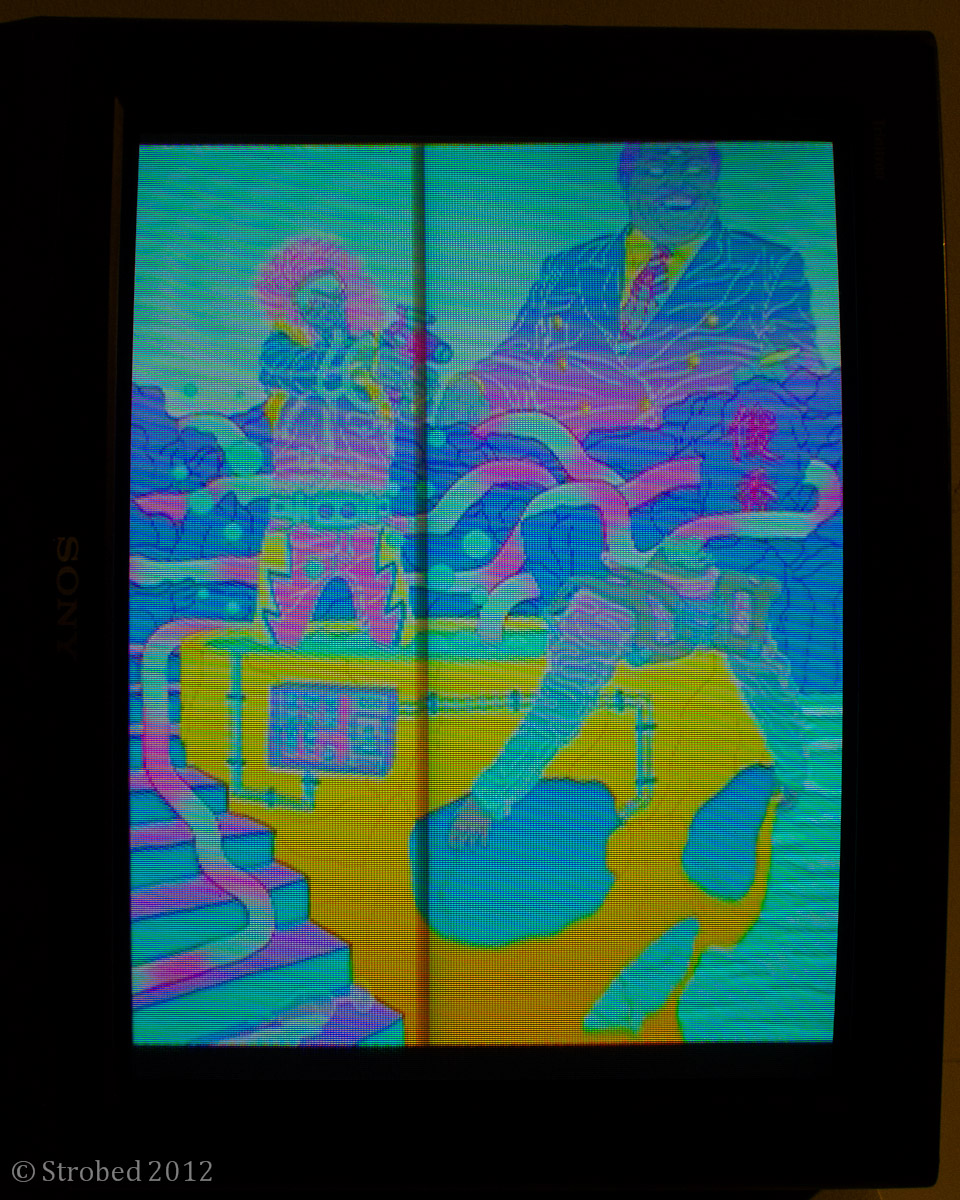 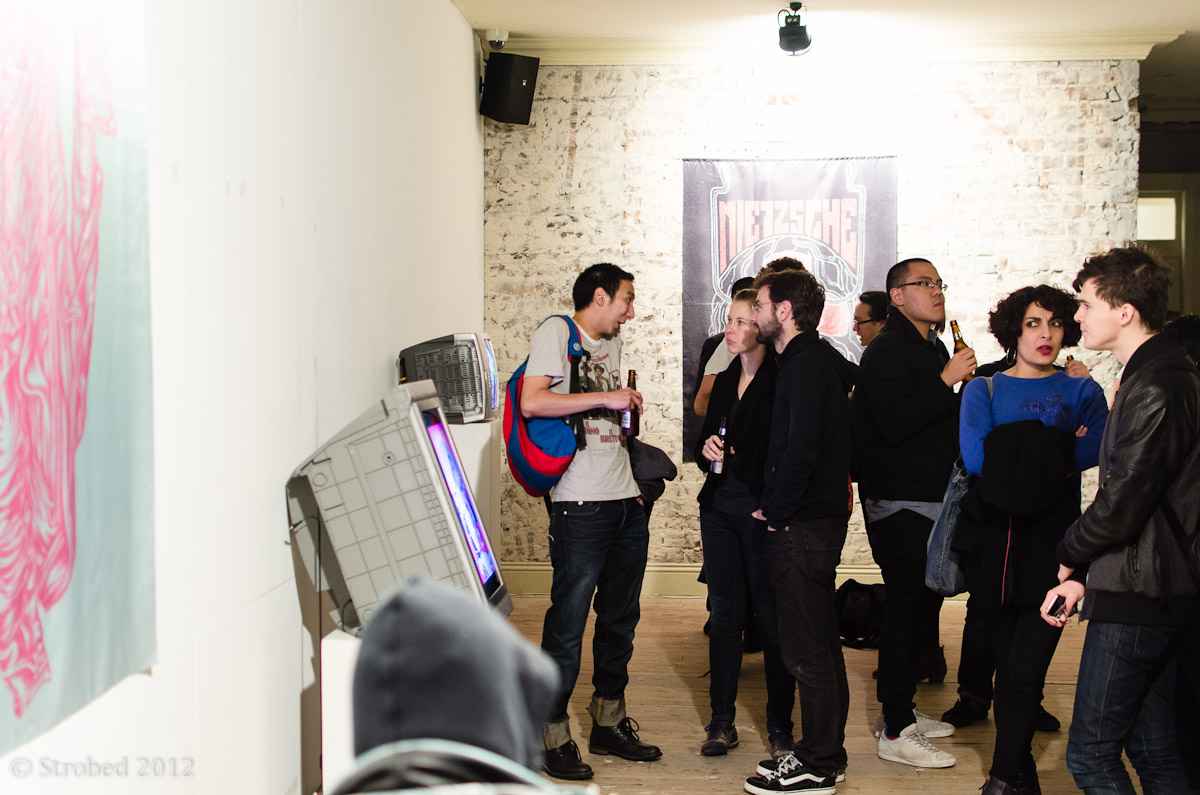 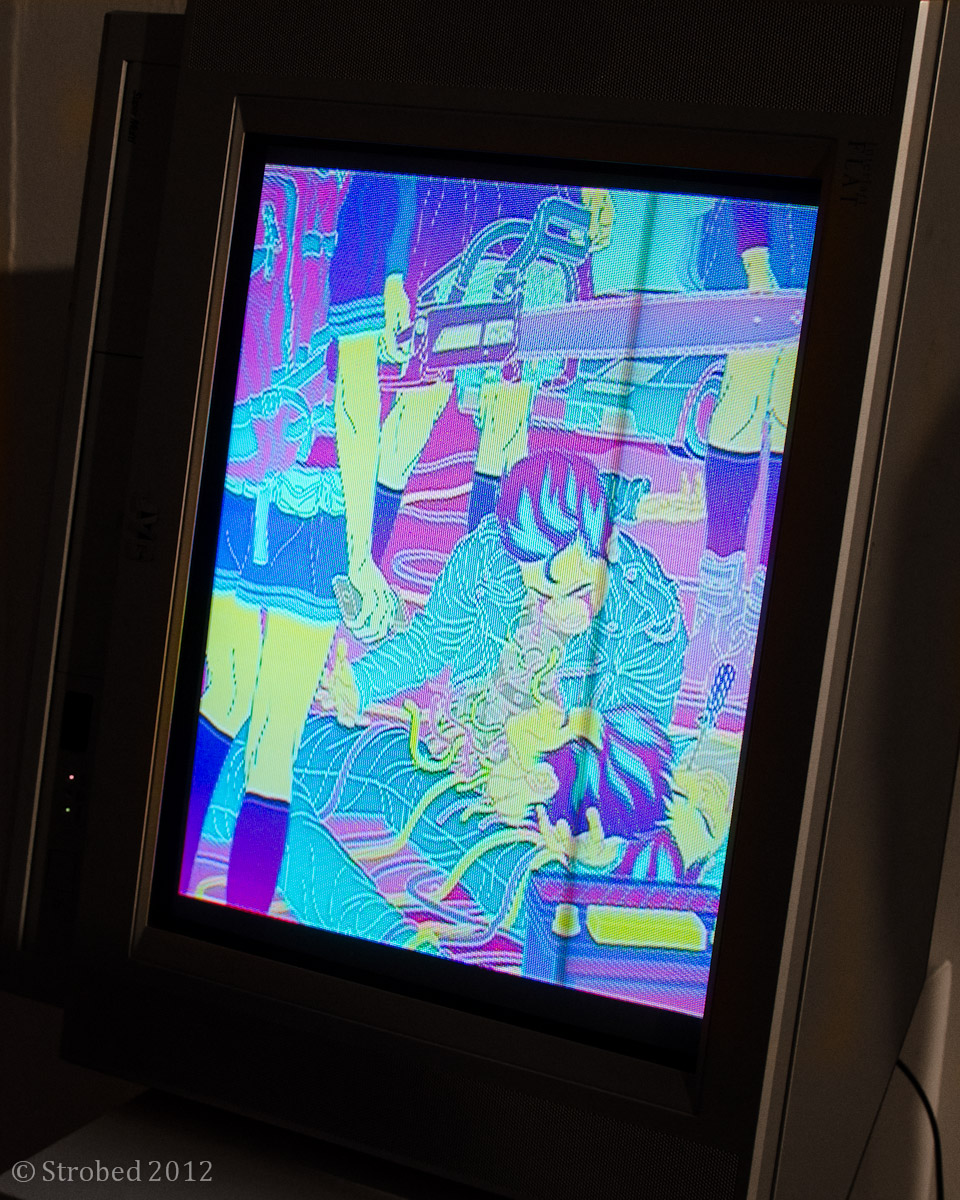 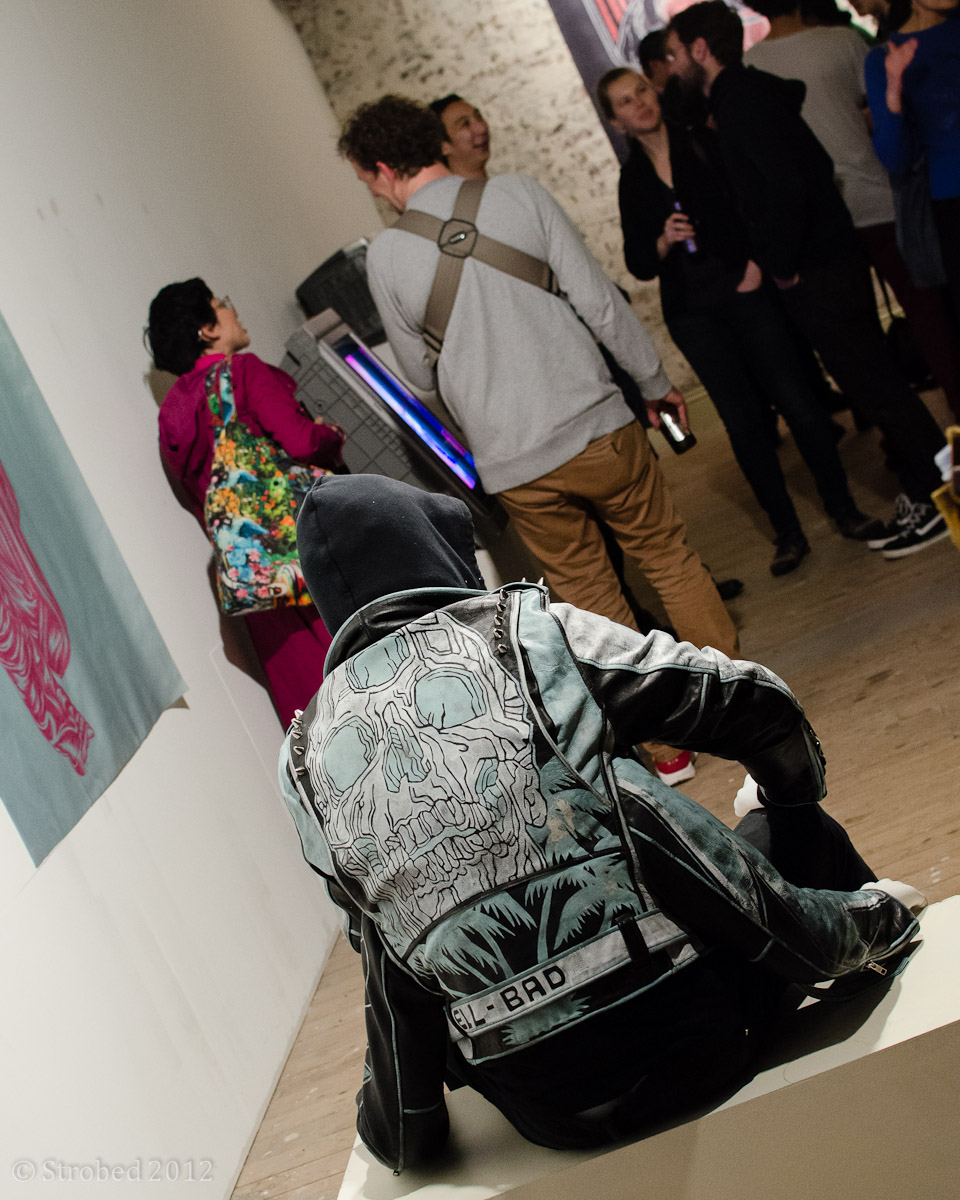 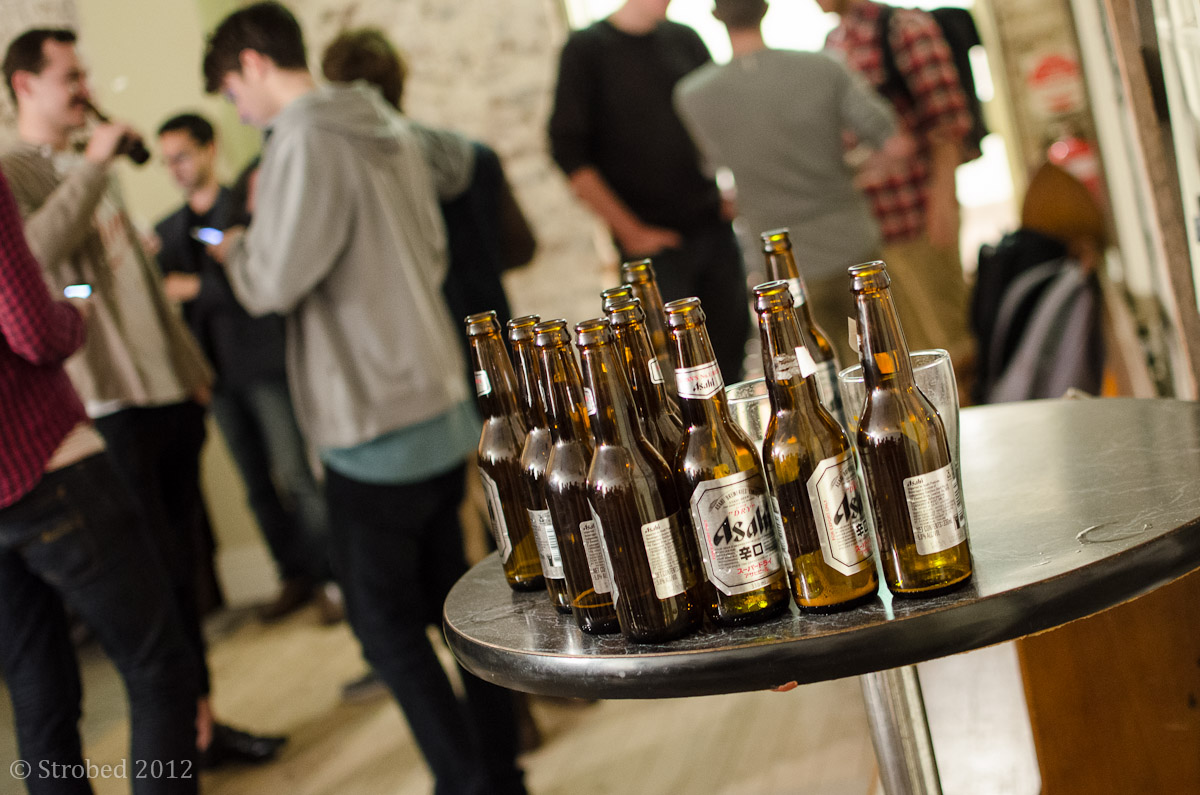 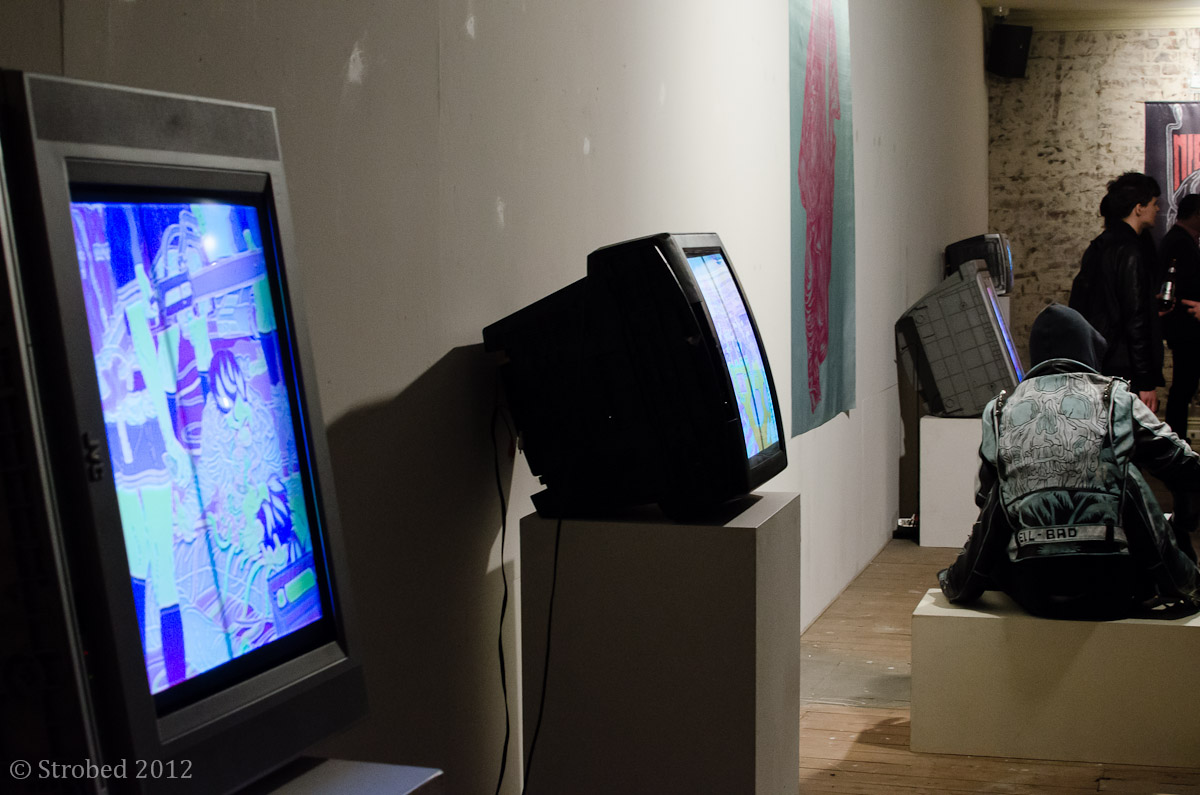 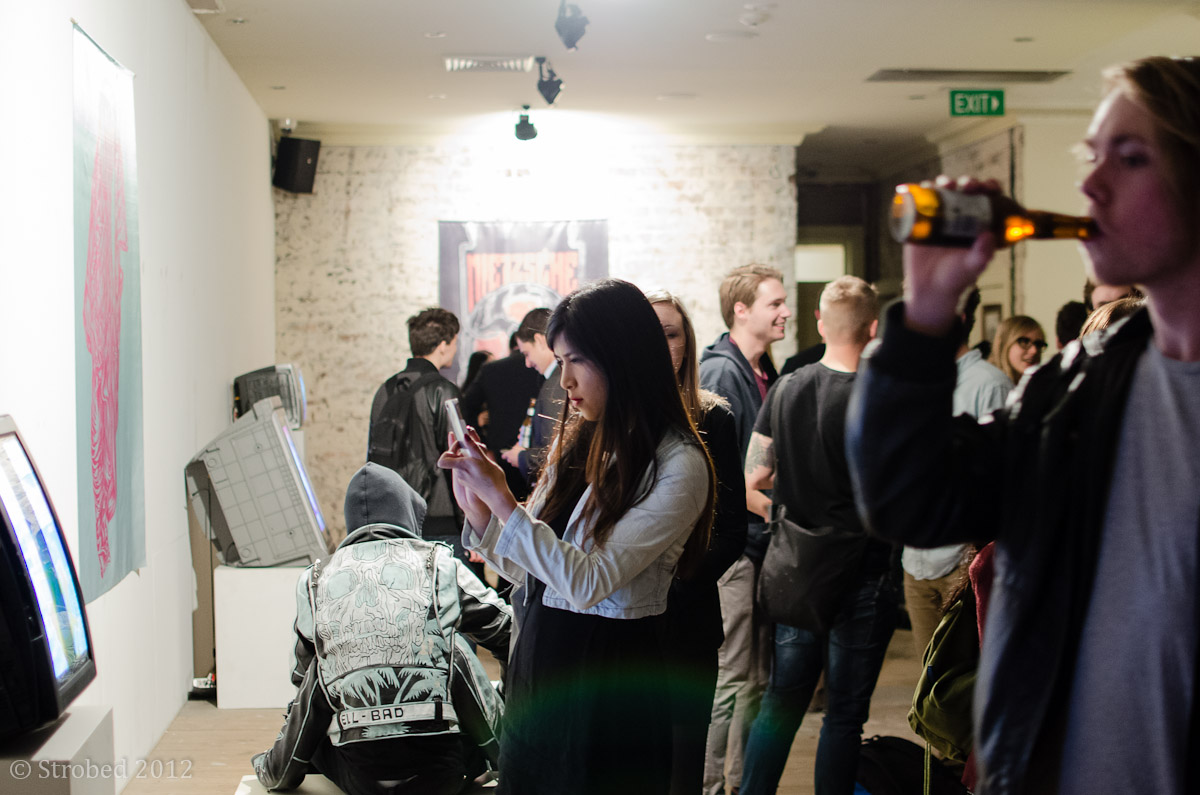 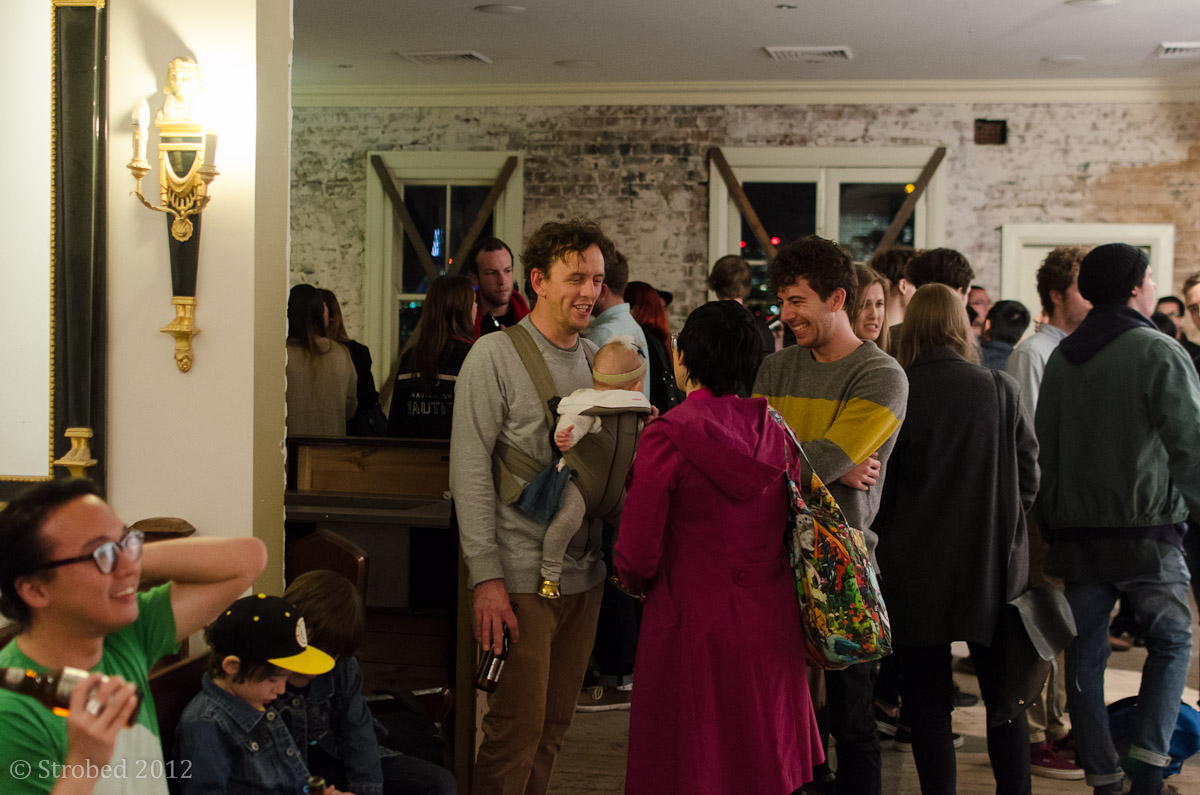 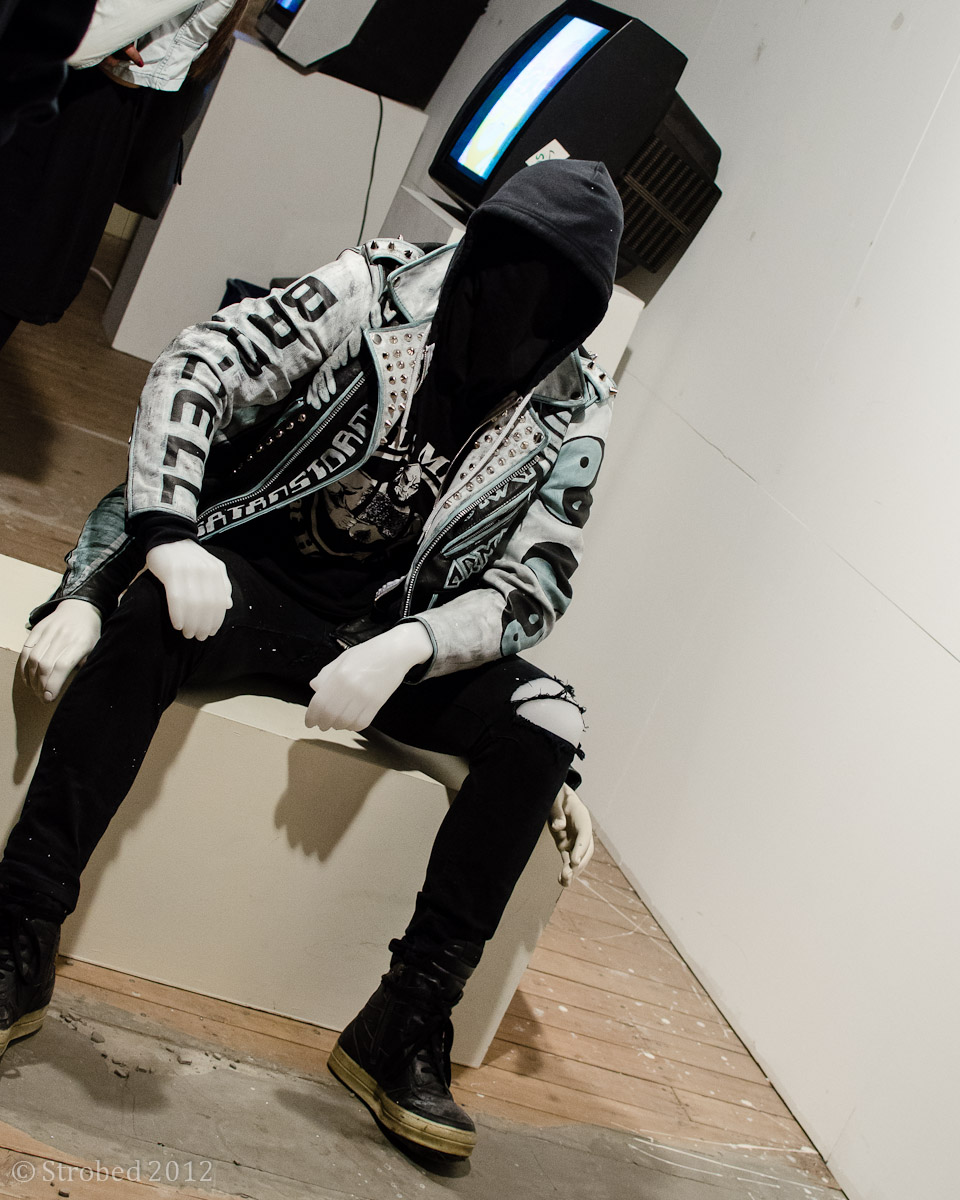 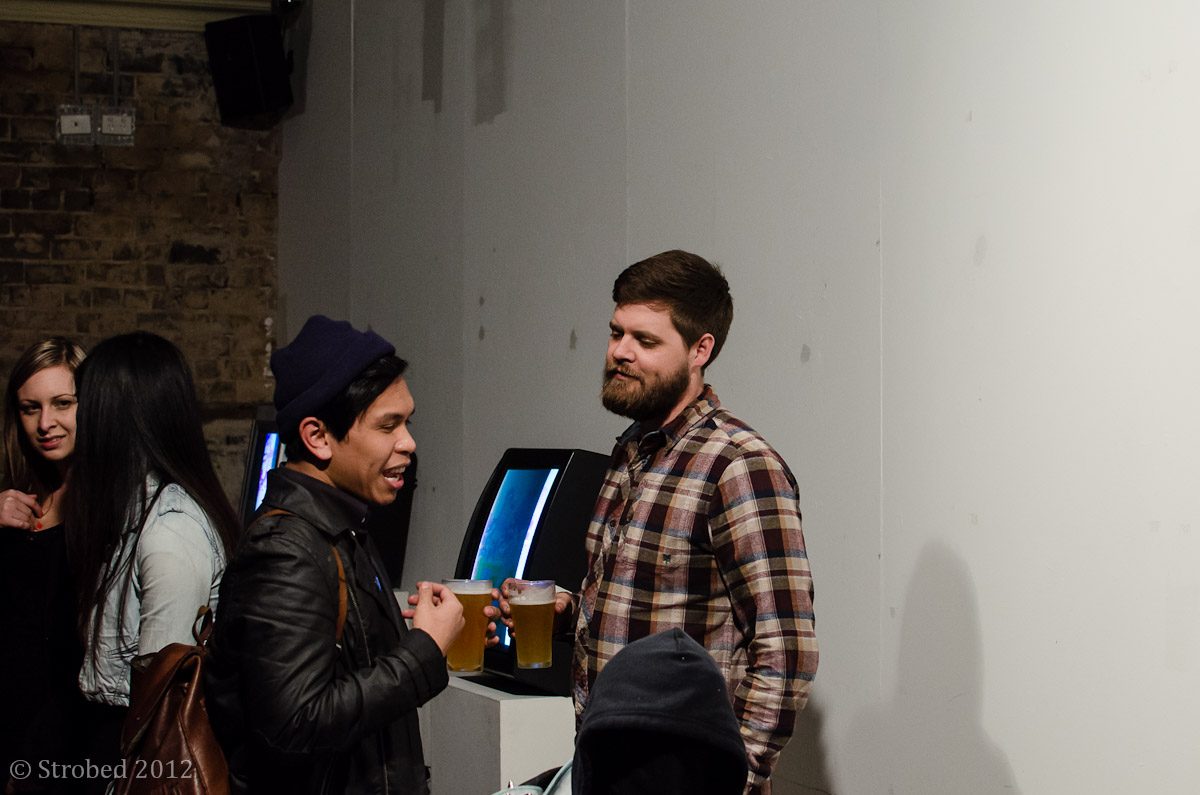 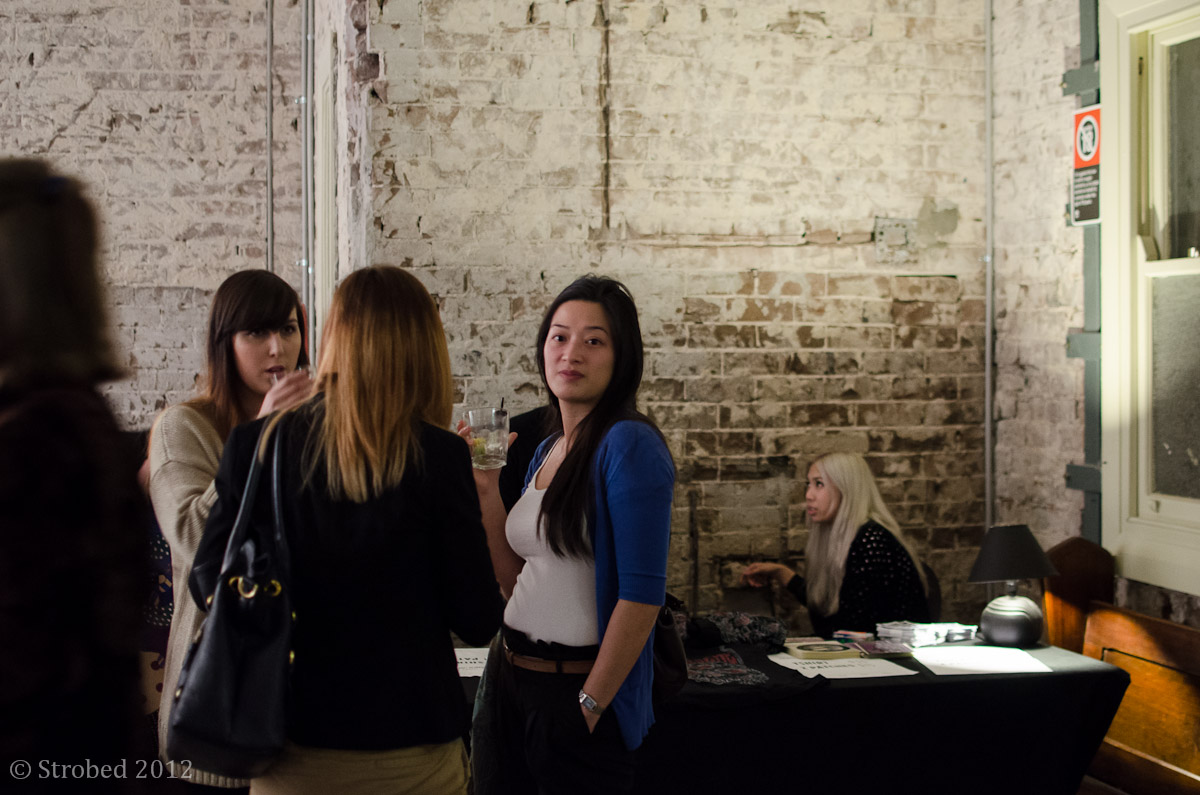