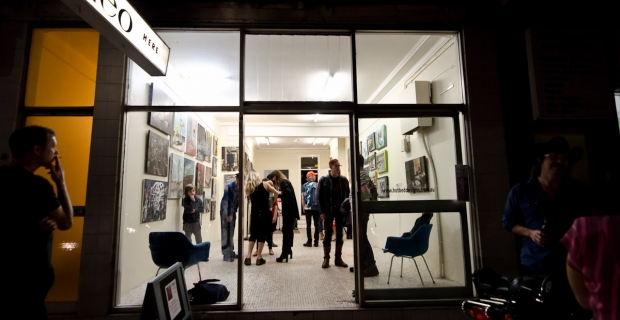 We love finding new galleries to check out and put on our radar. So it was with delight that we headed along to check out Newsagency Gallery, a little space on Stanmore Road that seems to throw on a show now and then. It’s a mysterious place,  run sporadically as a side project to the owners’ creative consultancy business. There are no room sheets, the booze is BYO and the party runs till everyone decides to leave. Attending this particular opening was like crashing a house party at that the home of that trendy arty friend that we all have!

Chas Glover was the artist in the spotlight. His show featured a back catalogue of works from various shows. Glover has had over 100 exhibitions and so it seems he decided to make some space in his studio by filling the gallery, floor to ceiling, and pricing everything at $200. Bargain.

His works are mostly expressive portraiture. Glover dabbles in surrealism and the macarbe. It seems his earlier works were particularly dark, featuring themes of satanism, S&M and violence. On the other hand, the remaining works from his more recent collection were bright portraits of motorbike riders, races and landscapes.

Sadly the exhibition has now finished (appologies for the delay in posting). However with and artist as prolific as Glover I’m sure he’ll pop up again soon. In the meantime keep an ear out for the next show at Newsagency Gallery. 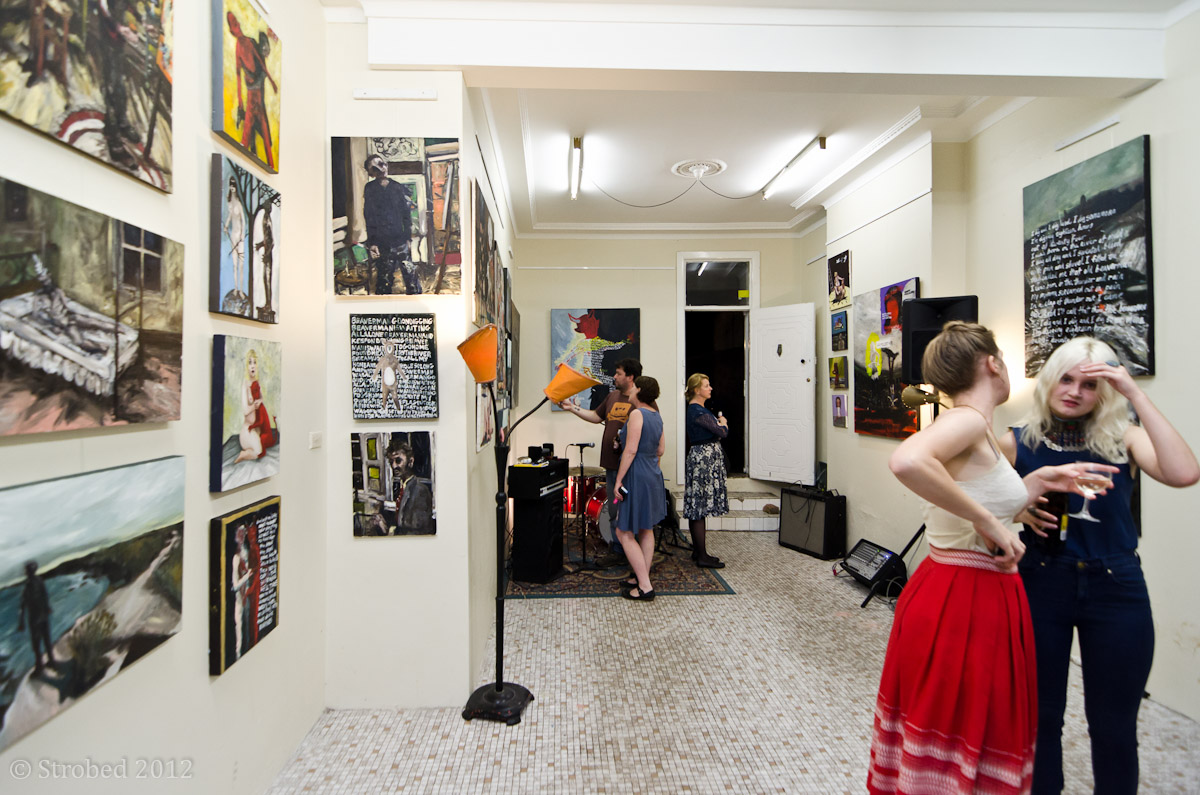 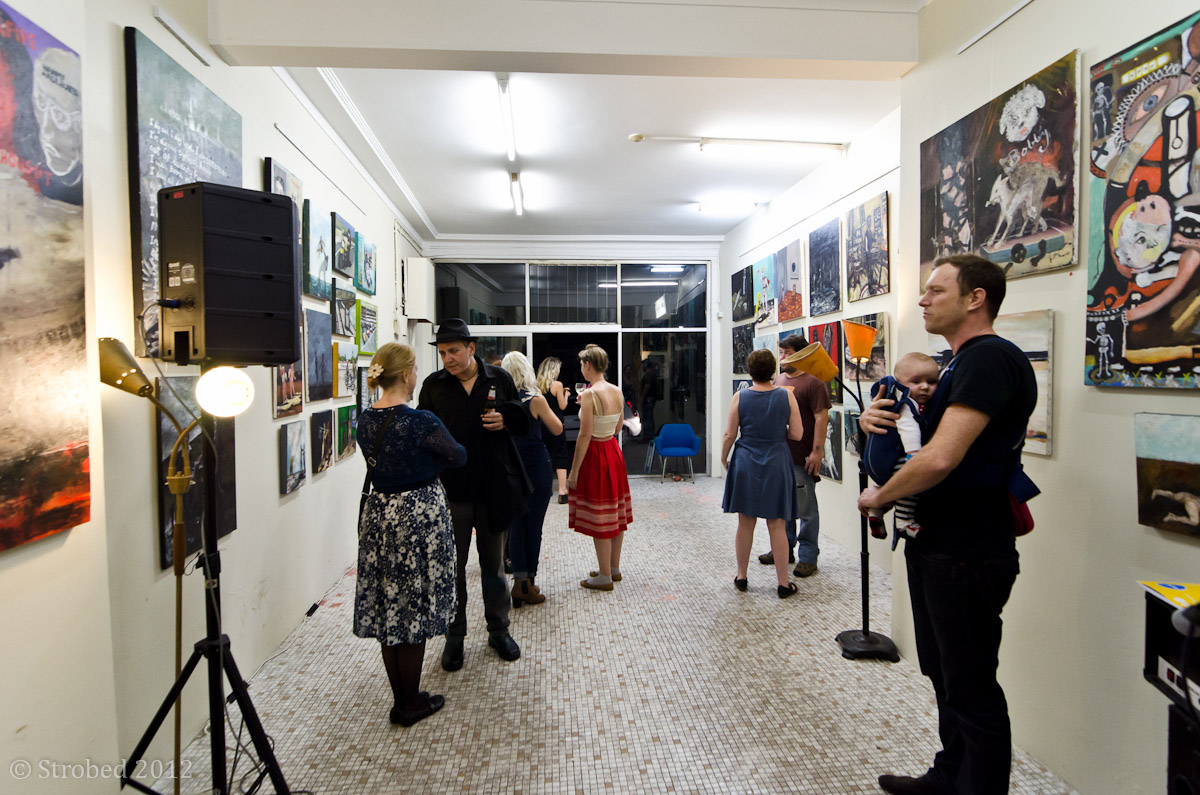 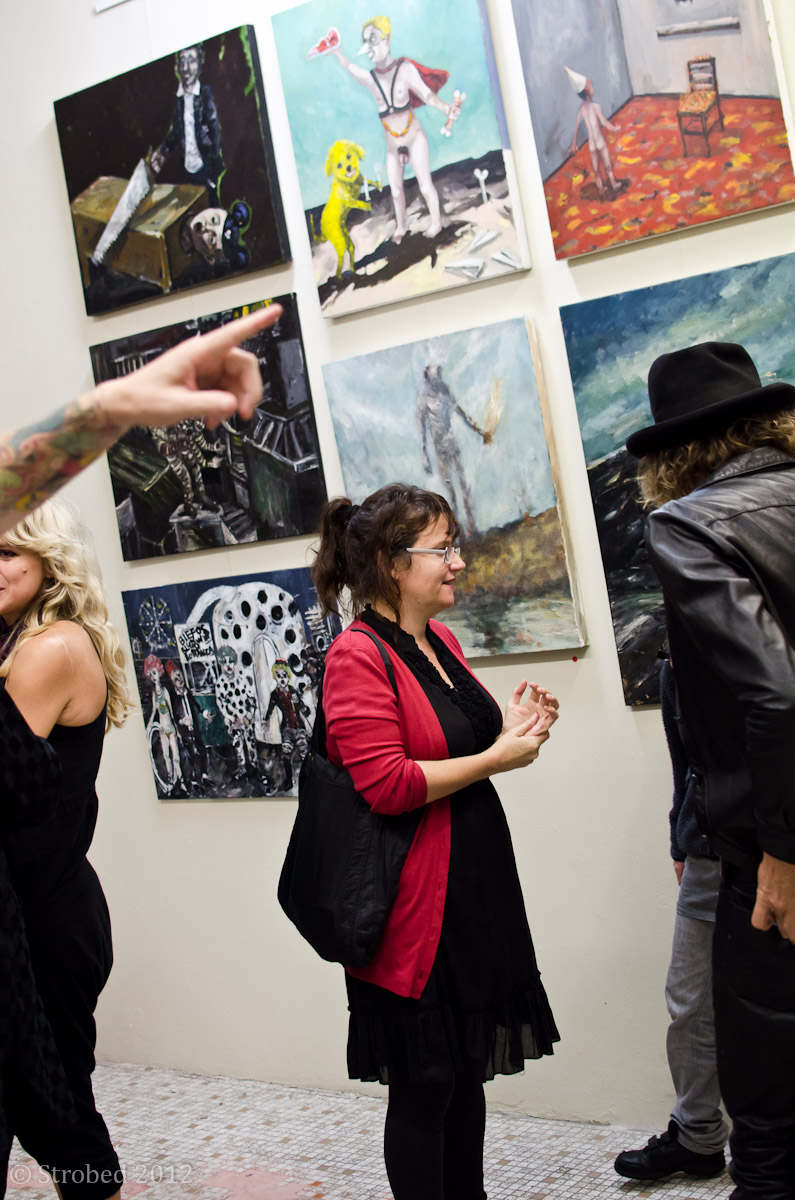 Chas Glover in front of his work 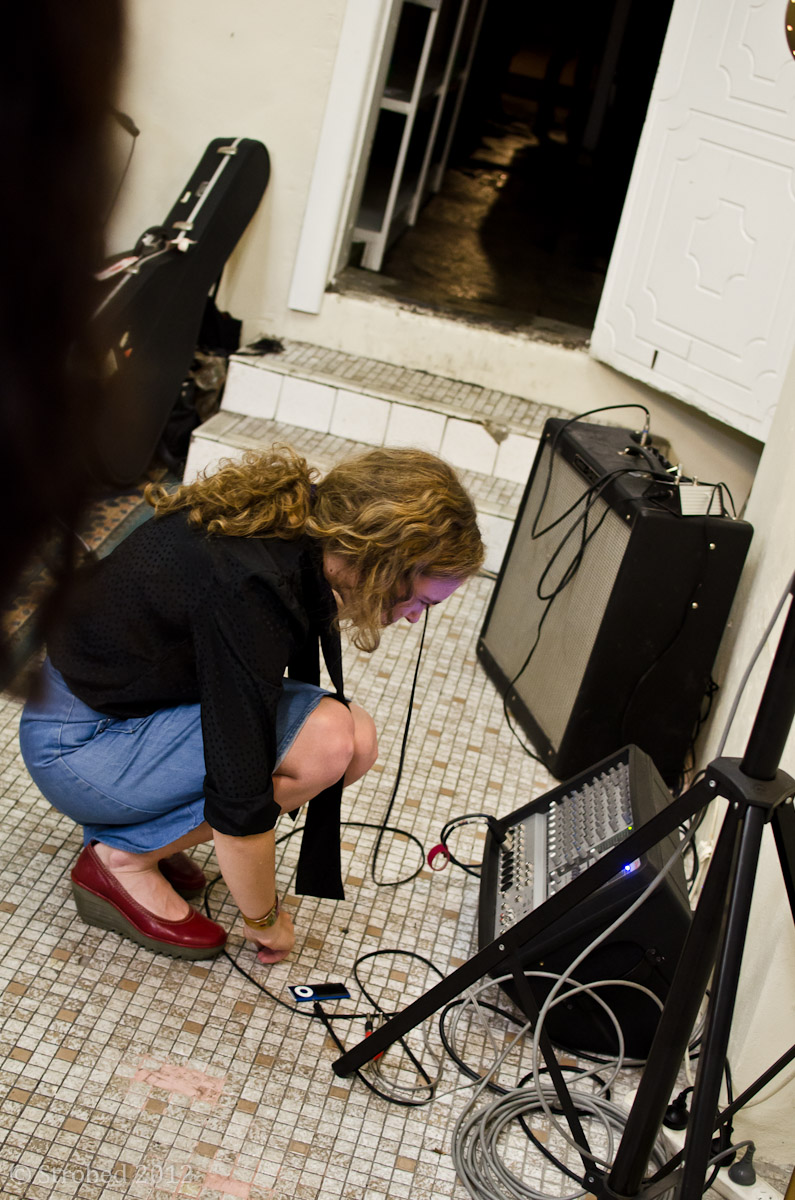 Setting up for the post-exhibition gig. Awesome. 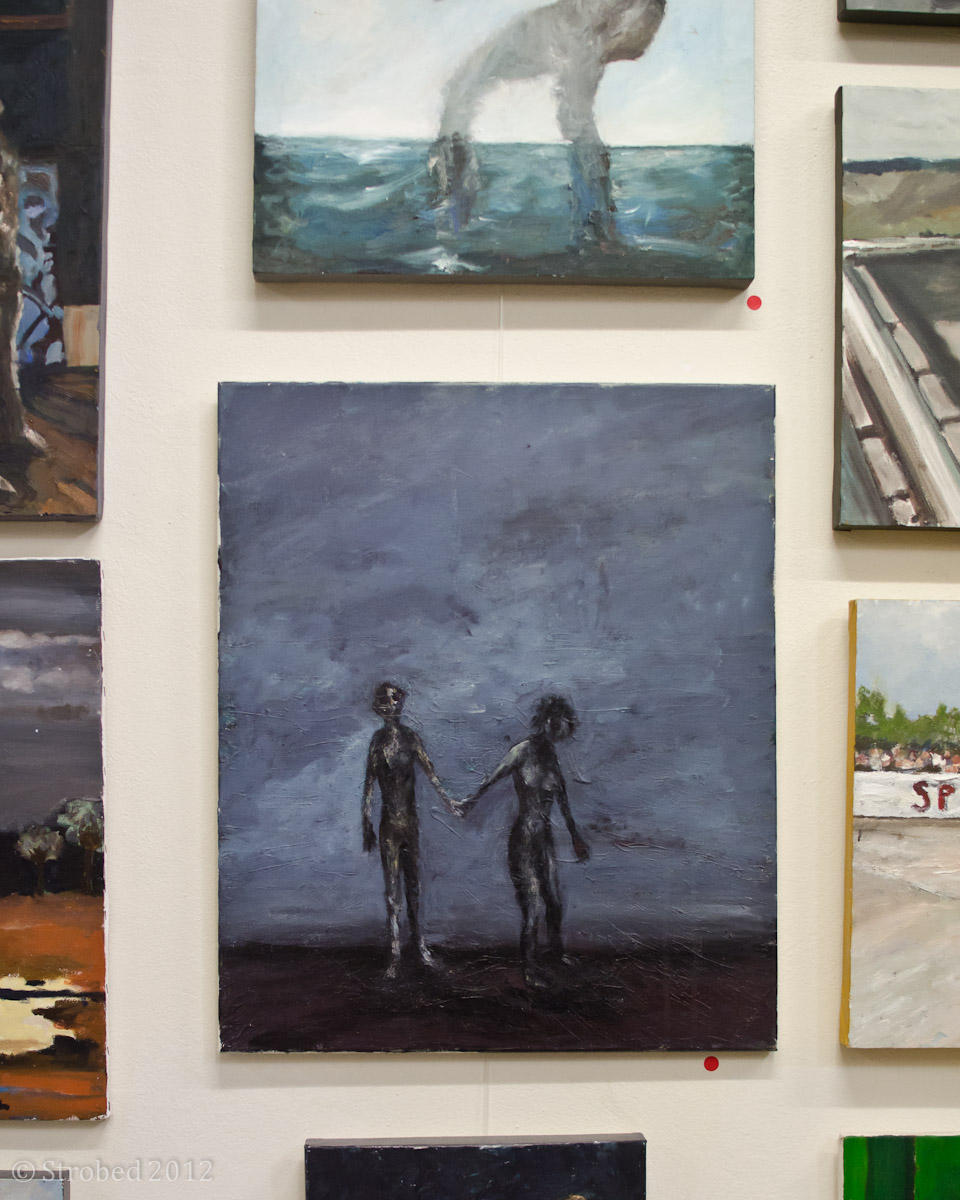 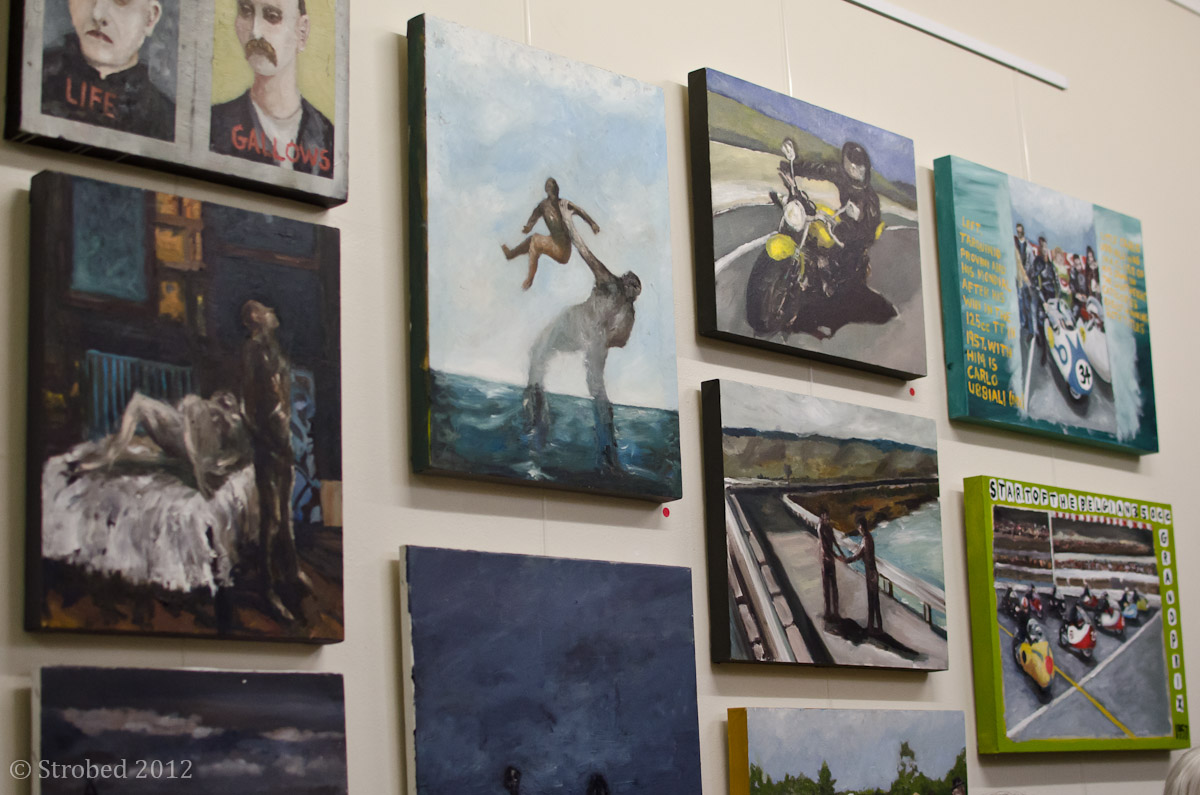 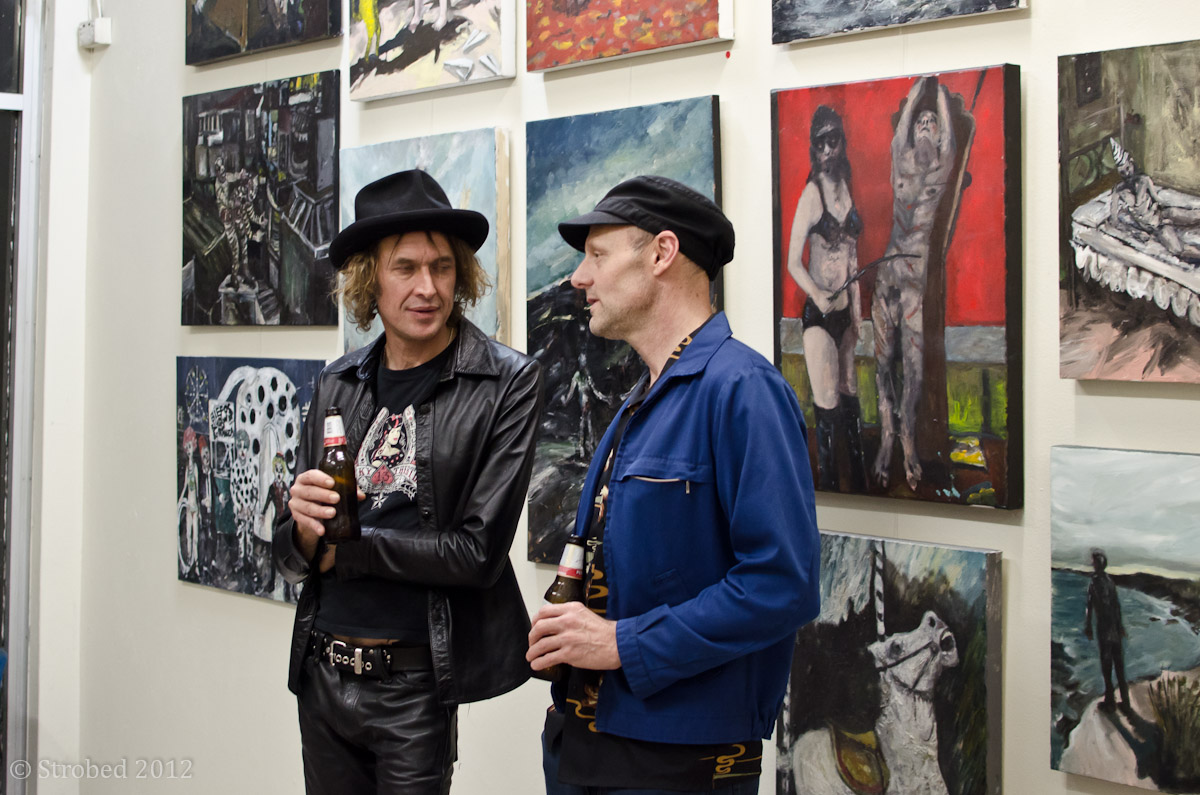 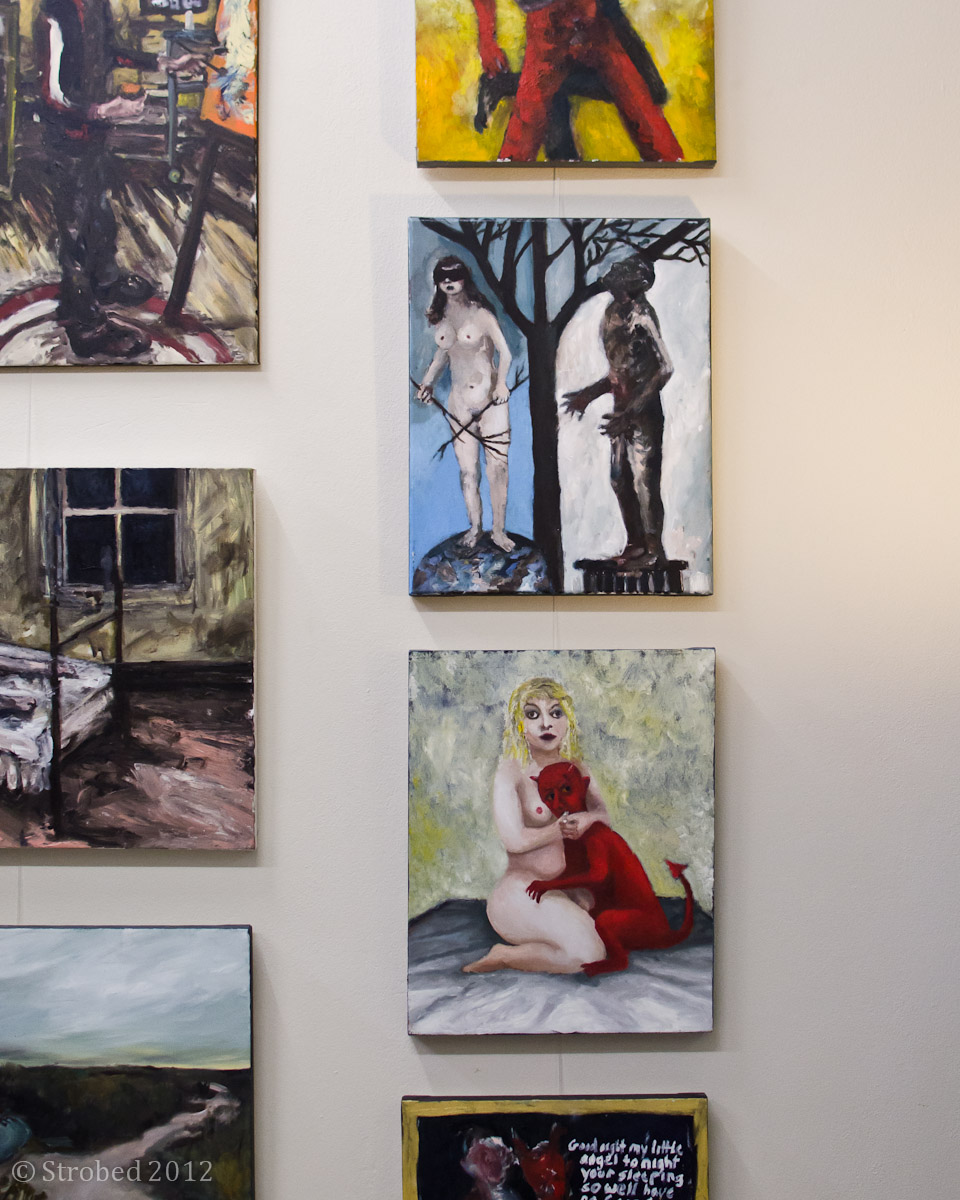 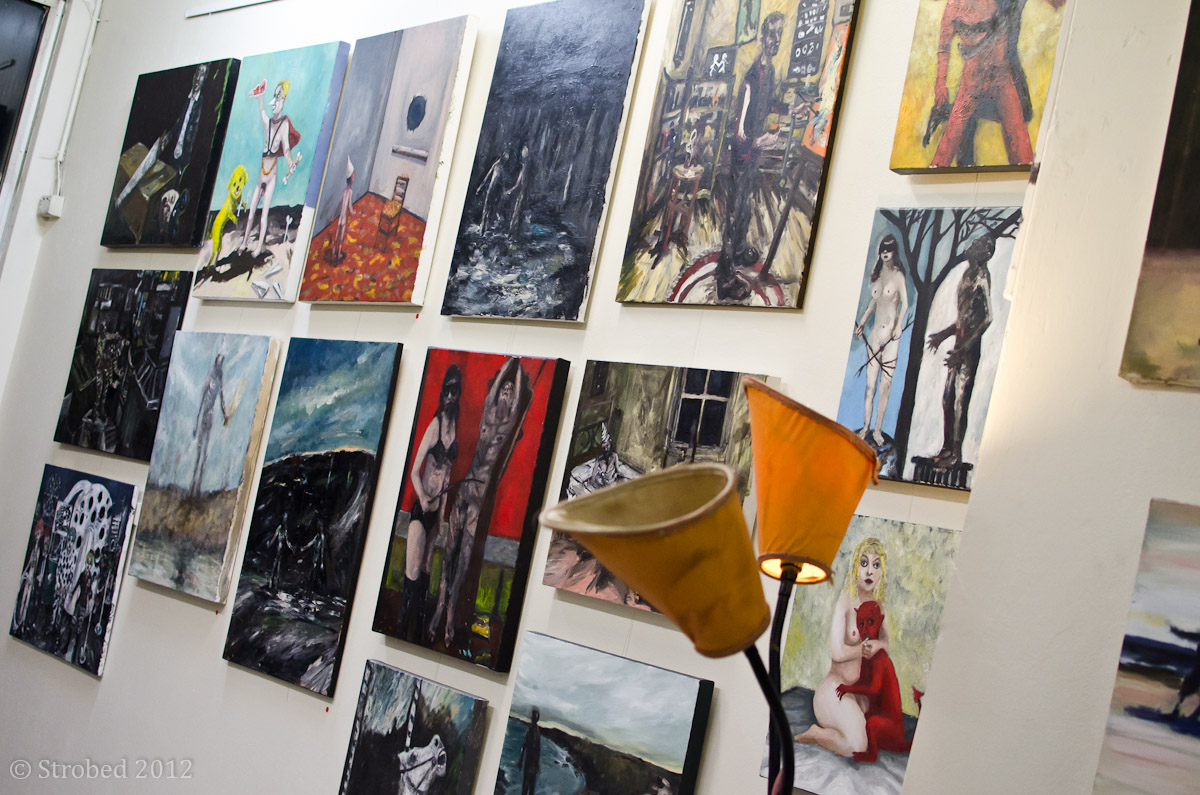 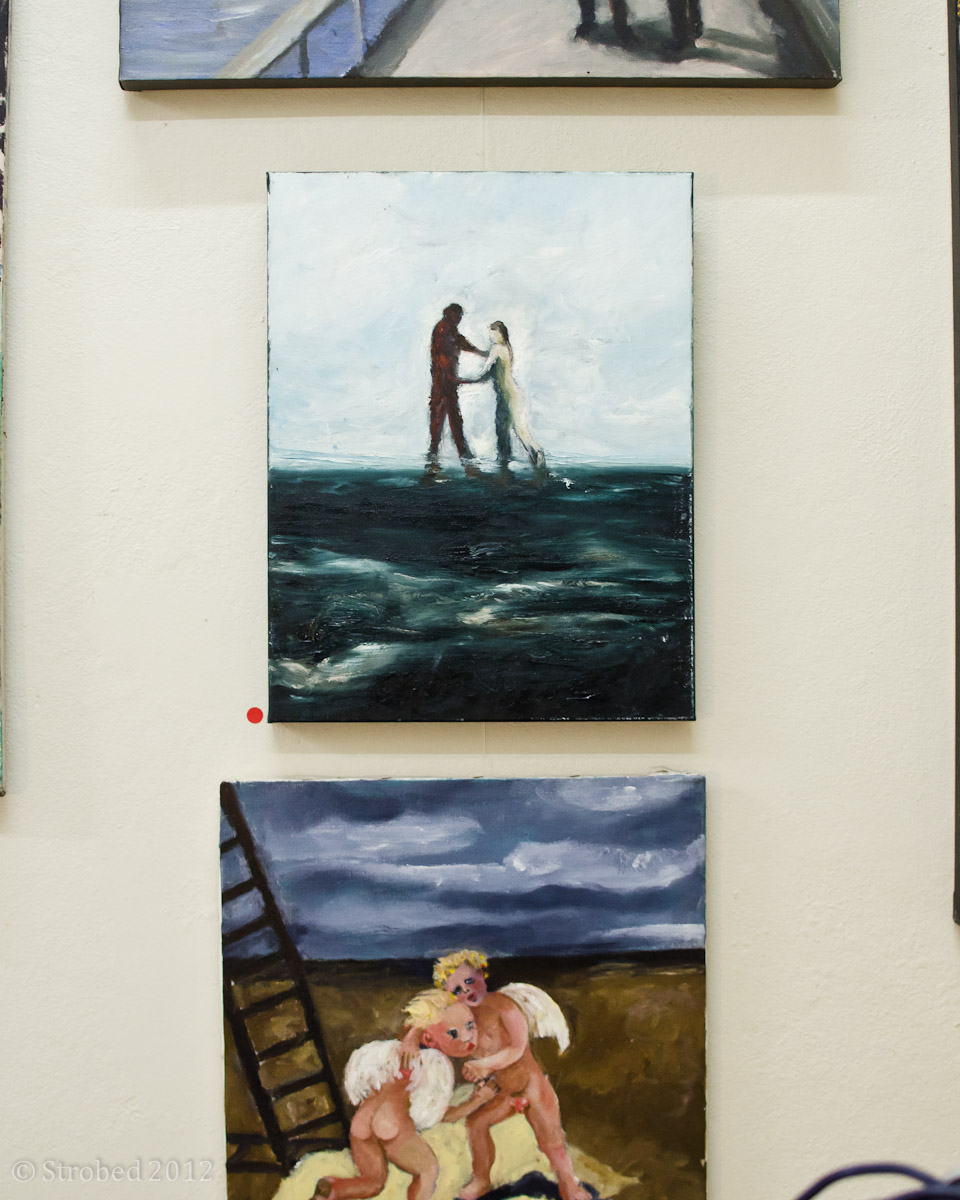 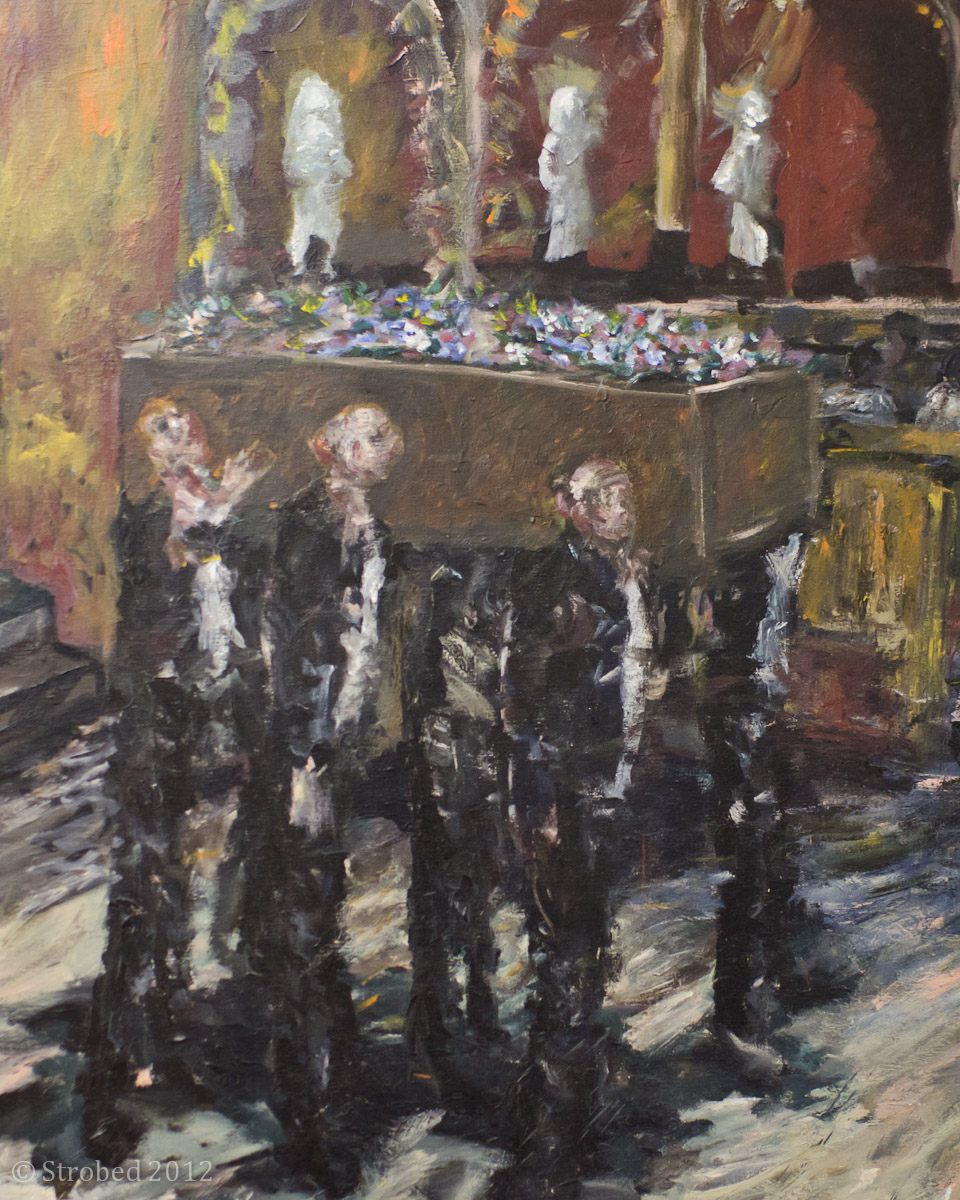 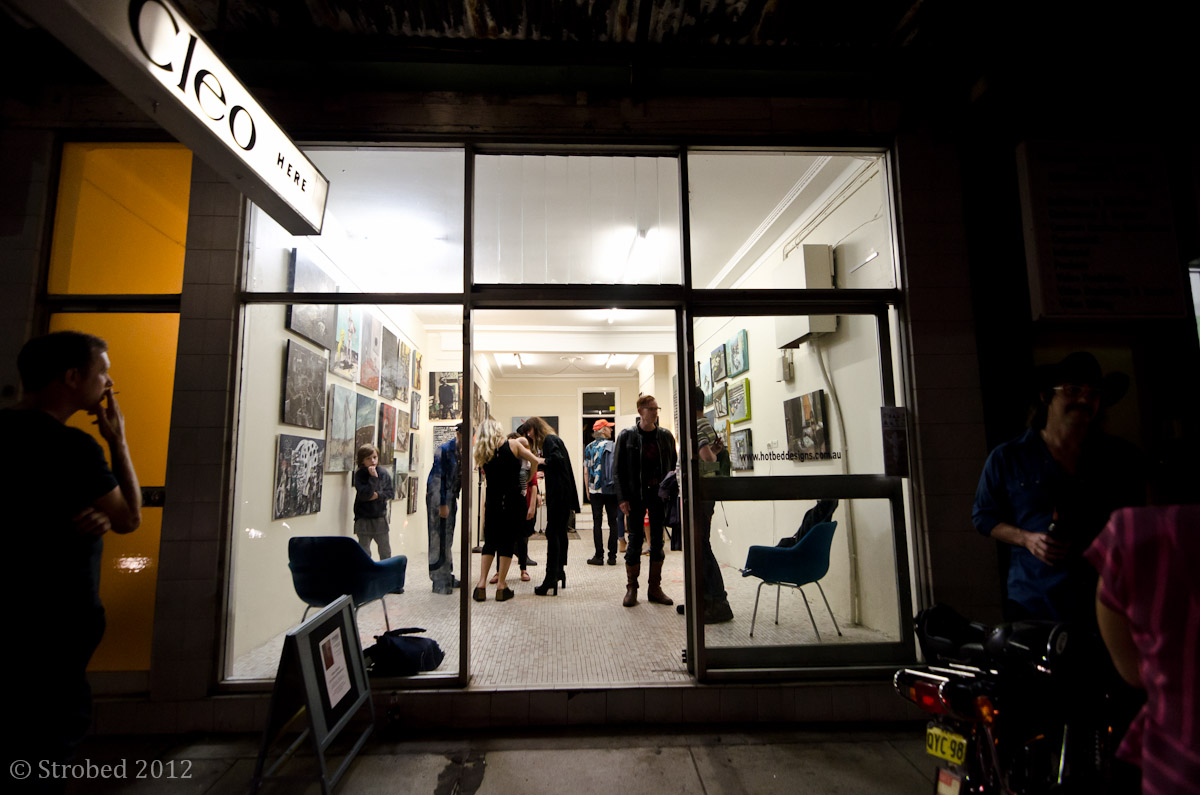 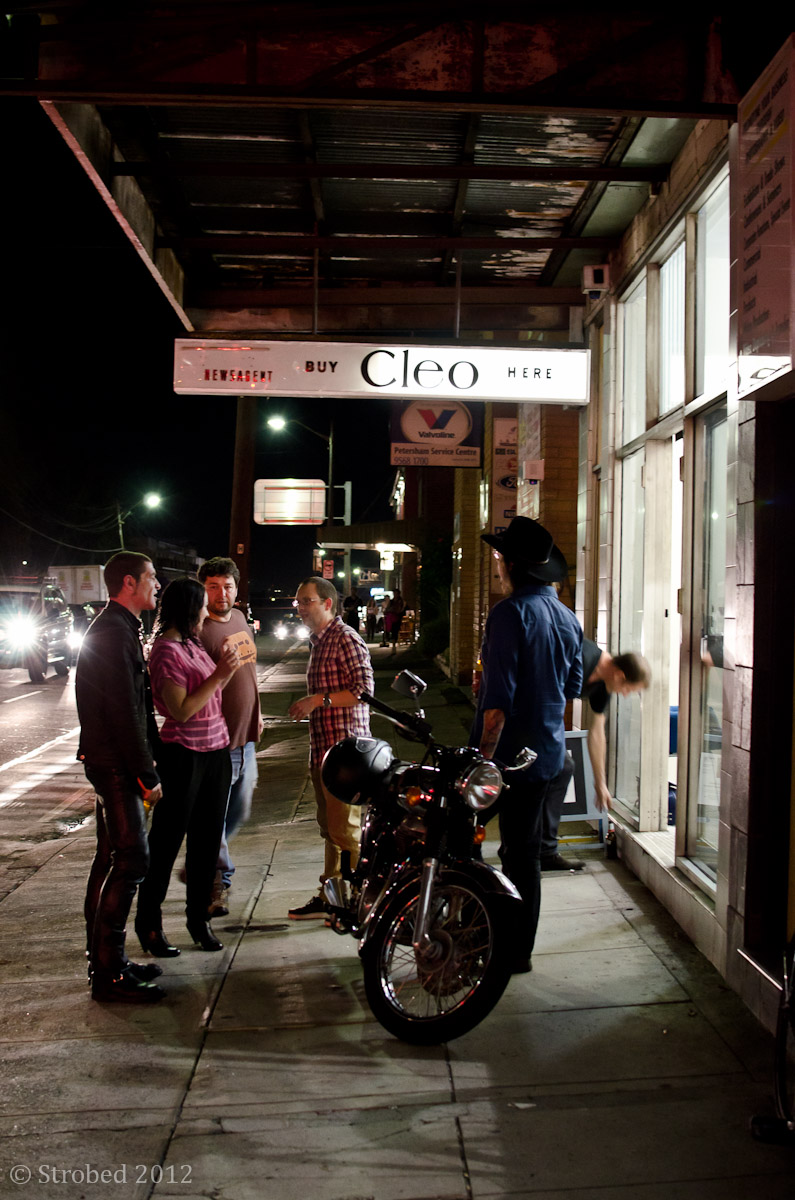