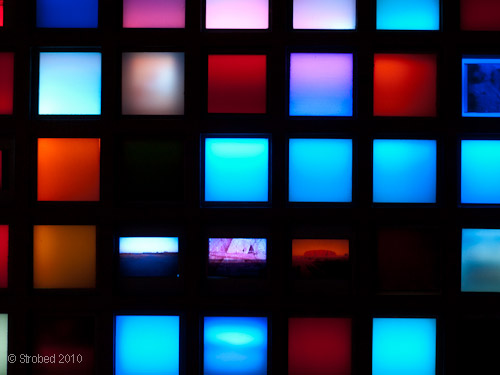 Yuri Simmyo is a traditional painter and printmaker and Mark O’Ryan is an installation artist and sculptor. On Saturday these two very different creatives saw their solo shows open side by side at Hardware Gallery in Enmore.  There is definitely something to be said for the beauty of contrast. 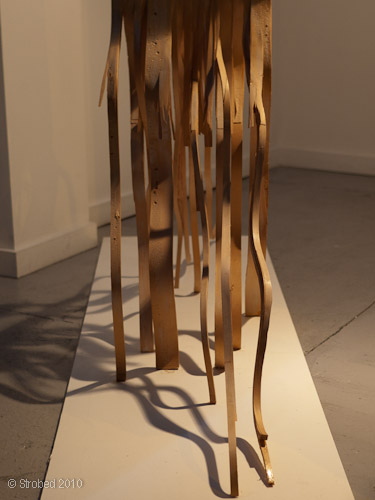 Mark O’Ryan’s show “Presence” was a series of works examining the natural world and our influence upon it. Working with natural and man made materials he creates works that are more than they seem. 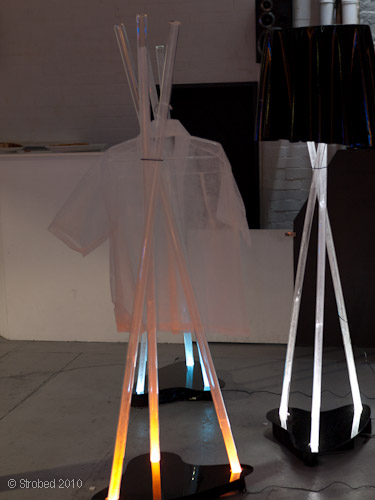 His use of lighting and reworking of familiar objects was wonderfully executed in each individual work, but even more impressive was the way they came together in the gallery space. The works were carefully arranged and transformed the gallery space into an eerie living room. 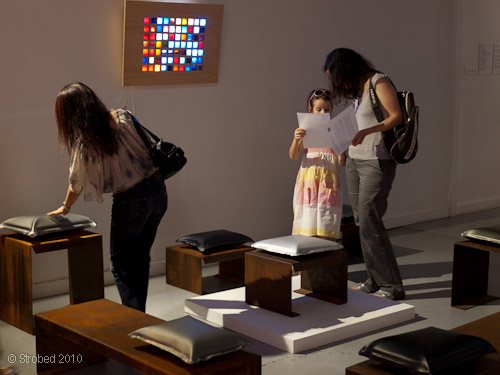 We had no idea the Blow up series were cushions made from steel until some poor soul ran into one and we heard it clink. 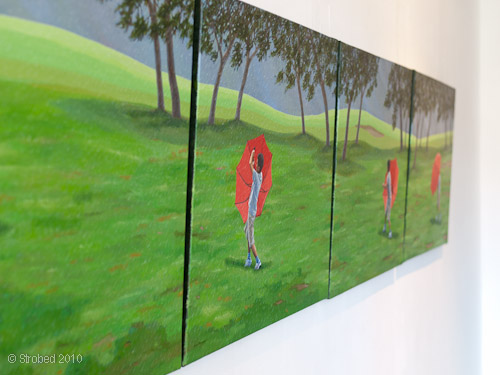 Yuri Shimmyo’s “Contemplation Theory” was a collection of oil paintings and lino cuts based on the role of the artist as an observer. Recurring imagery and bold use of colour brought her delicate images together. 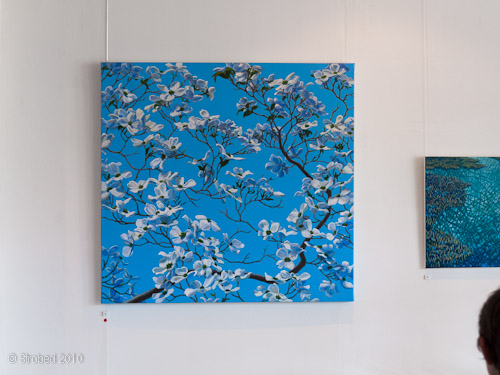 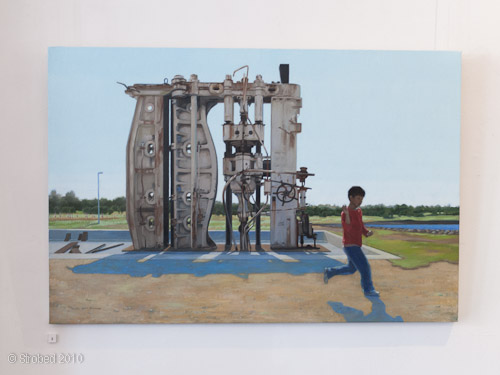 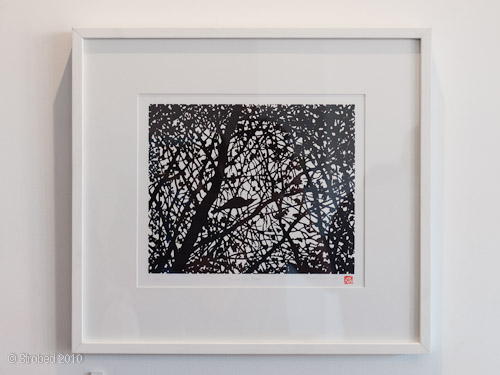 We particularly loved her lino prints. Her attention to detail in everything she produced for the show was amazing. 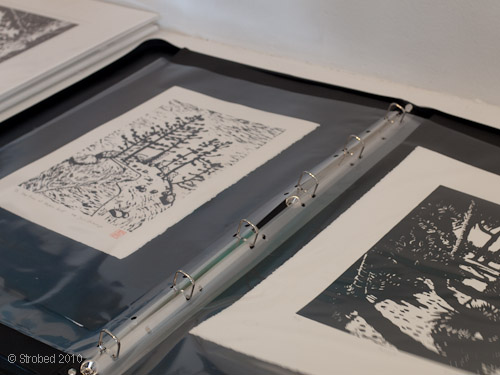 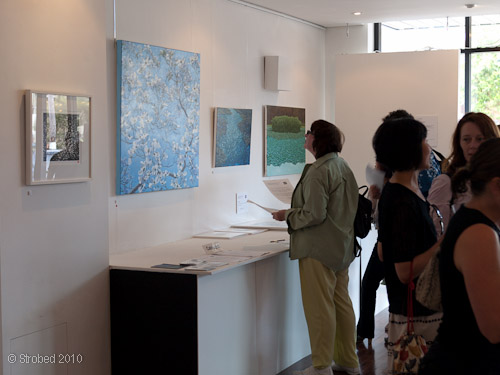 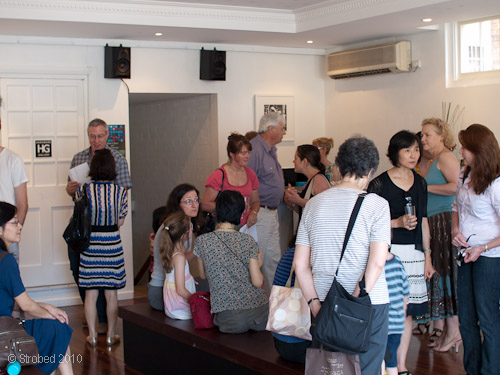 Great shows from both artists, and a nice crowd who turned out to help them celebrate their success. Hopefully lots of red dots will be covering the walls before the curtains drop on this show.