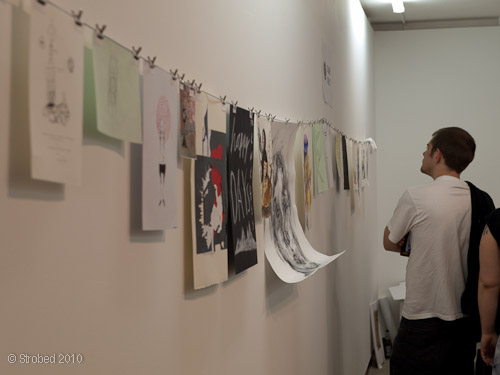 Firstdraft is an artist run initiative. They get a bit of cash from the government and a few spare dollars from sales. So with 2 peices of prime real estate in Surry Hills to maintain and a hell of a lot of projects lined up for 2011 it was time for some supplemental fundraising! 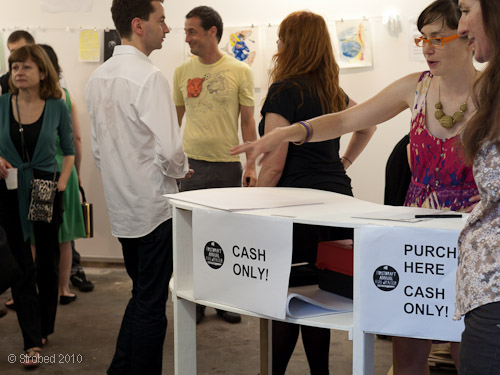 Works were pegged up along the walls. The policy was first in best dressed and there were bold letters pasted on the walls to remind the eager buyers that there was to be no fighting over the art work. Ha! As works were sold, new pieces were pegged up in their place. This was actually a pretty smart way of getting the crowd to hang around for an extended period and part with more gold coins. 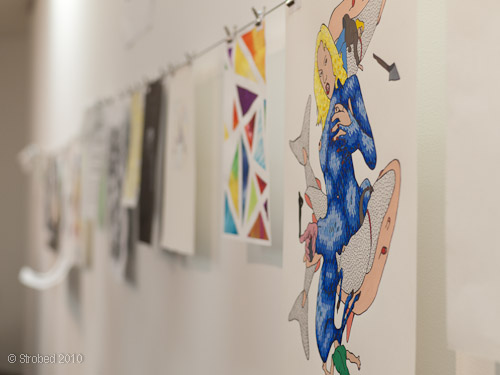 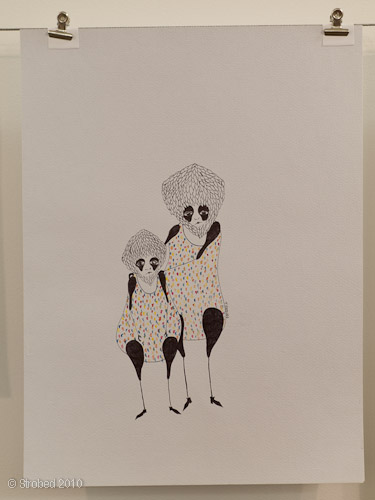 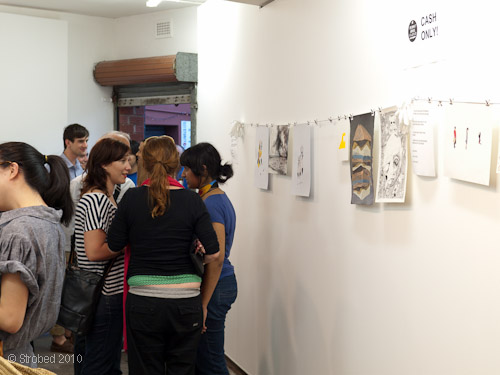 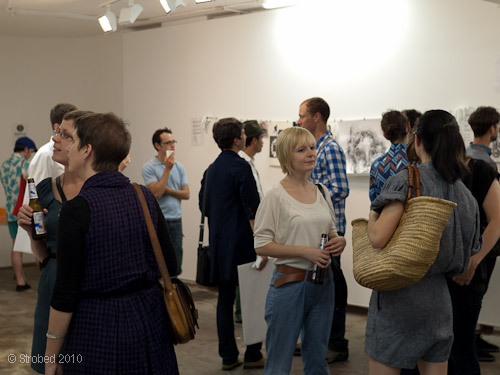 Outside the crowd was happy to put up with the occasional light sprinkle of rain. The BBQ was fired, the tunes were blaring the vibe was excellent. It was a lot of fun. 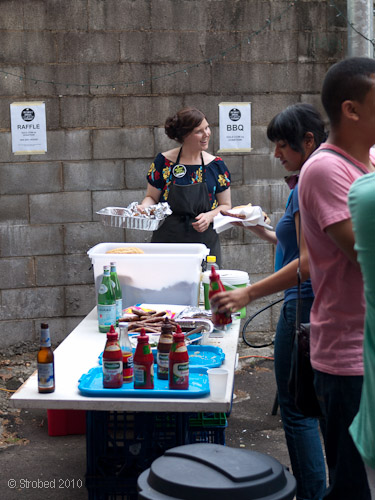 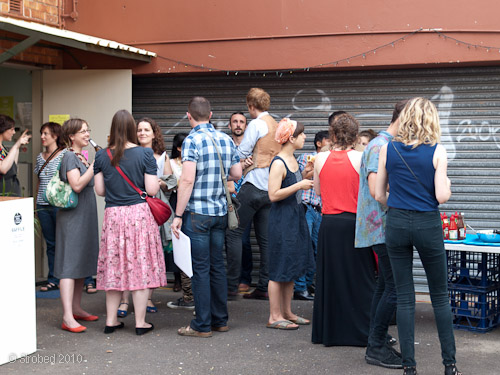 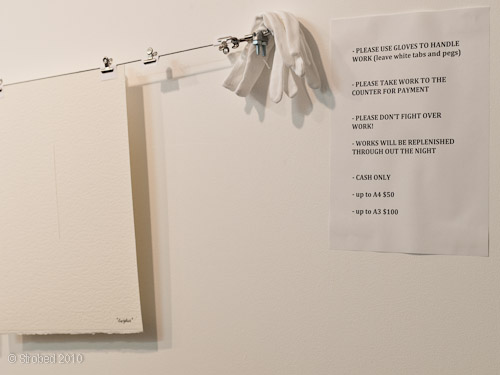 I have no ides how much money was made, or how many works were sold. But fingers crossed it was loads on both accounts! Apparently this is an annual event, so you’ll definitely see us shopping for arty x-mas presents at Firstdraft again next year.