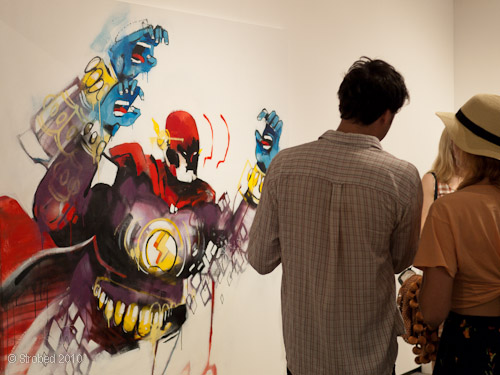 The much anticipated solo offering from Anthony Lister opened at Chalk Horse last week. “Memories Not Included” was a showcase of the talent and diversity of one of Australia’s most prominent contemporary low-brow artists. 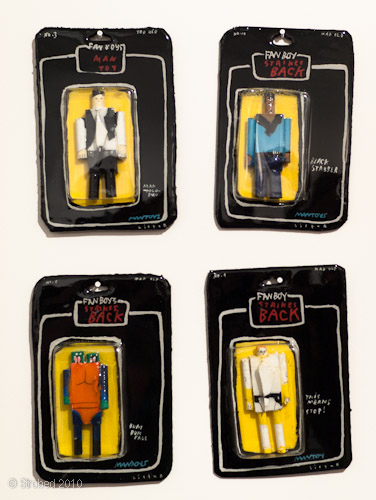 Lister splits his affections between his bases in the US and the galleries that made him big in Australia. No matter where in the world he is showing the crowds are keen and the works fly off the walls. Not being one to forget his connections, he seems to make a solid effort at keeping the home crowd happy. 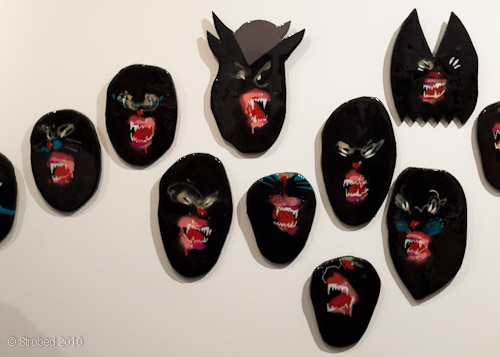 Paintings, prints, sculpture and installation works filled the gallery and immersed the audience in the insane techincolour world of Listers mind. His mashed up superheroes and snarling masked were amazing. The curation of the show, as well as the work itself, were brilliantly done. 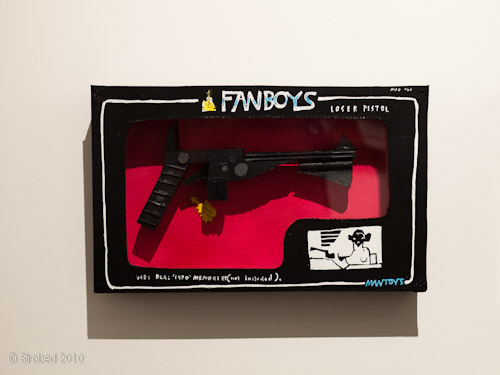 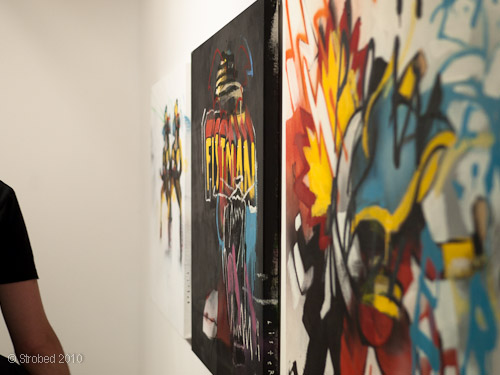 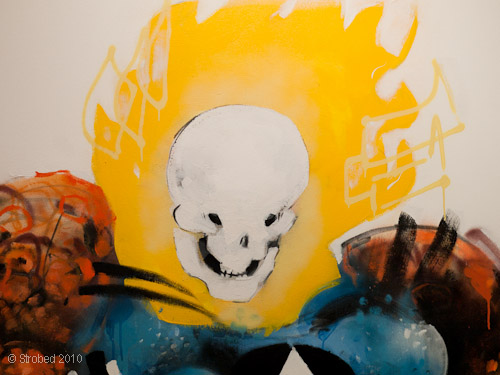 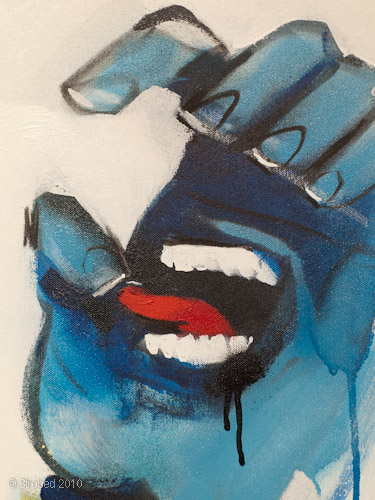 The huge canvases in the main gallery were vibrant. Each work was built up with layer upon layer of aerosol, acrylic and whatever else was lying around in Lister’s studio. Having always been fans, it was exciting to have the opportunity to get up close to the works and appreciate the details. 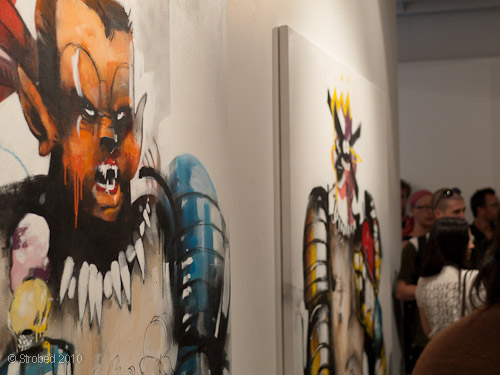 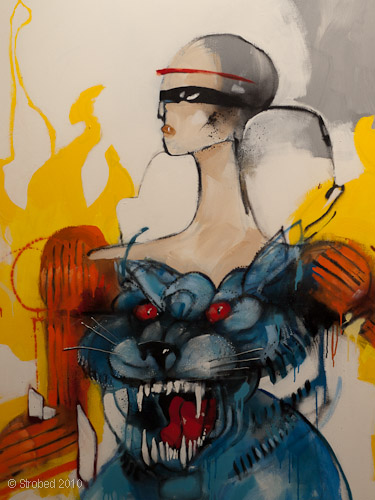 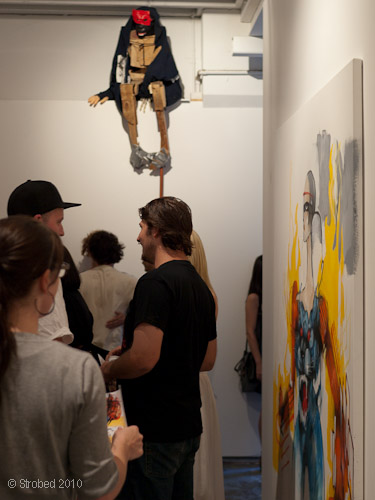 The show featured mannequins and models, adorned in crafted costumes. The models adjusting their poses was creepy sight, seemingly bringing the mannequins to life with them. 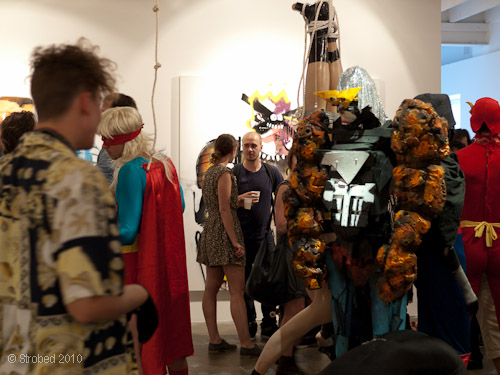 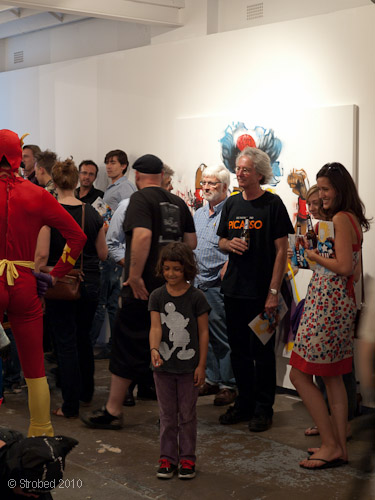 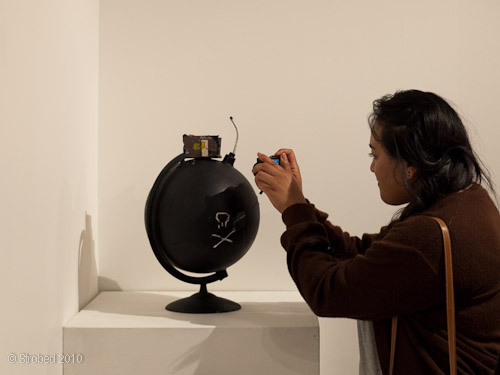 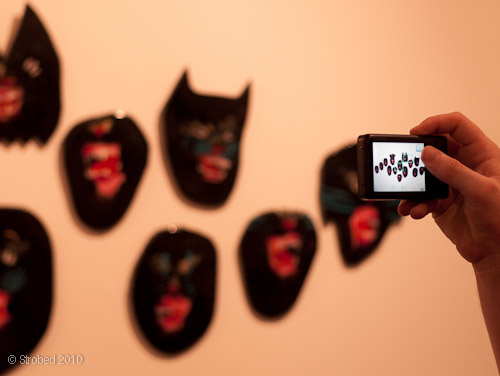 As expected the crowd was huge although we should be thanking mother nature that it was such a hot night –  it was unbearable to stay in the steamy gallery for too long. People loitering outside made more room for more of the masses to get in for a look. 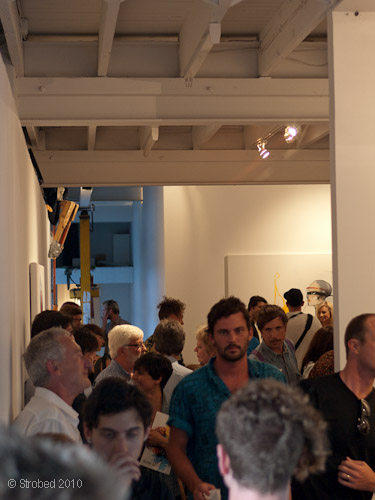 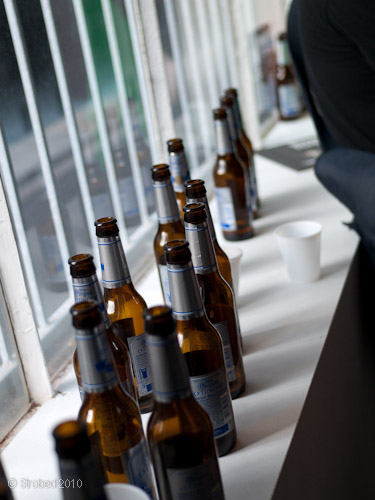 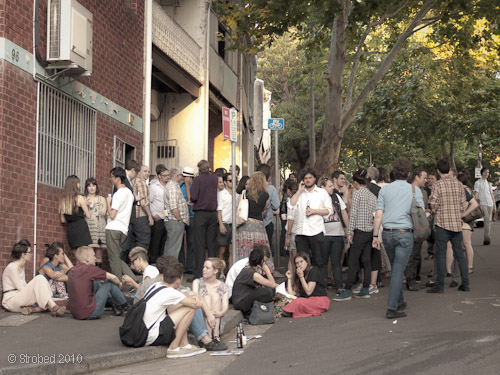 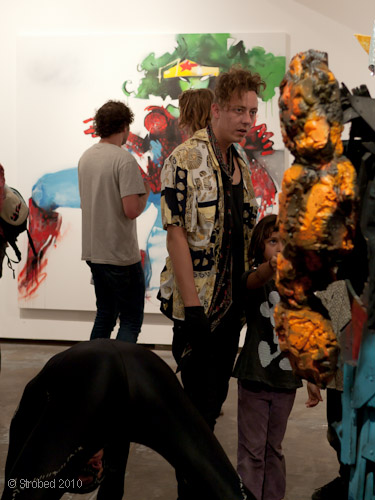 So, in conclusion, thank you Mr. Lister for you amazing work. Thank you Chalk Horse for the making it happen. And thank YOU for checking out the photos. The show runs until December 18, and we highly recommend you take a trip to Surry Hills to check it out.