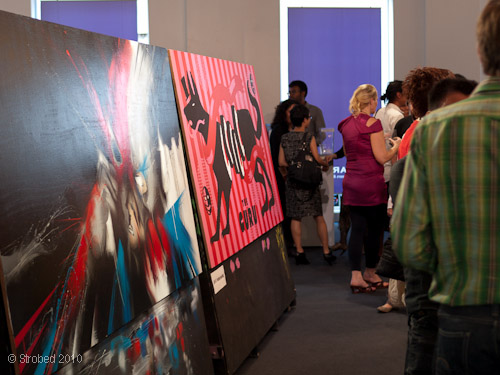 Meggs (left) and We Buy Your Kids (right)

Project 5 is a fund-raising initiative by the Information and Cultural Exchange (ICE). The shots we’re showing are from Project 5 round two. The first event in May raised over $10,000 for the guys at ICE, so they were keen to make it happen again. 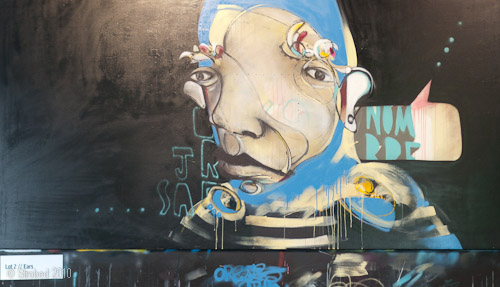 Anthony Lister, Meggs, Ears and We Buy Your Kids kindly donated their time and their talent to create 2.4m x 1.2m panel artworks as a part of a live painting event at Cockle Bay Warf earlier this the year. The resulting series of works was an impressive display of what Sydney has come to expect from it’s low-brow art scene. 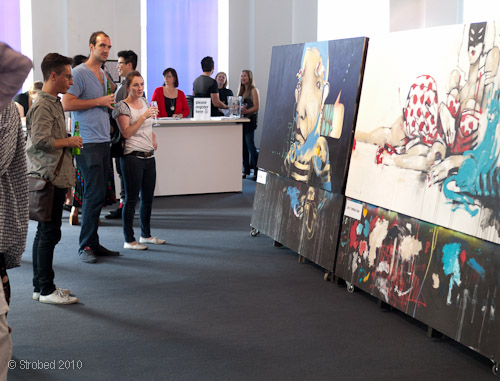 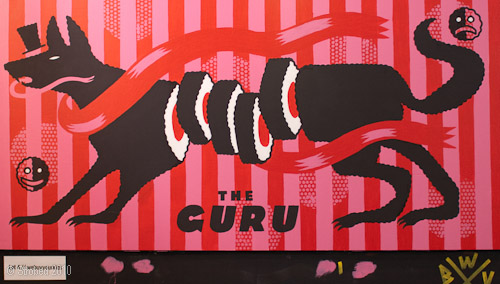 We Buy Your Kids 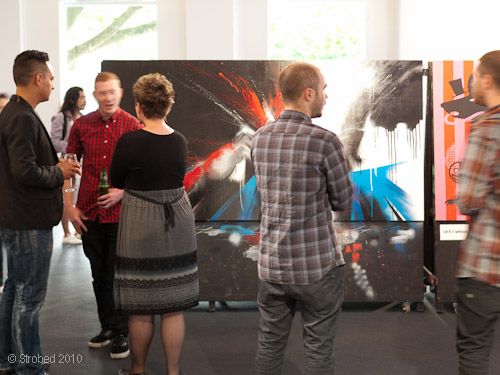 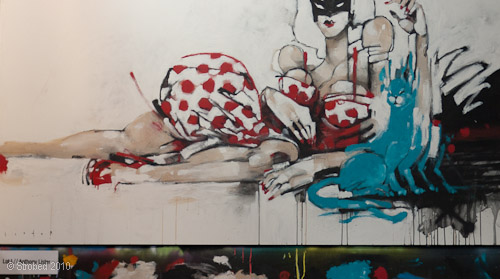 We wouldn’t say it was a bad crowd turn out, as such. However, considering the calibre of work on display and the crowds these artists usually pull, it was pretty damn quiet. Maybe auctions are intimidating? Maybe they were too tough on the RSVPs? Or maybe it’s the fact that Double Bay is not particularly famous for being part of the low-brow and street art scenes? Your guess is as good as ours. 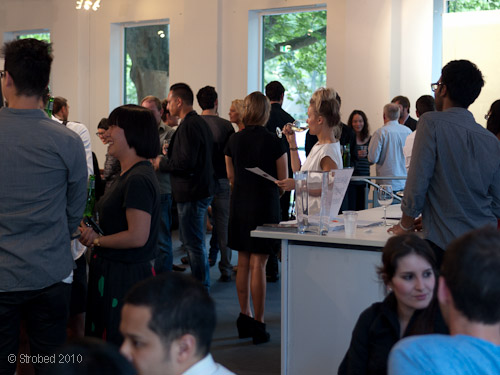 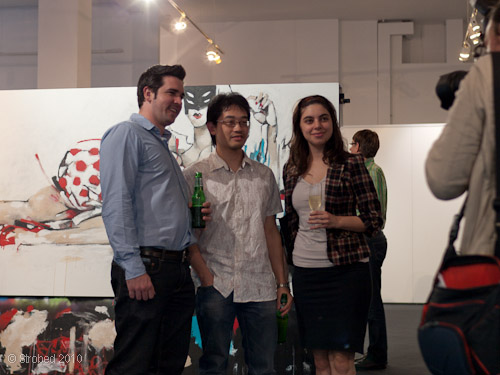 Interestingly there were a lot of photographers out to get some snaps for the social pages… we couldn’t help catching them in action! Say CHEEEEESE. 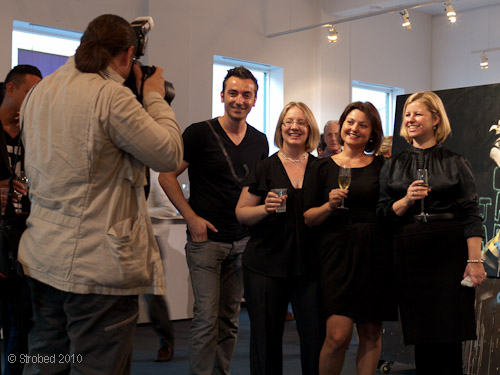 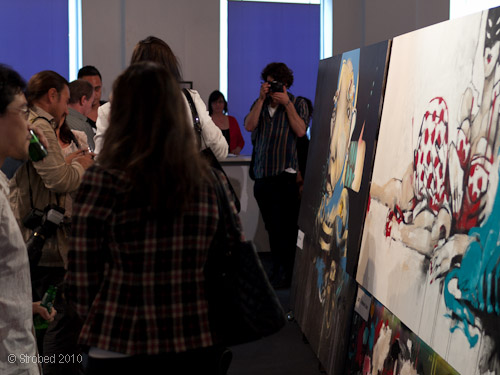 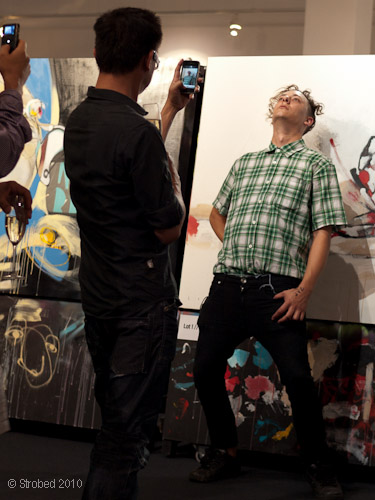 You too Mr Lister… CHEEEEESE. Good lord… so much cheese. 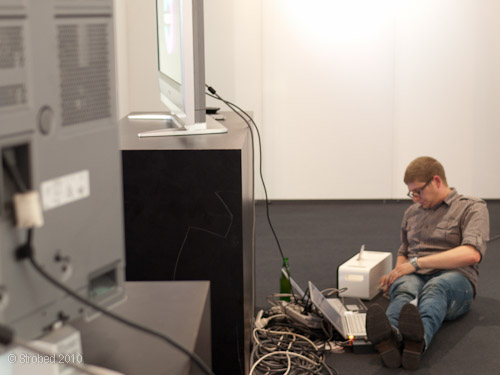 So with the browsing and the posing out of the way the auction began. Like the FBi Art Auction recently at the Art Gallery of NSW, people weren’t keen to be up front… 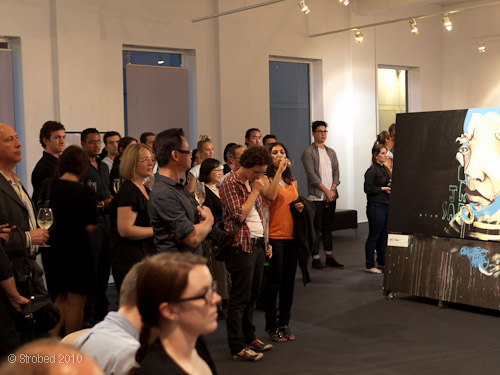 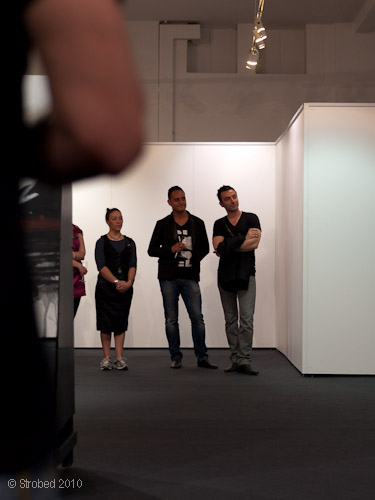 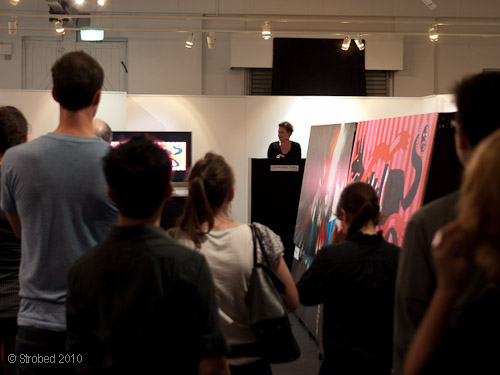 The four works went under the hammer quickly and in a very civilised manner. Three of the four were sold. With such a small pool of bidders it would be an understatement to say that some of the buyers got real bargains. So, word to the wise, if you’re looking to buy keep your ear to the ground for Project 5 number three.