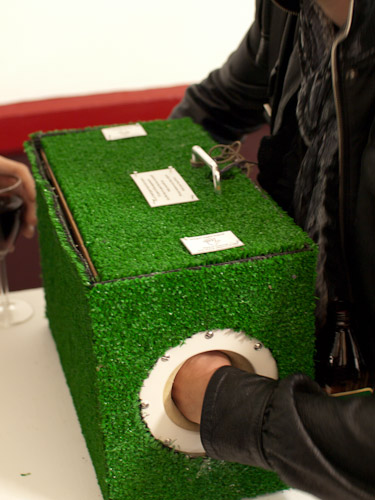 The premise of “Heart Your Art” at PolyGallery was to create an exhibition for the senses. It was surprisingly confronting to engage with works that are to be experienced with more than just the eyes.

“Lawn Ball” by Anthony O’Connor (above) challenged the viewer to stick their hands into a mystery box and experience tough without a visual reference. Great concept, strange sensation. 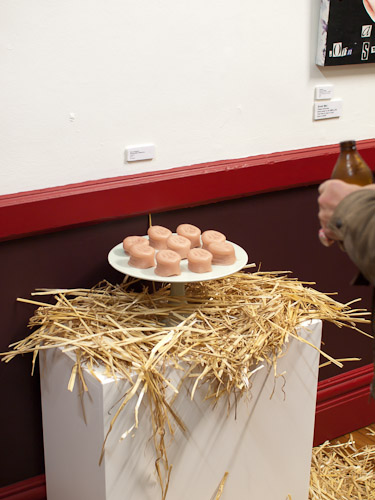 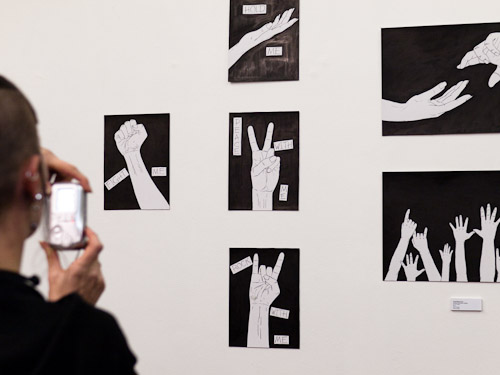 Other works used the senses as inspiration: representing them and their application in traditional mediums. 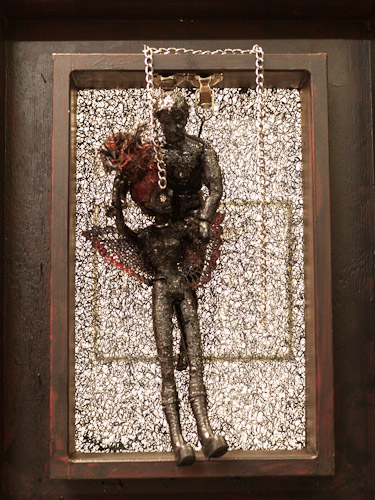 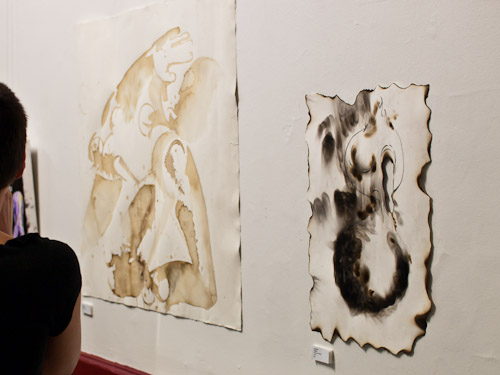 Artist Orpheus created a series for the eyes and nose. “Pick Me Up” was painted with coffee, and “Smoke” was created with flame and smoke. 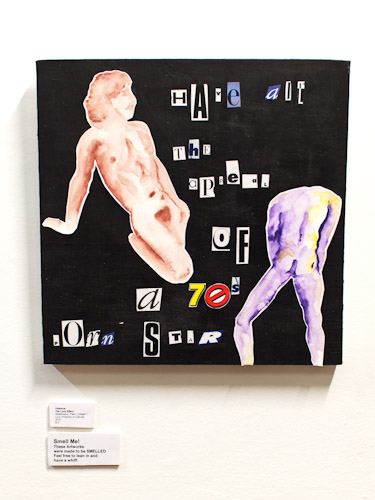 I guess with a title like “The Lynx Effect” we don’t need to explain what this one smelt like. 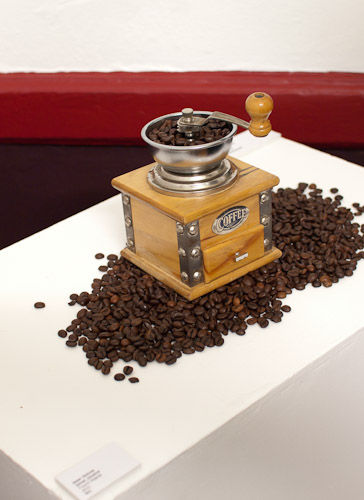 “Grind, Unwind” covered all 5 senses. Touch was satisfied with winding the handle. The coffee aroma was scent. As the box unwound it played an eerie tune for the ears. The eyes were satisfied and I am sure some of the coffee beans were nibbled on for taste. 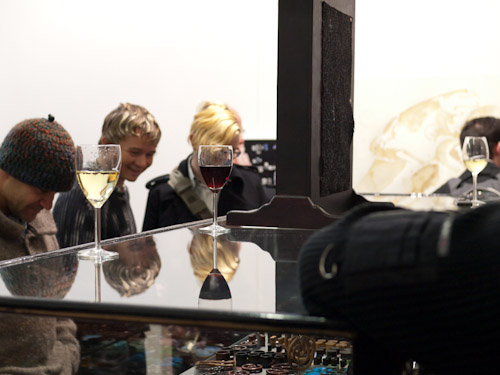 We were amazed at how much the crowd enjoyed interacting with the works. 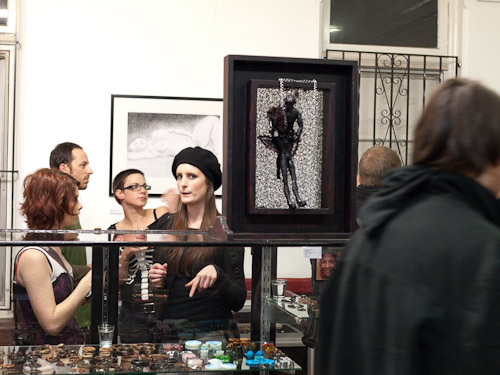 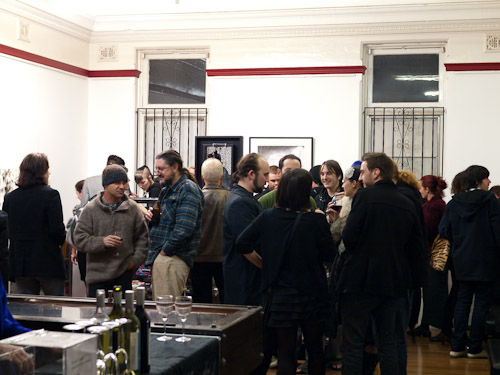