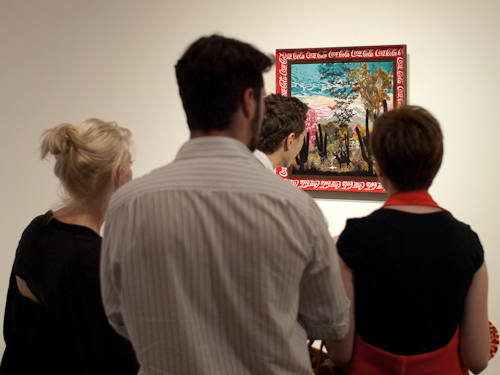 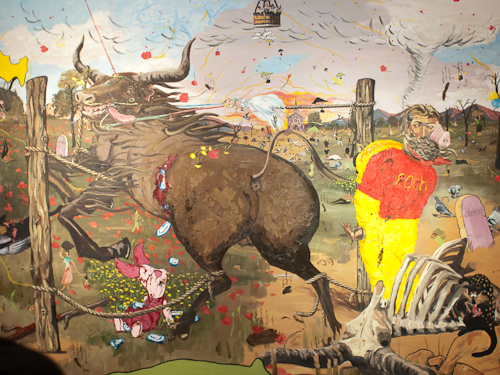 Fergus Binns collection was vibrant and maybe a little psychotic. His work in oils commenting on traditional technique and appropriation hung alongside mixed media works, some of which almost seemed a shrine to the $2 store. 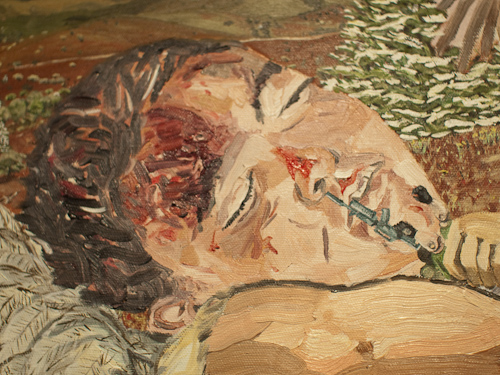 According to Binns, he’s not a fan of the explanatory citation, instead he leaves interpretation up to the viewer. In this collection there are so many familiar themes and characters that an instinctive meaning from each viewer is fairly well guaranteed. 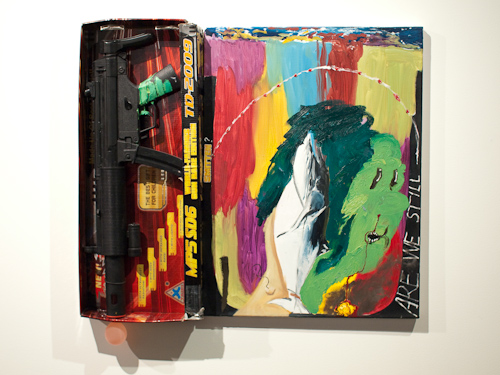 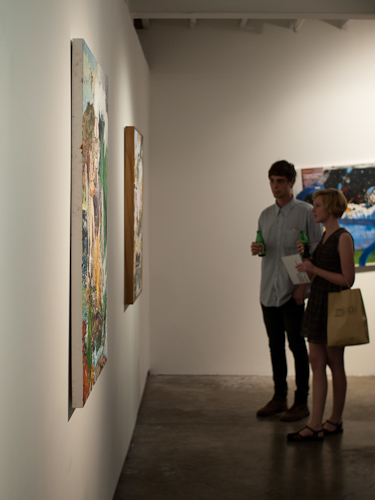 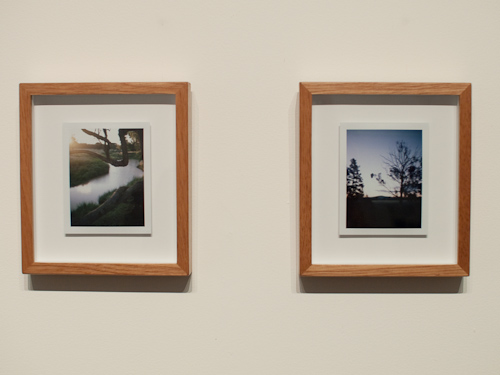 Rachel Fuller’s work included a copy of a letter she never received from her grandmother, a collection of photos and a floor plan created from dry autumn leaves. The show was intensely personal, giving an insight into the artist relationship with her family and her sense of betrayal at being sent to boarding school, 500km from the only home she had even known. 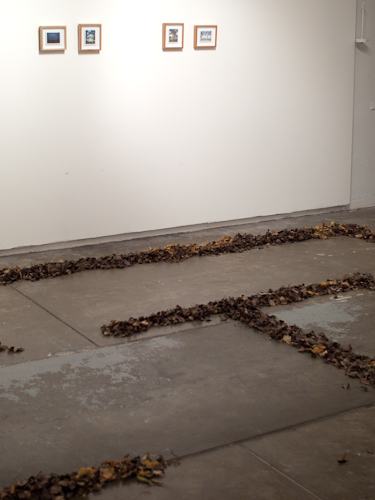 Before reading the background to the installation, we couldn’t help but feel a connection to it, in the familiar landscapes captured in the photos. And of course in the internal battle we each fought with our self control, not to crunch the leave under our feet, or throw them around the room at each other. 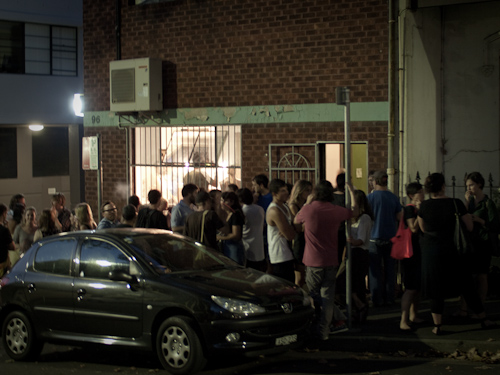 A nice crowd was out for the opening, do doubt leaving behind a a happy gallery and two happy artists.