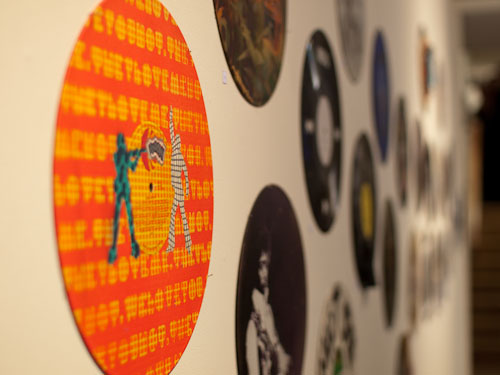 Hardware gallery has a hidden secret; it is a cover operation for something far more sinister. The gallery’s Record Room brings vinyl fanatics from all over Sydney to this particular spot on Enmore Road to flick through thousandss of records in hope of finding some missing gem for their collection.

With this in mind, it’s no great surprise that owner Lew Palaitis decided to fuse his passions for art and vinyl to mix thing up a bit (no pun intended). Medium Vinyl is a mini-festival designed to celebrate the vinyl record: it is an exhibition, a record fair and a house party. 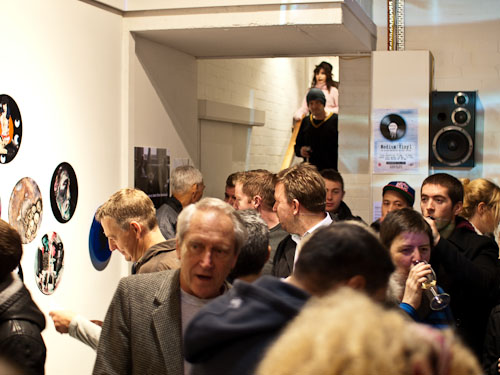 We made it out to the opening night event. Approximately 150 artists had been given old vinyl and the simple brief of turning it into “art”. The result was fascinating. Many artists went ahead and used their vinyl as a canvas, while others smashed it, melted it, cast it or sculpted it. 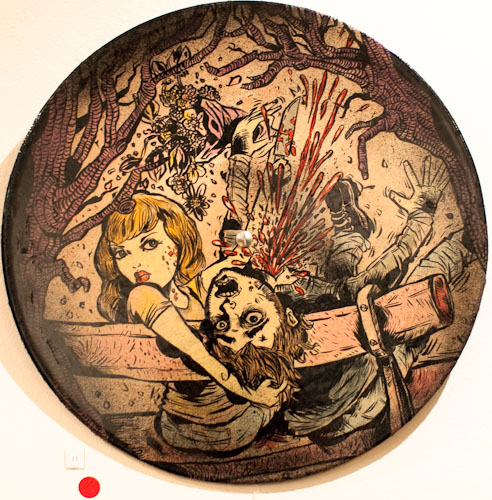 With such limitless possibilities (except the vinyl thing of course) it made for a fantastically diverse show. Every medium and genre imaginable was represented. 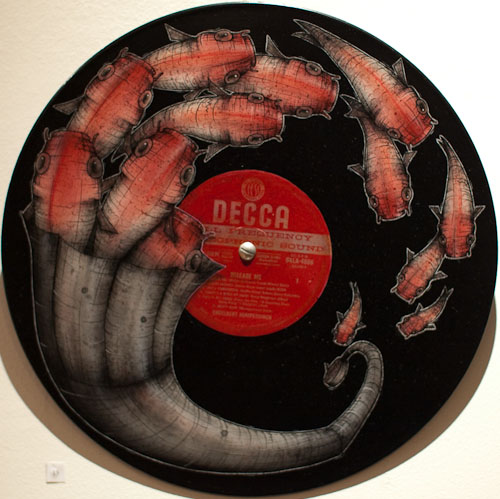 We were hugely impressed with the technical skill that many of the artists invested in the challenge. And being such a huge show, it was an excellent opportunity for emerging as well as established artists to get some exposure with the media and their peers. 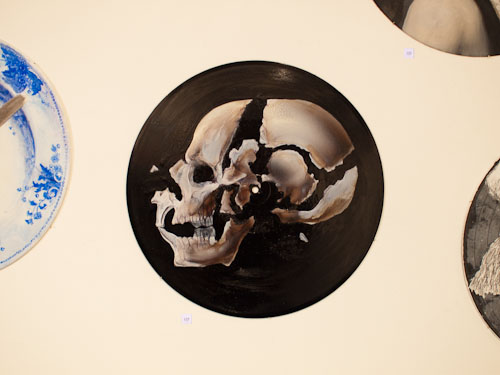 Our pick of the evening was a tie between Jasmin Dessmann, Katlin Beckett and Pierre Lloga… which unfortunately won’t help them out much because we forgot to vote in the people’s choice award… sorry! 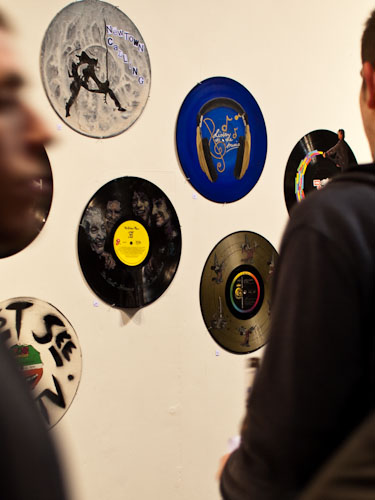 As the rooms filled up and the wine flowed, the formal proceedings kicked off. A very entertaining speech from special guest Maynard (no kids, not the Tool guy) was the official opener for the event. 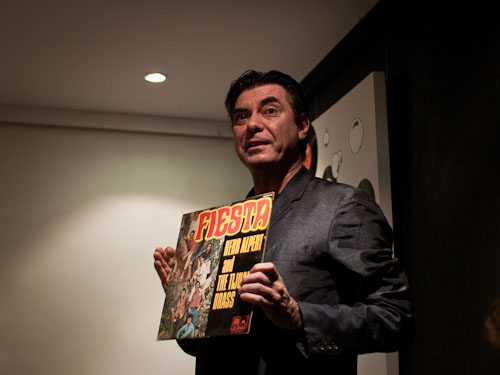 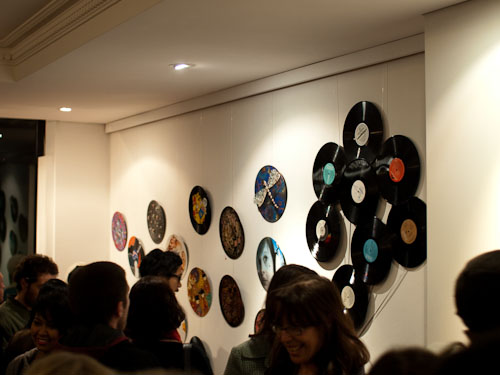 We must also mention the impressive turn out for such a miserable rainy night. Snuggly and warm in a packed gallery with a glass of wine in hand: bliss. 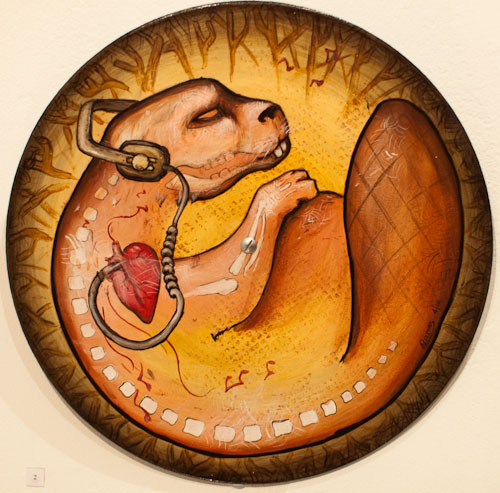 Listen to My Beat - Aramas Ridge, acrylic on vinyl 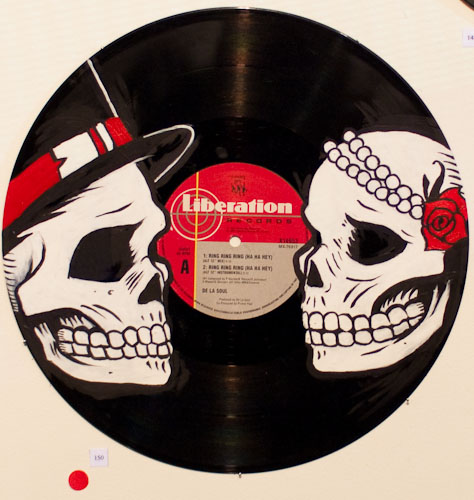 A comforting number of red dots appeared as the night wore on. 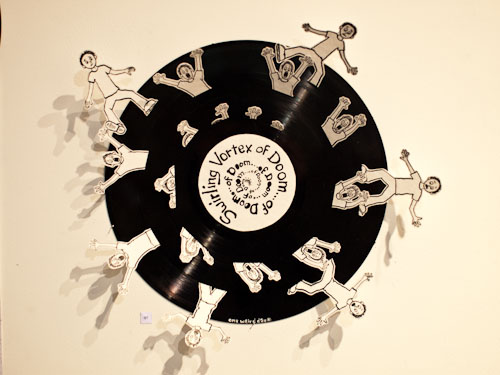 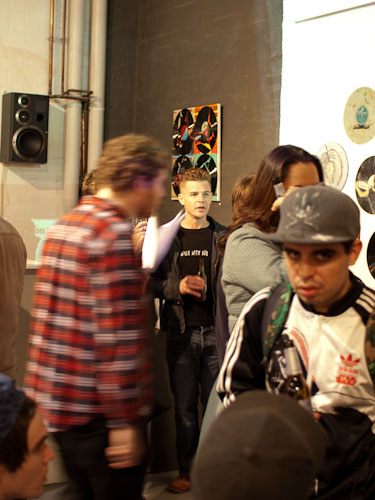 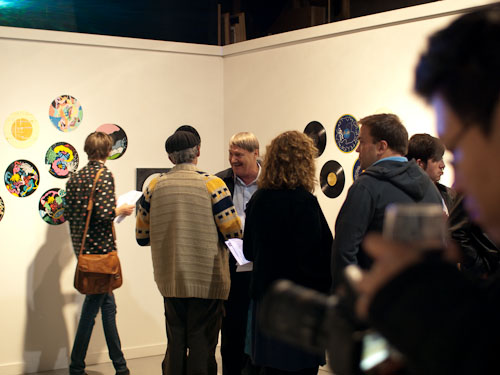 The downstairs gallery was dotted with the required vinyl circles. It looked fantastic. Although Hardware is a big space, we vote that if there’s a next time the number of artist should be doubled ;). 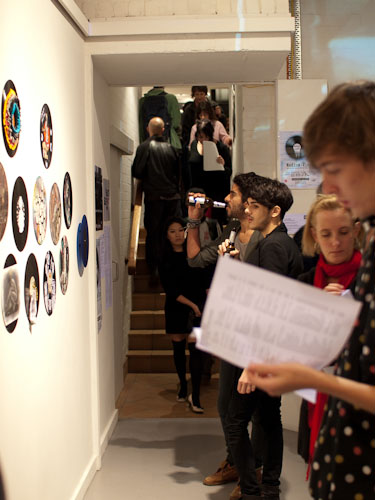 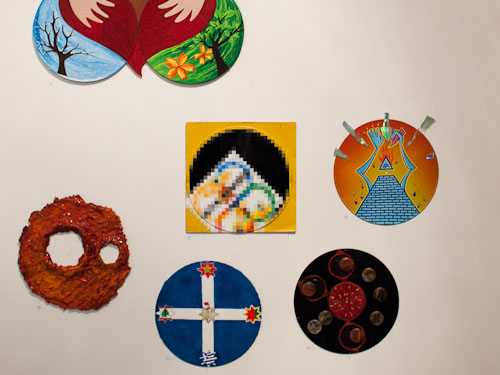 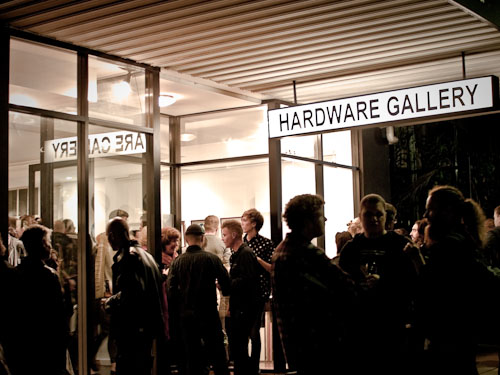 As always, great show. Check it out, and the vinyl market if you get a chance. Adios for now.